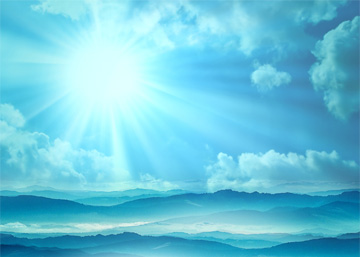 The age of command and control leadership is coming to an end. The new leaders of the future have to be more of a coach, felicitator and coordinator than a commander or in other words he has to be not only a supervising manager who gets things done but also an enabling teacher or a guru who inspires and awakens people to higher motives and their greater potentialities. This is now recognised in modern management thinking on leadership. For example, James McGregor Burns, a well-known leadership guru, regards this power to awaken higher motives and potentialities in the followers as an important quality of what he calls as “transformational leadership”. Here comes the importance of the Indian concept of the Guru. In this Indian conception a true Guru is someone who awakens the divinity or higher self in the disciple by his living example, silent presence and illumined instructions. All these three methods have a living relevance for transformational leadership. The following passage by Sri Aurobindo is written in the context of integral yoga and spiritual development, but the basic principles of the process of inner and higher awakening is more or less the same for the spiritual as well as secular leadership.

Teaching, example, influence, – these are the three instruments of the Guru. But the wise Teacher will not seek to impose himself or his opinions on the passive acceptance of the receptive mind; he will throw in only what is productive and sure as a seed which will grow under the divine fostering within. He will seek to awaken much more than to instruct; he will aim at the growth of the faculties and the experiences by a natural process and free expansion. He will give a method as an aid, as a utilisable device, not as an imperative formula or a fixed routine. And he will be on his guard against any turning of the means into a limitation, against the mechanising of process. His whole business is to awaken the divine light and set working the divine force of which he himself is only a means and an aid, a body or a channel.

The example is more powerful than the instruction; but it is not the example of the outward acts or that of the personal character which is of most importance. These have their place and their utility; but what will most stimulate aspiration in others is the central fact of the divine realisation within him governing his whole life and inner state and all his activities. This is the universal and essential element; the rest belongs to individual person and circumstance. It is this dynamic realisation that the sadhaka must feel and reproduce in himself according to his own nature; he need not strive after an imitation from outside which may well be sterilising rather than productive of right and natural fruits.

Influence is more important than example. Influence is not the outward authority of the Teacher over his disciple, but the power of his contact, of his presence, of the nearness of his soul to the soul of another, infusing into it, even though in silence, that which he himself is and possesses. This is the supreme sign of the Master. For the greatest Master is much less a Teacher than a Presence pouring the divine consciousness and its constituting light and power and purity and bliss into all who are receptive around him.

And it shall also be a sign of the teacher of the integral Yoga that he does not arrogate to himself Guruhood in a humanly vain and self-exalting spirit. His work, if he has one, is a trust from above, he himself a channel, a vessel or a representative. He is a man helping his brothers, a child leading children, a Light kindling other lights, an awakened Soul awakening souls, at highest a Power or Presence of the Divine calling to him other powers of the Divine.