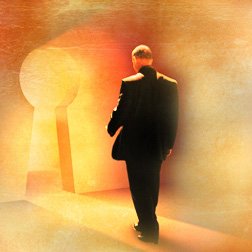 We have discussed in some detail the theme of shaping values in one of our earlier issues of FDI. (December, 2011). This task of inculcating values requires leaders with strong character. One of the main causes of corruption and moral decay in our society is due to lack of character in us and in our leaders. Outer remedies for corruption like the Lok Pal are necessary but not enough.

The lasting remedy to corruption lies in eliminating or transforming the corrupting element in us and strengthening our purer and nobler self which is the source of virtues, values and character. Without this inner transformation, if we keep the corrupting darkness within us unchanged and untouched, it will seep through every human institution, including those created to eliminate corruption. So the long-term remedy to corruption lies not in creating more and more external institution for policing corruption, but in building inner character in people and in our leaders. In other words, what we need today is a character building education.

But what do we mean by “character” or to be more precise, a good, a noble or integral character? Popular conceptions associate characters with outward nobility in behaviour like for example, freedom from smoking, drinking or sexual indulgence. But the foundation of character is inward. A well-known modern seer once told bluntly a conservative audience something like this: most of you sitting here are full of negative thoughts and feelings like envy, jealousy, greed but outwardly presenting a socially respectable appearance. But when someone indulges in sex you look down upon him as immoral. With all the immoral feelings within you, in what way you are better? There is a valid truth in this observation. This doesn’t mean right outer behaviour or action is not important. But our outer behaviour will be authentic, sincere and effective only when it is a spontaneous expression of a corresponding inner condition.

So, building character has to be a process which has to begin from within, by sowing seeds of character in the consciousness of the individual. What are these seeds of character? Clarity and sincerity in the mind; kindness, generosity and compassion in the heart; strength, firmness and self-mastery in the will; courage, energy and endurance in the vitality; aspiration for higher values like truth, beauty and goodness in the soul and the will to manifest them in the outer life – these are the qualities which constitute what we call as “strength of character”. In a spiritual perspective, freedom from ego, desire and selfishness in thought, feelings, will and action are the foundation of character.

How to build such a balanced character? Not by moral sermons and lectures but by an inner and outer discipline put into practice in our daily life, with a sustained persistence. This issue of FDI presents the principles and methodologies of such a character-building education.

The main focus of this issue is not on theoretical discussion on the concept of character but on the practical discipline for building character, difficulties involved in this task and how to overcome them.