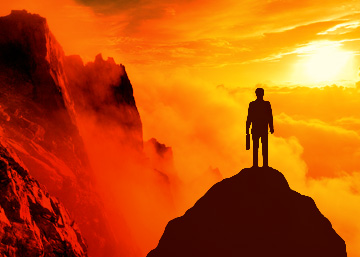 The main emphasis of most of the corporate evaluation models is on performance. However, in an integral perspective, performance alone is not sufficient for evaluating a corporate leader. In the contemporary corporate environment where ethics is becoming an important factor and some of the high-performing executives are coming under critical scrutiny for ethical violations, we must add one more important dimension: Character. This article provides a brief perspective on the facets of character and some important indicators for assessing character.

The Meaning of Character

This brings us to the question what is this allusive quality called “Character” or to be more precise good, noble or wholesome character. In popular conception, character is associated with morality or sexual morality. However for corporate leadership we need a broader framework which includes ethics and also other qualities related to the total development of the personality. In this integral perspective, character is the inner foundation of long-term sustainable performance. We may look at character in terms of the following dimensions:

1. Life Governed by Higher Values: Constant aspiration for and a life of work and action governed by higher values like truth, beauty, goodness, harmony and unity.
2. Integrity of the Personality: Honesty and integrity in thought and speech and a consistent harmony in thought, feeling and action organised around higher values.
3. Light and Calm in the Mind: Clarity in thinking and the ability to remain calm and undisturbed in all circumstances, especially in difficult and crisis situation.
4. Caring Heart: Kindness, generosity and compassion in the heart oriented towards the well-being of people and the society.
5. Courage, Energy and Force in the Vitality: Courage to admit mistakes, explore the unknown and confront threatening situation; ability to sustain high-level of energy for prolonged period; forceful in execution of the idea.
6. Firmness and Strength in Will: Unyielding persistence in will in following a course of action or decision to its material conclusion; firmness in upholding values and principles.
7. Self-awareness and Self management: Knowing oneself and mastering oneself.
8. Mastery over ego: Ability to rise beyond the self-interest, ambition and greed of the ego and serve a higher cause or well-being of the larger whole.

How to Assess Character?

The most visible indicator of character is outer behaviour. But assessment of inner character should not be based entirely on outer behaviour. A clever and cunning person can hide all his dubious or dark motives behind a pleasant or noble outer appearance and behaviour. We must look for more subjective indicators.

Another important factor we have to keep in mind in evaluating character is that we, human beings, are an imperfect organism. Very few people are perfect in all the six dimensions of character we have listed earlier. When we examine the lives of great leaders of the world who have contributed significantly to human progress, we will find most of them had some defects or flaws in their character or personality. As Sri Aurobindo points out:

So a too heavy emphasis on external morality in assessing character may exclude people with great capacity for thought, action and execution, which are essential for effective leadership in the corporate world. We can’t expect a modern corporate leader to be a perfect or a sattwic saint. An effective corporate leader has to be essentially or centrally a rajasic man or woman of action governed by sattwic values. And a strong rajasic personality may have some defects in his or her external character. We should not give too much importance to such minor flaws of character in surface nature.

Here is an illustrative Zen story on the subject. Someone comes to a Zen master and starts criticizing another Zen master, pointing out defects in his character. The master asks one of his disciples to bring a large white sheet. With a pen he puts a black spot on the paper and asks the person, “What is this?” He replies, “A black spot.” The master replies with a smile: “You are not able to see the large white expanse in the sheet but only the black spot. Your criticism of the other master is of the same kind. You are not able to feel the large greatness and nobility of his being but looking at some small and trivial defects in his surface being.”

Thus, in assessing character our aim must be to discover the extent of the white expanse of positive qualities behind whatever small black spots in the external personality. But how to do it? What is the method or process? The most effective way to assess character is through intuition. Someone who has good character can intuitively feel the quality of character in the other person. And the highest form of intuition is knowledge by identity which means the ability to know the object of knowledge by becoming one with it in consciousness. In understanding a person, knowledge-by-identity means the ability to identify with the inner being of the person and know his thoughts and feelings and motives. This capacity for intuitive knowledge can be developed by appropriate discipline and this discipline can be incorporated in management education and leadership development programmes.

Along with intuition, we may also have to use more external methods. For example probing personal interviews with people who interact everyday with the person, when they are conducted with sufficient tact and skill and with a clear objective of assessing character, can reveal things behind outer appearances.

The other indicator of character is the total impact of the leader over a period of time on the social, mental and moral character of the community he is leading. A leader with a strong and great character can elevate the character of a community as a whole. For example during the Indian freedom movement, leaders with great character like Sri Aurobindo, Gandhi, Tilak and Bankim raised the moral consciousness of the entire nation. Similarly in the corporate world, in the Tata Group in India, the strong moral foundation laid by the founders of the group, and later J.R.D. Tata, made the group well-known for its ethics and values.

However this domain of evaluating character is a difficult task which requires much research and thinking from the management scholars and professionals. But first, the corporate mind must feel the importance of character for effective leadership and the need for assessing it. When this need is there, then the mind in business, which is very active and innovative, will evolve a system through research, thinking and experimentation.

One thought on “Dimensions of Character”