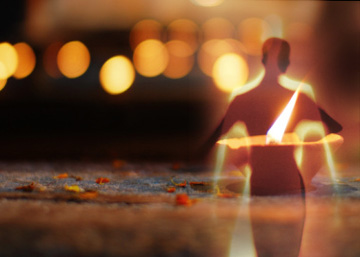 Cultivation of the heart; fundamentals for moral training; basics of religious education; an illustrative story.

Cultivation of the Heart

In the economy of man the mental nature rests upon the moral, and the education of the intellect divorced from the perfection of the moral and emotional nature is injurious to human progress. Yet, while it is easy to arrange some kind of curriculum or syllabus which will do well enough for the training of the mind, it has not yet been found possible to provide under modern conditions a suitable moral training for the school and college. The attempt to make boys moral and religious by the teaching of moral and religious text-books is a vanity and a delusion, precisely because the heart is not the mind and to instruct the mind does not necessarily improve the heart. It would be an error to say that it has no effect. It throws certain seeds of thought into the antahkarana and, if these thoughts become habitual, they influence the conduct. But the danger of moral text-books is that they make the thinking of high things mechanical and artificial, and whatever is mechanical and artificial is inoperative for good.

There are three things which are of the utmost importance in dealing with a man’s moral nature, the emotions, the samskaras or formed habits and associations, and the svabhava or nature. The only way for him to train himself morally is to habituate himself to the right emotions, the noblest associations, the best mental, emotional and physical habits and the following out in right action of the fundamental impulses of his essential nature. You can impose a certain discipline on children, dress them into a certain mould, lash them into a desired path, but unless you can get their hearts and natures on your side, the conformity to this imposed rule becomes a hypocritical and heartless, a conventional, often a cowardly compliance. Only what the man admires and accepts, becomes part of himself; the rest is a mask. He conforms to the discipline of society as he conformed to the moral routine of home and school, but considers himself at liberty to guide his real life, inner and private, according to his own likings and passions. On the other hand, to neglect moral and religious education altogether is to corrupt the race.

As in the education of the mind, so in the education of the heart, the best way is to put the child into the right road to his own perfection and encourage him to follow it, watching, suggesting, helping, but not interfering. The one excellent element in the English boarding school is that the master at his best stands there as a moral guide and example leaving the boys largely to influence and help each other in following the path silently shown to them. But the method practised is crude and marred by the excess of outer discipline, for which the pupils have no respect except that of fear, and the exiguity of the inner assistance. The little good that is done is outweighed by much evil. The old Indian system of the guru commanding by his knowledge and sanctity the implicit obedience, perfect admiration, reverent emulation of the student was a far superior method of moral discipline. It is impossible to restore that ancient system; but it is not impossible to substitute the wise friend, guide and helper for the hired instructor or the benevolent policeman which is all that the European system usually makes of the pedagogue.

The Fundamentals of Moral Training

The first rule of moral training is to suggest and invite, not command or impose. The best method of suggestion is by personal example, daily converse and the books read from day to day. These books should contain, for the younger student, the lofty examples of the past given, not as moral lessons, but as things of supreme human interest, and, for the elder student, the great thoughts of great souls, the passages of literature which set fire to the highest emotions and prompt the highest ideals and aspirations, the records of history and biography which exemplify the living of those great thoughts, noble emotions and aspiring ideals. This is a kind of good company, satsanga, which can seldom fail to have effect, so long as sententious sermonising is avoided, and becomes of the highest effect if the personal life of the teacher is itself moulded by the great things he places before his pupils. It cannot, however, have full force unless the young life is given an opportunity, within its limited sphere, of embodying in action the moral impulses which rise within it.(1) The thirst of knowledge, the self-devotion, the purity, the renunciation of the Brahmin, – the courage, ardour, honour, nobility, chivalry, patriotism of the Kshatriya, – the beneficence, skill, industry, generous enterprise and large open-handedness of the Vaishya, – the self-effacement and loving service of the Shudra, – these are the qualities of a truly cultured human being. They constitute the moral temper we desire in our young men, in the whole nation. But how can we get them if we do not give opportunities to the young to train themselves in this tradition, to form by the practice and familiarity of childhood and boyhood the stuff of which their adult lives must be made?

Every boy should, therefore, be given practical opportunity as well as intellectual encouragement to develop all that is best in his nature. If he has bad qualities, bad habits, bad samskaras whether of mind or body, he should not be treated harshly as a delinquent, but encouraged to get rid of them by the Rajayogic method of samyama, rejection and substitution. He should be encouraged to think of them, not as sins or offences, but as symptoms of a curable disease alterable by a steady and sustained effort of the will, – falsehood being rejected whenever it rises into the mind and replaced by truth, fear by courage, selfishness by sacrifice and renunciation, malice by love. Great care will have to be taken that unformed virtues are not rejected as faults. The wildness and recklessness of many young natures are only the overflowings of an excessive strength, greatness and nobility. They should be purified, not discouraged.

The Basics of Religious Education

I have spoken of morality; it is necessary to speak a word of religious teaching. There is a strange idea prevalent that by merely teaching the dogmas of religion children can be made pious and moral. This is an European error, and its practice either leads to mechanical acceptance of a creed having no effect on the inner and little on the outer life, or it creates the fanatic, the pietist, the ritualist or the unctuous hypocrite. Religion has to be lived, not learned as a creed. The singular compromise made in the so-called National Education of Bengal, making the teaching of religious beliefs compulsory, but forbidding the practice of anusthana or religious exercises, is a sample of the ignorant confusion which distracts men’s minds on this subject. The prohibition is a sop to secularism declared or concealed. No religious teaching is of any value unless it is lived, and the use of various kinds of sadhana, spiritual self-training and exercise, is the only effective preparation for religious living. The ritual of prayer, homage, ceremony is craved for by many minds as an essential preparation and, if not made an end in itself, is a great help to spiritual progress; if it is withheld, some other form of meditation, devotion or religious duty must be put in its place.

Otherwise, religious teaching is of little use and would almost be better ungiven. But whether distinct teaching in any form of religion is imparted or not, the essence of religion, to live for God, for humanity, for country, for others and for oneself in these, must be made the ideal in every school which calls itself national.

The following story illustrates this aspect of moral education:

A King of ancient India came to his Guru with his prince, a young boy. He told his Guru, “Sir, this boy is going to inherit my kingdom after me. I request you to give him a suitable education which will make him a good king.”

The Guru said, “Yes, you leave your boy with me and come back after six months. I will train him to be a good king.”

The next day, in the morning, Guru told many stories on kindness, generosity and compassion to the boy and said to him, “My dear child, now you go out and wander around in the city. Look for as many opportunities as possible to put into practice what you have learnt from the stories. You should not come back home without doing atleast a few acts of kindness. You will do this everyday. This will be your education for the next six months.”

Thus, everyday after listening to stories on kindness from his teacher, the young prince went out into the world and found many occasion to be kind and helpful to others. After six months the King came back to his Guru and asked, “Sir, is my son ready to be a good king?” The Guru said: “Yes, you can take your son back. He will be a great king because he has developed a kind and compassionate heart. He will not run after power or wealth for himself because a compassionate heart cannot be greedy. Whatever wealth or power he has or acquires, he will use it for the well-being of his subjects.”