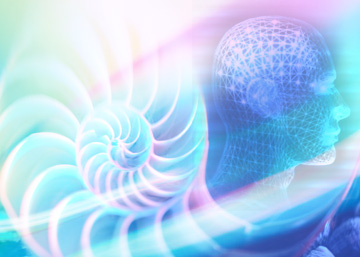 The conceptual, pragmatic, emotional and dynamic intelligences are the four faculties which are essential for effective and efficient professional work. This article describes briefly how to develop these intelligences in the corporate context and environment.

The conceptual intelligence is that part of our cognitive equipment, which is capable of abstract thinking and can generate pure ideas and concepts. In the corporate world, advent of Management as an academic discipline and the concept of management consultancy are important landmark in its psychological evolution, because they herald the awakening of the conceptual mind in business. The conceptual mind develops by following activities or discipline:

This brings us to the question how important or useful this conceptual mind for a knowledge worker in the corporate world who has to do mostly pragmatic work? The conceptual mind, when it is well developed, deepens and broadens the mental consciousness, and as a result, makes it more and more receptive to the large idea-forces of the universal mind. This enhances the creative potentialities of the mind in general and also accelerates the mental evolution of the individual. So, not only the academic and consultant, but also the line-manager, executive and professional has to make the attempt to develop his conceptual intelligence on the lines we have indicated earlier. For example enquiries like “what is the purpose of business in fulfilling the evolutionary destiny of humanity and earth” or “what is the meaning and significance of higher values like truth, beauty and goodness for business and the various functions of business like finance, marketing or manufacturing” can be of great help in developing the conceptual mind. In short, development of the conceptual mind makes a person deeply thoughtful, which is very much need for the managers and entrepreneurs of the knowledge-society. Interestingly, Steve Hamm’s, senior editor of Business Week, in his book on Wipro, the Indian software company, makes the following observation on Azim Premji, the founder of Wipro, which brings out the importance of conceptual mind:

“Premji’s experience at Stanford had prepared him to be a different sort of leader. Unlike Indian engineering programs of the time, Stanford’s program required engineering students to take a wide range of liberal arts courses, including English literature, Western civilization, philosophy and psychology. Premji says this made him a thoughtful person.” – Steve Hamm in “Bangalore Tiger” p.33

The other important faculty of knowledge is the pragmatic intelligence. Problem solving, innovation, improvement, efficiency, productivity, adaptability are core competence of this part of human consciousness. All these are very much part of the modern corporate culture. The corporate consciousness of business lives predominantly in this part of human mind, aided and supported by conceptual inputs from the management academia and the consultant community. So, the field executive or a line manager in the corporate world doesn’t require much of special training in developing his or her pragmatic intelligence. He or she is more or less forced to develop his or her pragmatic mind, by the pressure of the modern corporate culture, more or less unconsciously.

However, a conscious systematic attempt to develop all these inclinations and competencies of the pragmatic intelligence to their utmost limits can accelerate its growth. For example a systematic and conscious effort towards time-management or pursuit of continuous improvement in work, trying to do the work better and better, asking every day “in what way I can improve the productivity and quality of my work” enhances the potentialities of the pragmatic intelligence. The other discipline for developing the pragmatic intelligence is to think out the practical implications of theoretical and philosophical ideas for individual, corporate or managerial effectiveness. As we have indicated earlier, for a corporate professional or field executive, theoretical and philosophical studies and enquiries help in the development of his conceptual mind. And when he comes across such ideas in the course of his study, if he can also contemplate the practical implication of these ideas for his own self-development or for enhancing his professional performance or for improving the quality of life of his community it leads to a further enrichment of his pragmatic intelligence.

Much has been said and written about this brainchild of Daniel Goleman. There is no use in reinventing the wheel and repeating the conception of Goleman. Let us try to look at emotional intelligence in a different perspective. In the conception of integral psychology, emotional intelligence means the heart that knows, or the intelligence inherent in our emotional faculties. For as Sri Aurobindo points out, “our feelings too contain a power of knowledge and a power of effectuation which we do not properly develop.”

Can feelings know? Is there such intelligence in our feelings? For example, when we love a person deeply and truly without attachment, we are able to understand the inner condition and the needs of that person with a feeling “in-sight”, which is an expression of emotional intelligence. The other example of emotional intelligence is a well-known phenomenon in the world of spiritual seekers. There are seekers who are simple, uneducated with very little mental development, but with a pure love and devotion to God or their Masters. Such seekers have sometimes a much deeper insight and understanding of scriptures or the teachings of their Masters’ than erudite scholars who have written voluminous book on scriptures or teachings.

This brings us to the practical question how to develop the emotional intelligence. The first step is to learn to observe carefully without identification and with the attitude of a witness the inner movements of our consciousness especially our emotional being. The second step is to understand what is the type of thoughts and feelings which obscures, darkens or distorts our emotions and conversely which of them has a positive impact, bringing light and harmony. When we make this experiment we will understand the practical validity of some of the moral and psychological disciplines of Indian yoga. We will find negative feelings like anxiety, restlessness, fear, anger, obscures and darkens our emotions and conversely positive feelings like peace, benevolence, kindness, compassion clarifies and purifies our feeling and brings forward the intelligence inherent in our emotions. The third step is to consciously cultivate thoughts and feelings which illumines our emotional being and reject all that darken or distorts it.

The faculty of will has a mental and vital element. The mental or cognitive element is the act of choice and judgement. The vital or dynamic element is the firmness, persistence, endurance and strength in the upholding and enforcing the choice in action result, realization. What is called as Faith is the expression of the intelligence in will. However, true faith is not the belief in the surface mind, but the intuition of the deeper and inner being and its will. It is the intuition of an unmanifest potentiality of our inner being not yet manifested at the surface level. All great men of action have this faith. They persist in realizing a goal, which may appear impossible or totally contradictory to the present condition. But they still persist, because the intelligence or faith in their will knows that they have the potential to do it and can do it. This intelligence in the will can be developed by rejecting pessimistic thinking, which darkens and weaken the will, and consciously cultivating a hopeful and optimistic attitude and a sunny self-confidence.

The other part of dynamic intelligence is the vital force, which animates our body and mind. This vital force, called as Prana in Indian thought and Anima in Jungian psychology, is the source of energy, enthusiasm, desire, emotional intensity, force and effectiveness in executive action. It is the combined power of will and vital force, which converts an idea or knowledge into a force for material realization. This force and intelligence of life in us grows by joyous participation in all the varied activities of the life around us, building harmonious relationship and also confronting all the problems, difficulties, dualities and challenges of life with equanimity, courage, endurance, faith and hope.