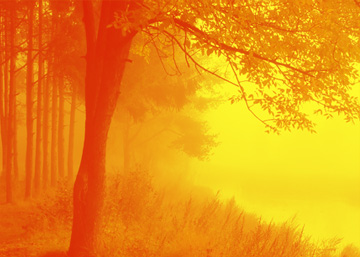 How to bring order into our consciousness.

The essence of self-management is to organize our consciousness. In this article Mother explains how to do it.

One must be clearly aware of the origin of one’s movements because there are contradictory velleities in the being – some pushing you here, others pushing you there, and that obviously creates a chaos in life. If you observe yourself, you will see that as soon as you do something which disturbs you a little, the mind immediately gives you a favourable reason to justify yourself, this mind is capable of gilding everything. In these conditions it is difficult to know oneself. One must be absolutely sincere to be able to do it and to see clearly into all the little falsehoods of the mental being.

If in your mind you go over the various movements and reactions of the day like one repeating indefinitely the same thing, you will not progress. If this reviewing is to make you progress, you must find something within you in whose light you can be yourself your own judge, something which represents for you the best part of yourself, which has some light, some goodwill and which precisely is in love with progress. Place that before you and first, pass across it as in a cinema all that you have done, all that you have felt, your impulses, your thoughts, etc.; then try to coordinate them, that is, find out why this has followed that. And look at the luminous screen that is before you: certain things pass by well, without throwing a shadow; others, on the contrary, throw a little shadow; others yet cast a shadow altogether black and disagreeable.

You must do this very sincerely, as though you were playing a game: under such circumstances I did such and such a thing, feeling like this and thinking in this way; I have before me my ideal of knowledge and self mastery, well, was this act in keeping with my ideal or not? If it was, it would not leave any shadow on the screen, which would remain transparent, and one would not have to worry about it. If it is not in conformity, it casts a shadow. Why has it left this shadow? What was there in this act that was contrary to the will to self-knowledge and self-mastery? Most often you will find that it corresponds to unconsciousness – then you file it among unconscious things and resolve that next time you will try to be conscious before doing anything. But in other cases you will see that it was a nasty little egoism, quite black, which had come to distort your action or your thought.

Then you place this egoism before your “light” and ask yourself: “Why has it the right to make me act like that, think like that?…” And instead of accepting any odd explanation you must search and you will find in a corner of your being something which thinks and says, “Ah, no, I shall accept everything but that.” You will see that it is a petty vanity, a movement of self-love, an egoistic feeling hidden somewhere, a hundred things. Then you take a good look at – these things in the light of your ideal: “Is cherishing this movement in conformity with my seeking and the realisation of my ideal or not? I put this little dark corner in front of the light until the light enters into it and it disappears.” Then the comedy is over.

But the comedy of your whole day is not finished yet, you know, for there are many things which have to pass thus before the light. But if you continue this game – for truly it is a game, if you do this sincerely – I assure you that in six months you will not recognise yourself, you will say to yourself, “What? I was like that! It is impossible!”

You may be five years old or twenty, fifty or sixty and yet transform yourself in this way by putting everything before this inner light. You will see that the elements which do not conform with your ideal are not generally elements which you have to throw wholly out of yourself (there are very few of this kind); they are simply things not in their place. If you organise everything – your feelings, your thoughts, your impulses, etc. around the psychic centre which is the inner light, you will see that all inner disorder will change into a luminous order.

It is quite evident that if a similar procedure were adopted by a nation or by the earth, most of the things which make men unhappy would disappear, for the major part of the world’s misery comes from the fact that things are not in their place. If life were organised in such a way that nothing was wasted and each thing was in its place, most of these miseries would not exist any longer. An old sage has said:

“There is no evil. There is only a lack of balance.”

“There is nothing bad. Only things are not in their place.”

If everything were in its place, in nations, in the material world, in the actions and thoughts and feelings of individuals, the greater part of human suffering would disappear.