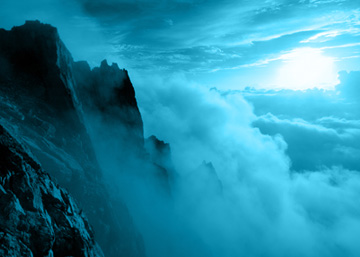 This article describes the nature of some important faculties in us, which are essential for a total creative action.

The Exact and the Marvellous

In education, both tendencies should be encouraged side by side: the tendency to thirst for the marvellous, for what seems unrealisable, for something which fills you with the feeling of divinity; while at the same time encouraging exact, correct, sincere observation in the perception of the world as it is, the suppression of all imagination, a constant control, a highly practical and meticulous sense for exact details. Both should go side by side. Usually, you kill the one with the idea that this is necessary in order to foster the other – this is completely wrong. Both can be simultaneous and there comes a time when one has enough knowledge to know that they are the two aspects of the same thing: insight, a higher discernment. But instead of a narrow, limited insight and discernment, the discernment becomes entirely sincere, correct, exact, but it is vast, it includes a whole domain that does not yet belong to the concrete manifestation.

From the point of view of education, this would be very important: to see the world as it is, exactly, unadorned, in the most down-to-earth and concrete manner; and to see the world as it can be, with the freest, highest vision, the one most full of hope and aspiration and marvellous certitude-as the two poles of discernment.

The most splendid, most marvellous, most powerful, most expressive, most total things we can imagine are nothing compared to what they can be; and at the same time our meticulous exactitude in the tiniest detail is never exact enough. And both must go together. When one knows this (downward gesture) and when one knows that (upward gesture), one is able to put the two together.

The Torch Light of Attention

It is exactly as though you had what is called “a torch light”, a small beacon-light, in your head at the place of observation. The scientists who want to do a certain work turn the beacon in one way, they always put it there and the beacon remains that way: they turn it towards matter, towards the details of matter. But people with imagination turn it upward, because up above, there is everything, all inspirations in artistic and literary things: this comes from another domain. It comes from a domain much more subtle, much less material. So these turn upward and want to receive the light from above. But it is the same instrument. It is the same power of a luminous ray upon something. But as you have made the habit of concentrating it in a certain direction, you are no more supple, you lose the habit of doing in any other way.

But you can at any time do both the things. When you are doing science, you turn in one direction and when you do literature you turn in another direction; but it is the same instrument: all depends on orientation. If you have concentration you can move this power of concentration from one place to another and in either case it will be effective. If you are occupied with science, you use it in a scientific way, and if you want to do art, you use it in an artistic way. But it is the same instrument and it is the same power of concentration. Simply because people do not know that they limit themselves. So the hinges get rusted, they do not turn any more. Otherwise if one keeps the habit of turning them, they continue to turn. Moreover, even from the ordinary point of view, it is not rare to find a scientist having as his hobby some artistic occupation and the reverse also. It is because they discovered that one is not harmful to the other and that it was the same faculty which could be utilised in both.