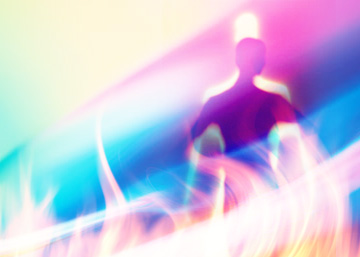 The Indian approach to transformation of human energies is embodied in two profound concepts of Indian philosophy: Brahmacharya and Tapas. They are some of the most misunderstood concepts in Indian thought. This article brings out the deeper meaning of these two Sanskrit terms and its practical implications for human energy management.

Concept and practice of Brahmacharya; transformation of sexual energy; mastery of the sexual impulse without suppression or indulgence; fire of Tapas; concentration and self-control; collective tapas.

The Concept of Brahmacharya

According to Sri Aurobindo, all human energy has a physical basis and foundation, though the source of all energy is spiritual. This physical basis of human energy exists in the human body as the vital-sexual fluid at the bottom of the spine. This fluid state of energy (retas) potentially contains hidden within it all the other higher luminous states of energy (tejas) in the form of heat, light and electricity. When this vital-sexual fluid is not wasted and allowed to run down in uncontrolled indulgence of vital passions but conserved and directed upwards by appropriate discipline, it progressively gets transformed into higher states of energy – first it becomes heat, tapas, stimulating the whole system with health, strength, energy and well-being; in the second stage, it becomes light, tejas, which is the source of all knowledge; in the third stage it becomes electricity, vidyut, which energises and strengthens the nerves and is the source of all vital vigour and dynamism that gives the individual the capacity for successful and forceful action.

Finally when the discipline is pursued further to the last stage of transformation the energy becomes ojas and informs the brain with that “primal energy which proceeds from ether” and “which is the most refined form of matter and nearest to the spirit.” This ojas is the source of “spiritual force… by which a man attains to spiritual knowledge, spiritual love and faith and spiritual strength.”

For those who like to play with modem scientific terminology, we may say Brahmacharya is the transformation of the “bio-plasmic” energy in the body from the fluidic state of jala to the thermodynamic energy of tapas, from the thermodynamic to the electromagnetic energy of light and electricity, tejas and vidyut, and finally from the electromagnetic to the nuclear or subatomic energy of ojas. While the modem scientific terminology refers only to the different states of material energy, the Sanskrit terminology denotes primarily the different states or stages of transformation of the vital energy in the body. But there may probably be some correspondence between them; various states of material energy discovered by modern physics could be the material expression of the corresponding states of vital energy.

The practical discipline of Brahmacharya consists of preventing all form of wastage and downward gravitation of the vital energy and directing it upwards by giving it a higher orientation. All forms of uncontrolled indulgence of vital desires and passion, especially sexual passion, in thought, feeling and act, waste the vital energy. On the other hand all forms of conscious self-control preserve and increases energy.

We must note here that what is enjoined here is not a complete abstinence from sex for all but a balanced control and mastery over all vital passions which wastes the vital energy, called in Indian yoga, Prana, which is the source of all creative dynamism and forceful action in every level of the individual. We would also like to repeat here that this control is insisted upon not for any moral reasons but for the conservation of the vital energy of human beings and transforming it into a higher form of energy, dynamism and creative force.

The special emphasis on control of the sexual impulse is primarily for two reasons: first, it is considered as the source of all energies in the human body; and second, it is the strongest and the most intense among vital passions, with the highest build-up of vital energy in the urge and maximum wastage of energy in the act. Therefore when the sexual energy is conserved and transformed it can become a great and potent force for the higher evolution of human beings.

This brings us to the questions how to achieve this mastery over the sexual impulse without suppression. There is a third yogic way beyond harmful suppression and slavish indulgence. This method of discipline is based on a faculty in our consciousness, which has the ability to observe itself and its movements as a witness. In this method when the impulse or passions rise, we neither suppress nor indulge in it. First we observe and then inwardly detach or disidentify our consciousness from the impulse and see it as a witness. As we put this discipline persistently and sincerely into practice, we will find that this witness-consciousness does not only observe and understand but also has a power of control for admitting, rejecting or directing our impulses, feelings or thoughts, which means power of mastery. In this way, when the sexual energy is preserved, it brings greater vital energy into our body and mind.

But to achieve the higher aims of Brahmacharya it is not enough to increase the fund of vital energy; it has to be directed upwards by giving it a higher orientation. The average man either wastes his vital energy in the satisfaction of his gross material desires like food and sex or else uses it to satisfy his higher vital ambition for power and success. But in neither case is there Brahmacharya. For the progressive transformation of energy envisaged in Brahmacharya, the increased fund of energy created by the discipline of Brahmacharya has to be turned toward the realisation of some higher mental, moral or spiritual aim and creatively released in some intellectual, artistic, ethical or spiritual pursuits. Offering the sexual impulse to the Divine, as an oblation into the fire of spiritual aspiration in the heart, is one of the most effective ways of transforming the sexual energy.

The Fire of Tapas

The second principle is Tapas. Here we have another Indian Yogic term which is loosely translated as penance or austerity. But Tapas is something much more positive than mere penance. The Indian scriptures declare that the divine Being created this world by Tapas; it is also said that nothing is impossible for a man who is capable of right Tapas. What exactly is this Tapas? Here again Sri Aurobindo brings out the true meaning of the word with his unerring Yogic insight:

Tapas is the energising conscious power of cosmic being by which the world is created, maintained and governed; it includes all concepts of Force, Will, Energy, Power, everything dynamic and dynamising.

Tapasya is the concentration of the will to get the results of Sadhana and to conquer the lower nature.

When the will and energy are concentrated and used to control the mind, vital and physical and change them or to bring down the higher consciousness or for any other Yogic purpose or high purpose, that is called Tapasya.

Thus Tapas is the practical aspect of the Indian theory of Brahmacharya. Tapasya means energisation of consciousness, focused and disciplined turning of the creative energies of human consciousness towards higher aims and purposes, especially for a moral and spiritual aim. Though the word Tapas is used in Indian tradition especially to denote moral and spiritual askesis, in a general sense all concentrated application of human energy – physical, vital, mental or spiritual – directed towards the realisation of some specific aim is Tapas. Success in any human endeavour requires Tapas.

Thus Tapas involves Concentration and Self-control, two great qualities which are constantly and repeatedly insisted upon in the Indian spiritual tradition. For it is only by a systematic and conscious discipline, concentration and control that the higher energies are conserved and cultivated and the lower energies transformed by directing them to higher aims.

But Tapas can be effective only when the method and aim of the discipline are in harmony with the natural temperament, swadharma, of the individual and the group. Only when the human energies get interested in the discipline and the process of Tapas, it becomes a spontaneous and joyful self-expression of the creative potentialities of the human being leading to harmonious growth. This is the reason why Indian culture never imposed the same and uniform discipline on all irrespective of their natural temperament, swadharma.

Whatever we have discussed above applies to the development of not only the individual but also to the collectivity. If the collective aim set before us is only an endless satisfaction of the physical-vital desires of life, Artha and Kama, then the Indian approach becomes redundant. But this is against Nature’s law and intention. We as humans, have to evolve beyond our Artha and Kama motives to the higher level of Dharma for our very survival. First, we have to fulfill our humanity through the path of dharma and then ascend beyond Dharma towards our super-human spiritual destiny, Moksha. For this higher evolution we have to turn our creative energies towards the realisation of these higher aims and values of Dharma and Moksha. This requires a much higher and qualitatively superior intellectual, moral and spiritual force than the one needed for progress in the Artha and Kama dimensions of life. These higher creative energies have to be developed, released and made consciously active in the individual and collective life of humanity. This means some form of collective Tapas with the priority attention focused on the development of the mental, moral, aesthetic and spiritual dimension of the individual and the group.