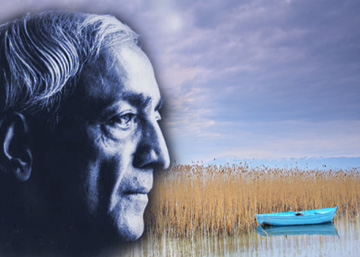 All Life is Yoga

Meditation should not become a monkish isolation from the throb of life. A living meditation has to be a part of life and a movement towards a better understanding and awareness of the totality of life as a whole.

Meditation is one of the greatest arts in life…. When you learn about yourself, watch yourself, watch the way you walk, how you eat, what you say, the gossip, the hate, the jealousy – if you are aware of all that in yourself, without any choice, that is part of meditation.

Meditation can take place when you are sitting in a bus or walking in the woods full of light and shadows, or listening to the singing of birds or looking at the face of your wife or child.

Mediation is hard work. It demands the highest form of discipline – not conformity, not imitation, not obedience – but a discipline which comes through constant awareness, not only of the things about you outwardly, but also inwardly. So meditation is not an activity of isolation but it is action in everyday life which demands co-operation, sensitivity and intelligence.

How is one to know oneself? Oneself is a very complex structure, a very complex movement; how is one to know oneself so that one does not deceive oneself? One can only know oneself in one’s relationship to others. In one’s relationship to others one may withdraw from them because one does not want to be hurt and in relationship one may discover that one is very jealous, dependent, attached and really quite callous. So relationship acts as a mirror in which one knows oneself. It is the same thing outwardly; the outer is a reflection of oneself, because society, governments, all these things, are created by human beings fundamentally the same as oneself.

Meditation is not something different from daily life; do not go off into the corner of a room and meditate for ten minutes, then come out of it and be a butcher – both metaphorically and actually. Meditation is one of the most serious things. You can do it all day, in the office, with the family, when you say to somebody, “I love you,” when you are considering your children. And when you so meditate you will find in it an extraordinary beauty; you will act rightly at every moment; and if you do not act rightly at a given moment it does not matter, you will pick it up again – you will not waste time in regret. Meditation is part of life, not something different from life.

Meditation is not a separate thing from life; it is the very essence of life, the very essence of daily living. To listen to those bells, to hear the laughter of that peasant as he walks by with his wife, to listen to the sound of the bell on the bicycle of the little girl as she passes by: it is the whole of life, and not just a fragment of it, that meditation opens.

Meditation is not a means to an end; there is no end, no arrival; it is a movement in time and out of time – Choiceless awareness of every thought and feeling, understanding of their motives, their mechanism, allowing them to blossom, is the beginning of meditation. When thought and feeling flourish and die, meditation is the movement beyond time. In this movement there is ecstasy; in complete emptiness there is love, and with love there is destruction and creation.

Meditation is that light in the mind which lights the way for action; and without that light there is no love.

The body must be still, healthy and without strain; sensitivity of feeling must be sharpened and sustained; and the mind with all its chattering, disturbances and gropings must come to an end. It is not the organism that one must begin with, but rather it is the mind with its opinions, prejudices and self-interest that must be seen to. When the mind is healthy, vital and vigorous, then feeling will be heightened and will be extremely sensitive. Then the body, with its own natural intelligence, which hasn’t been spoiled by habit and taste, will function as it should.

Meditation is a state of mind which looks at everything with complete attention, totally, not just parts of it.

We have to alter the structure of our society, its injustice, its appalling morality, the divisions it has created between man and man, the wars, the utter lack of affection and love that is destroying the world. If your meditation is only a personal matter, a thing which you personally enjoy, then it is not meditation. Meditation implies a complete radical change of the mind and the heart. This is only possible when there is this extraordinary sense of inward silence, and that alone brings about the religious mind. That mind knows what is sacred.