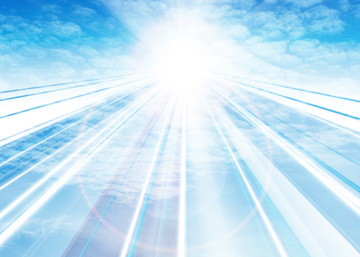 Our human mind is an instrument for formation and organization of knowledge for action. In this article Mother describes the nature and functions of the mental instrument and how to use them in the right way.

The Formative Power of Mind

The mind is an instrument of formation, of organisation and action. Why? The mind gives a form to the thoughts. This power of formation forms mental entities whose life is independent of the mind that has formed them – they act as beings that are at least semi-independent. One can form a thought which then travels, goes out to someone, spreads the idea it contains. There is a mental substance just as there is a physical substance, and on this plane the mind can emanate innumerable forms.

Thoughts are real entities which usually last until they are realised. Some people are obsessed by their own thoughts. They think of something and the thought returns and goes round and round in their heads as if it were something from outside. But it is their own formations returning again and again and striking the mind that has formed them. That is one aspect of the matter.

Did you ever have the experience of a thought taking the form of words or a sentence in your mind and returning over and over again? But if you are clever enough to take a piece of paper and a pencil and write it down – that is the end of it, it won’t return any more, you have thrown it out of yourself. The thing has had its little satisfaction, it has manifested itself sufficiently and it won’t return.

And there is something more interesting still: if you have a bad thought that annoys and disturbs you, write it down very attentively, very carefully, putting as much consciousness and will as you can. Then take the piece of paper and, with concentration, tear it up with the will that the thought will be torn up in the same way. That is how you will get rid of it.

Mind as the Organiser

The mind is an instrument of organisation. If you look inside yourself, you will see that you have the most contradictory thoughts and if you have not taken care to organise them, they dwell side by side in your head, so to say, and create utter disorder.

For instance, I used to know someone who was able to hold the most mystical ideas in his mind together with the most positivist ideas, that is, the most materialistic ideas, the negation of everything that is not purely matter. It was all unorganised and this person was constantly tossed this way and that in a perpetual confusion. Note that I don’t disapprove of your having all these ideas: it is good to be able to look at things from all sides at once and, as we were saying the other day, there is a way to reconcile the most contrary ideas. But you must take the trouble to do it, you have to organise them in your mind, otherwise you live in a chaos. I have noticed something else: people whose minds are in disorder keep their rooms and their belongings in a similar state of disorder. I have seen people who had no order in their minds and if you open their chest of drawers or their cupboards, you will find an awful mess – everything is in a jumble. There are people who are intelligent and have slips of paper on which they jot things down – authors, for example – but if by chance they need one of these notes, they have to spend an hour hunting it out and turning everything upside down! They either find the paper in the waste-paper basket or in the drawer where they put their handkerchiefs. Well, that’s how it is, isn’t it?

There are people who may not be very intelligent, but who have taken the trouble to put some order among the few ideas they have. If you open their cupboard, you will find that they have very few things, but these things are neatly and tidily arranged, because they have organised material things in the same way as they have organised their thoughts. The mind is therefore an instrument of organisation.

People who have some power of organisation may start by organising their little personal belongings, then their lives and the events in their lives. They may be in charge of a certain number of people – they can organise a business, a school, anything. Or else if they have the power to govern, they are able to organise a country. Some people have this power of organisation and others don’t.

Mind as the Instrument for Action

The mind is also an instrument of action. The thoughts form plans. The mind forms a plan of action and with this formation of independent and active entities, which I mentioned earlier, it stirs the other parts of the being – the vital and physical – and impels them to action. It often happens that you think of some action or other – you don’t do it immediately, but the thought that wants to manifest in this action returns again and again. Perhaps you hear in your mind the words, “I must do that, I must do that,” until you leave everything and do what you have “thought”. Well, that is the mind’s power of action. Before you get it, you must learn to organise, harmonise and control your mind. But when you have that power, you can begin to act purposefully, whereas most people are tossed about by thoughts whose formation they were not even aware of.

So we see that thought, which is a dynamism in the highest sense of the word, acts in its own realm as a formative power in order to build a body for itself. It acts like a magnet on iron filings. It attracts all the elements which are akin to its own character, aim and tendencies, and it vivifies these elements which are the constituent cells of its own body, that I shall call fluidic to avoid going into too many explanations – it animates them, moulds them, gives them the form which is best suited to its own nature.

We shall find a striking analogy between the work of thought and the work of the inventor, the builder of any kind. Let us take as an example a steam engine. The engineer draws up a plan in its smallest details, calculates and arranges everything, then he selects the appropriate materials for the materialisation of his conception, watches over the construction, etc. And when the engine works, becoming by its movement a real living being, it will be the most complete possible manifestation of the thought which has built it, it will give the full measure of the power of this thought. (The awakened unconsciousness of locomotives, cars, ships.) The formative thought, a living entity, animates the body which has been built for it by the hands of men. In the mental domain also, there are conscious builders.

There are people who are specially gifted or who have developed certain inner senses in themselves, who can come into direct contact with this domain, mainly through vision and touch. When they are thus able to watch over the working of the phenomenon, they can, like chemists in their laboratories, manipulate substances, select them, mould them by their will-power and clothe their thoughts in forms that can manifest them fully. But this is the ultimate stage of one of the many paths of individual progress. Long before achieving this full consciousness, it is possible to make powerful formations. Any person whose thought has any strength and persistence is constantly making formations without being aware of it.

If you keep in mind that these formations are living entities always acting in the direction imparted to them by the thoughts which have given them birth, you will easily perceive the considerable consequences of these mental acts.

There are two possible victories to be won, one collective, the other individual. The first is, so to say, positive and active, the second negative and passive.

To win the positive victory it is necessary to declare an open war of idea against idea, for the thoughts that are disinterested, lofty and noble to give battle to those that are selfish, base and vulgar. This is a real hand-to-hand fight, a struggle of each minute which demands considerable mental power and clarity.

To win this victory we must build up in ourselves a mentality whose quality is the opposite of that of the surrounding medium. We must, little by little, day by day, fill our minds with the loftiest, purest, most disinterested thoughts we can conceive of and by our deliberate care they must become sufficiently alive so that they may awaken within us each time a temptation to think wrongly comes to us from outside, so that they may rise in their dazzling splendour to face the shadow which constantly lurks in wait ready to assail us.

Let us light within ourselves the fire of the ancient vestals, the fire symbolising divine intelligence, which it is our duty to manifest. This work cannot be achieved in a day or a month or even a year. We must will, and will with perseverance. But if you could know the benefits one reaps from this, if you could feel that peace, that perfect serenity which gradually replaces in us the agitation, the anxiety and fear which spring from desire, you would unhesitatingly set to work. Moreover, the building up of a synthesis of pure and powerful thoughts does not lead solely to our own happiness. The clearer and higher the flame, the more light it sheds around it. The star we allow to shine through us will foster the birth of similar stars by its example; fortunately, not only darkness and ignorance, but also knowledge and light can be contagious.

In addition, the care we take to remain conscious of our highest thoughts will compel us to control our thoughts constantly. Those who have achieved the control of their mental being can emanate at will a certain portion of their intellectual power, send it wherever they think proper, while remaining perfectly conscious of it. These emanations, which are true messengers, will take your place wherever, physically, it is for any reason impossible for you to go yourself. The advantages of this power will be easily apparent to you.

A thought which is skillfully directed and sustained can, by affinity, awaken to consciousness a glimmer of wisdom in many minds as yet wrapt in darkness, and thus set them on their way towards progressive evolution; it can serve as an intermediary for one who is sick by drawing towards him the vital forces needed to cure him; it can watch over a dear friend and protect him from many dangers, either by warning him through mental communication and through his intuition or by acting directly on the cause of peril.