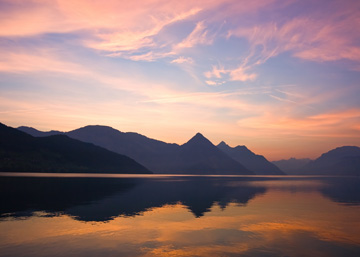 In this talk delivered in London, a famous Indian Yogi brings out the inner foundations of creative action.

I have been asked to say something about the practical position of the Vedanta philosophy. As I have told you, theory is very good indeed, but how are we to carry it into practice? If it be absolutely impracticable, no theory is of any value whatever, except as intellectual gymnastics. The Vedanta, therefore, as a religion must be intensely practical. We must be able to carry it out in every part of our lives. And not only this, the fictitious differentiation between religion and the life of the world must vanish, for the Vedanta teaches oneness – one life throughout. The ideals of religion must cover the whole field of life, they must enter into all our thoughts, and more and more into practice. I will enter gradually on the practical side as we proceed. But this series of lectures is intended to be a basis, and so we must first apply ourselves to theories and understand how they are worked out, proceeding from forest caves to busy streets and cities; and one peculiar feature we find in Upanishad is that many of these thoughts have been the outcome, not of retirement into forests, but have emanated from persons whom we expect to lead the busiest lives – from ruling monarchs.

Shvetaketu was the son of Âruni, a sage, most probably a recluse. He was brought up in the forest, but he went to the city of the Panchâlas and appeared at the court of the king, Pravahana Jaivali. The king asked him, “Do you know how beings depart hence at death?” “No, Sir.” “Do you know how they return hither?“ “No, Sir.” “Do you know the way of the fathers and the way of the gods?” “No, Sir.” Then the king asked other questions. Shvetaketu could not answer them. So the king told him that he knew nothing. The boy went back to his father, and the father admitted that he himself could not answer these questions. It was not that he was unwilling to answer these questions. It was not that he was unwilling to teach the boy, but he did not know these things. So he went to the king and asked to be taught these secrets. The king said that these things had been hitherto known only among kings; the priests never knew them. He, however, proceeded to teach him what he desired to know. In various Upanishads we find that this Vedanta philosophy is not the outcome of meditation in the forests only, but that the very best parts of it were thought out and expressed by brains which were busiest in the everyday affairs of life. We cannot conceive any man busier than an absolute monarch, a man who is ruling over millions of people, and yet, some of these rulers were deep thinkers.

Everything goes to show that this philosophy must be very practical; and later on, when we come to the Bhagavad-Gita – most of you, perhaps, have read it, it is the best commentary we have on the Vedanta philosophy – curiously enough the scene is laid on the battlefield, where Krishna teaches this philosophy to Arjuna; and the doctrine which stands out luminously in every page of the Gita is intense activity, but in the midst of it, eternal calmness. This is the secret of work, to attain which is the goal of the Vedanta. Inactivity, as we understand it in the sense of passivity, certainly cannot be the goal. Were it so, then the walls around us would be the most intelligent; they are inactive. Clods of earth, stumps of trees, would be the greatest sages in the world; they are inactive. Nor does inactivity become activity when it is combined with passion. Real activity, which is the goal of Vedanta, is combined with eternal calmness, the calmness which cannot be ruffled, the balance of mind which is never disturbed, whatever happens. And we all know from our experience in life that that is the best attitude for work.

I have been asked many times how we can work if we do not have the passion which we generally feel for work. I also thought in that way years ago, but as I am growing older, getting more experience, I find it is not true. The less passion there is, the better we work. The calmer we are, the better for us, and the more the amount of work we can do. When we let loose our feelings, we waste so much energy, shatter our nerves, disturb our minds, and accomplish very little work. The energy which ought to have gone out as work is spent as mere feeling, which counts for nothing. It is only when the mind is very calm and collected that the whole of its energy is spent in doing good work. And if you read the lives of the great workers which the world has produced, you will find that they were wonderfully calm men. Nothing, as it were, could throw them off their balance. That is why the man who becomes angry never does a great amount of work, and the man whom nothing can make angry accomplishes so much. The man who gives way to anger, or hatred, or any other passion, cannot work; he only breaks himself to pieces, and does nothing practical. It is the calm, forgiving, equable, well-balanced mind that does the greatest amount of work.