Fourth Dimension Inc. > Management by Consciousness > Human Potential > Thinking Out of the Box – A True Story 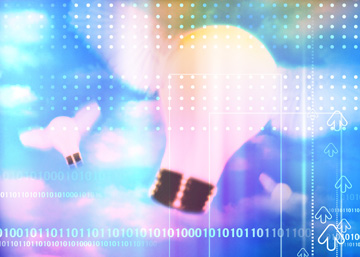 Some time ago I received a call from a colleague. He was about to give a student a zero for his answer to a physics question, while the student claimed a perfect score. The instructor and the student agreed to an impartial arbiter, and I was selected. I read the examination question:

Question: Show how is it possible to determine the height of a tall building with the aid of a barometer.

The student really had a strong case for full credit since he had really answered the question completely and correctly! On the other hand, if full credit were given, it could well contribute to a high grade in his physics course and to certify competence in physics, but the answer did not confirm this.

I suggested that the student have another try. I gave the student six minutes to answer the question with the warning that the answer should show some knowledge of physics. At the end of five minutes, he had not written anything. I asked if he wished to give up, but he said he had many answers to this problem; he was just thinking of the best one. I excused myself for interrupting him and asked him to please go on.

In the next minute, he dashed off his answer which read:“Take the barometer to the top of the building and lean over the edge of the roof. Drop the barometer, timing its fall with a stopwatch. Then, using the formula x=0.5*a*t^^2, calculate the height of the building.”

At this point, I asked my colleague if he would give up. He conceded, and gave the student almost full credit. While leaving my colleague’s office, I recalled that the student had said that he had other answers to the problem, so I asked him what they were.

“Yes,” said the student, “there is a very basic measurement method you will like. In this method, you take the barometer and begin to walk up the stairs. As you climb the stairs, you mark off the length of the barometer along the wall. You then count the number of marks, and this will give you the height of the building in barometer units.”

“Of course. If you want a more sophisticated method, you can tie the barometer to the end of a string, swing it as a pendulum, and determine the value of g at the street level and at the top of the building. From the difference between the two values of g, the height of the building, in principle, can be calculated.”

“On this same tact, you could take the barometer to the top of the building, attach a long rope to it, lower it to just above the street, and then swing it as a pendulum. You could then calculate the height of the building by the period of the precession.”

“Finally,” he concluded, “there are many other ways of solving the problem.

At this point, I asked the student if he really did not know the conventional answer to this question. He admitted that he did, but said that he was fed up with high school and college instructors trying to teach him how to think.

The student was Neils Bohr and the arbiter was Ernest Rutherford.