Fourth Dimension Inc. > Management by Consciousness > Human Potential > What Inner Attitude Can Do 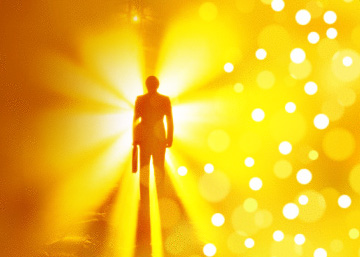 The goodwill hidden in all things reveals itself everywhere to one who carries goodwill in his consciousness.

Here is an episode from the life of J.R.D. Tata which illustrates the transforming power of a genuine and sincere attitude of goodwill.

When I became Chairman of Tatas, I had not, until then, been actively involved in labour problems though I had, from the start, sensed the vital importance of good relations in industry. Professor Bari (Labour Union Leader) was a man of violent emotions, and liable to explode into equally violent anger. As I listened to his angry and quite unjustified onslaught on our Management, I was somewhat upset, to put it mildly. Yet, when the next morning I first met him face to face, I found to my surprise that I could not help admiring and even liking this extraordinary man, uncontrolled, but totally honest. As I greeted him with a friendly smile and shook hands with him, I saw a change take place in his face which I interpreted rightly, as I found out later, as astonishment at finding not only that I felt no resentment for his violent attack on us the previous night but was genuinely friendly towards him. We laughed together and when I gently asked him whether we really deserved his lambasting, the previous evening, he replied, “Tata Saheb, I am sorry, but when I get on to a platform I get excited and can’t control myself!” Mutual esteem blossomed between us at that moment that lasted for the rest of our relationship, unfortunately cut short, when he died in tragic circumstances in 1947. I have told you of this little episode merely to illustrate my conviction that there is really no difficulty in establishing good relations with people in general and between Management and workers and their union in particular if one cultivates a liking for, and trust in, those one deals with.

Courtesy: Beyond the Last Blue Mountain: A Life of JRD Tata, by R.M. Lala Penguin

JRD Tata was a pioneer industrialist of India. He became Chairman of Tata group in 1938. Under his chairmanship, the assets of the Tata Group grew from $100 million to over $5 billion. He was awarded India’s highest civilian award, the Bharat Ratna in 1992 and the Legion of Honour from the French government in 1954.