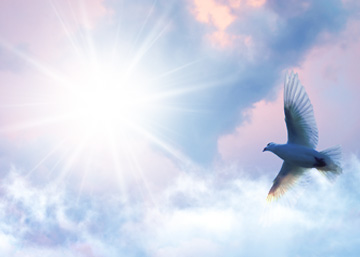 This article was written during the freedom struggle in India, when India was under British colonial rule and England was a great empire. Sri Aurobindo was a prominent leader of the revolutionaries who were demanding total freedom from the British rule. The article was written perhaps as a reply to some criticism of the revolutionaries that they are indulging in empty idealism when there is so much work to be done for uplifting the masses. However the principles enunciated in the article are based on human psychology and have a living relevance for higher motivation.

We are being advised by many nowadays not to quarrel over ideals but to attend to the work lying nearest to our hands. We must not talk of faith and hope, or revel in Utopian visions but run to the nearest scene of work, be one of the drudging millions, try to improve their lot and set ourselves to the task of mitigating human sufferings. The old villages are so many pictures of desolation and distress, they are the hot-beds of malaria, the sepulchres of our greatness – Or we must erect mills, start small industries, educate the masses, do philanthropic work and not talk of free or united India until this is done. When the spade work has not yet begun, why talk of a fine superstructure and create difficulties in the way of solid and substantial work? You have not yet put the plough to your land, why quarrel over the prospective produce – The buoyant Nationalism of the day is sought to be repressed by such timid truisms and guarded amenities with which our advisers justify their placid course of life. They want us to take note of our limitations, environment and not to tempt the country to the skies with wings so heavily weighed down. Common sense, it is said, should be our guide and not imagination.

All this is well, and we would be the last to deny the necessity of the work so much insisted upon. But the work is nothing without the ideal, and will be fruitless if divorced from its inspiring force – The uplifting of a nation cannot be accomplished by a few diplomatic politicians. The spirit to serve, the spirit to work, the spirit to suffer must be roused. Men in their ordinary utilitarian course of life do not feel called upon to serve anyone except themselves.

The daily duties are engrossing enough for the average man. His own individual prospects in life generally become his sole concern. He is propelled by the inertia of his own individual needs, and if any other sort of work is expected of him a different and more intense force must be continuously applied to him to produce the necessary energy. Or, in other words, we must continuously appeal to his better nature, we must evoke the spiritual in him, we must call forth his moral enthusiasm.

England draws her inspiration from the names of Shakespeare and Milton, Mill and Bacon, Nelson and Wellington. They did not visit the sick room, they did not do philanthropic work in the parishes, they did not work spinning jennies in Manchester, they did not produce cutlery in Sheffield, but theirs are the names which have made nationhood possible in England, which have supplied work and enterprise with its motive and sustaining force. England is commercially great because Adam Smith gave her the secret of free trade. England is politically great because her national ideals have been bold and high, not because of her parish work and municipalities. He was no fool or Utopian who wished to be the maker of songs for his country rather than its law giver—.

These are the utterances of great workers and heroes, they have given the greatest credit to the givers of ideas and ideals, because they have felt in their own life where the inspiration for work comes from. Work without ideals is a false gospel.