Fourth Dimension Inc. > Management by Consciousness > Self-management > The Culture of the Heart 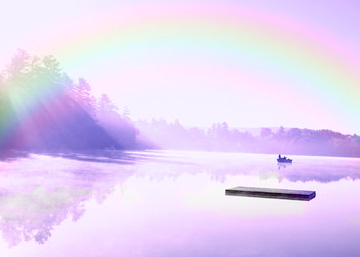 Equanimity, inner detachment and love are the triune discipline for achieving a free, calm and equal heart. The article is based entirely on writings and conversations of Sri Aurobindo and The Mother on Yoga.

The Meaning of Equality; way of equanimity; inner detachment; nectar of love.

The Meaning of Equality

The untransformed human heart is the most “unequal” part of our psyche, and the seat of most rampant, violent and turbulent form of inequality. So equanimity is the first step towards mastery of the heart. Equanimity means,

Outwardly events like success and failure, insult and praise, good and the bad, beautiful and the ugly assail me with their corresponding inner reactions like joy and sorrow, elation and depression, anger and satisfaction, likes and dislikes, attraction and repulsion. But I remain undisturbed by these events and reactions, regarding them with calm equanimity.

There are three paths to equanimity: Heroic Endurance, Sagely Indifference, Saintly Acceptance. Each individual can take the path, which is suited to his predominant temperament. However they can also be combined.

The Heroic Endurance is the path for those who have a strong will and the temperament of a warrior. Endurance means to consciously bear the inner and outer assault of events, reactions, sensations and emotions with an undisturbed and unflinching calm. But you may ask:

Do we not do it everyday?

The answer is, most of us do not endure but succumb to it wailing and lamenting. Endurance means not to succumb and collapse, wail, weep and lament, but to consciously meet, confront and bare the assault with unyielding courage and calm.

For example my boss makes a terribly insulting remark I become inwardly very angry, but I cannot show it outside. The feelings of anger, and revolt, hate and vengefulness raise in me. I don’t suppress these feelings but do not succumb to it and become more and more angry. I refuse to give the inner consent to these feelings. They raise in me again and again but I am not pulled, drawn and tossed by the feelings. I bear them consciously with a calm and equal endurance. If I am able to wield this shield of endurance with a calm persistence, an interesting thing happens. It creates an inner bifurcation in my being between the surface and the inner being. The surface part of my being is still subjected to these reactions but a deeper and inner part remains untouched and above these reactions, a calm and strong witness, which looks and watches the turmoil in the lower part but untouched by it. By further practice we can bring down the calm equality of this deeper self to the surface being.

The second path is Sagely Indifference. This path may appeal to those who have a philosophic temperament and tend towards knowledge. The main attitude here is not endurance but detached indifference, though certain amount of endurance is necessary in all the paths. In this path, the unequal turmoil is viewed with a smiling and indulgent indifference, as something, which goes on in a lower, childish and immature part of my being. It is something like a Mother who looks with an indulgent smile on all the wild and obstinate tantrums of a child, which demands from her something, which is harmful to him and therefore his Mother is unwilling to give. And finally the child understands that whatever he may do and however hard he may insist, his Mother will not give what he demands. The child becomes less and less adamant and finally becomes calm. A more or less similar result happens by following this method. As in the first method there is an inner bifurcation between the deeper part, which is calm and undisturbed, and the surface being which is still subject to the unequal disturbance. Later, with further practice, the calm and equanimity of the deeper parts imposes itself on the surface being.

The third path is that of Saintly Acceptance. This path is for those who believe in God and have a devotional temperament; it is not for those who have a skeptical and critical mind and ask questions like, “If the God is supremely compassionate, why there is so much evil and pain in the world.” This path is for the heart-centred people who have a deep, intuitive faith in the love and wisdom of God. The basis of this path is a firm faith that there is a divine Love and Wisdom which governs the world and a divine organization which arranges everything for the ultimate good of each and the whole. So whatever happens to us is received with an acceptance and faith in the divine Will and as a part of our ultimate good. All the outer events and inner movement are offered to the Divine with a complete acceptance, faith and trust in His Wisdom. It is something like a child who has a total faith in the love and wisdom of his Mother. He accepts with faith whatever her Mother gives him or asks him to do, however difficult and painful it may be, with a faith that whatever Mother gives him or asks him to do is ultimately helpful to his growth. Here again, as with other paths, when this attitude is put into practice, it leads to calm and equanimity with more or less the same process described earlier in the other two paths.

The practice of equanimity can be further strengthened by the discipline of inner detachment. As we progress in the path of equanimity and we begin to live more and more in our inner and deeper self it creates a certain amount of detachment from the surface being. This can be further reinforced by the inner self totally disidentifying itself from the surface being. The inner being says, “I am not this thing that struggles and suffers, grieves and rejoices, loves and hates and is baffled, is angry and afraid and cheerful and depressed a thing of moods and emotional passions. All these are merely happenings in my surface nature;” it draws back from the surface emotional being and becomes the pure and silent witness, which observes and understands the movements of the surface nature but remains untouched and above it. This witness-self is not only the impartial seer but has the power of mastery. When the witness-self refuses sanction or consent to a movement or habit of our surface nature, it cuts-off further supply of energy to the movement, and slowly that movement loses its sustaining source of energy and finally ceases. For example, let us say I have this habit of anger in my emotional nature. If from my witness-self, I refuse sanction to this habit of anger every time it raises, then slowly it looses its energy and ultimately disappears. Thus the practice of equanimity and inner detachment leads ultimately to a free, equal and serene heart.

The Nectar of Love

However equanimity, detachment and the purity and peace they bring are not enough for a complete transformation of the heart. For this higher regeneration the heart’s cup, made pure and empty of all turbidities by equanimity and detachment, has to be filled with the nectar of a transforming Love. The popular conceptions consider the emotional being as the source of love. But this so-called “love” of our surface emotional being is a source of great disturbance and cannot be a force of transformation. The true love that transforms the heart comes not from our emotional being but from the soul or the divine spark within us, lying hidden in the deepest and innermost core of our heart. This deeper spiritual heart behind the surface emotional heart is the source of true love, which can transform our heart and life.

There are many disciplines for coming into contact with this source of true love within us. One of the most effective combines meditation with practice of universal benevolence. We have to reserve sometime everyday to enter deep within us and come into some form of conscious contact with the spiritual heart within us. In our daily life, we have to maintain a persistent attitude of goodwill, kindness, benevolence, understanding and helpfulness in our relations with people around us. This attitude of benevolence has to be constantly extended and expanded to include more and more of life, until it envelops the whole creation in the embrace of universal compassion. In the next article, Mother describes another path for coming into contact with universal love.