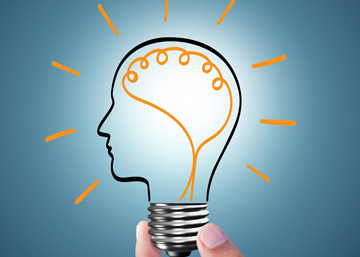 It is exactly as though you had what is called “a torchlight”, a small beacon-light in your head at the place of observation. Scientists who want to do a certain work turn the beacon in a particular way, they always put it there and the beacon remains thus: they turn it towards matter, towards the details of matter. But people with imagination turn it upward, because up above there is everything, you know, all inspirations of artistic and literary things: this comes from another domain. It comes from a much more subtle domain, much less material. So these turn upward and want to receive the light from above. But it is the same instrument. The others turn it downwards, and it is just a lack of gymnastic skill. It is the same instrument. It is the same power of a luminous ray upon something. But as one has made it a habit of concentrating it in a certain direction, one is no longer supple, one loses the habit of doing things otherwise. But you can at any time do both the things. When you are doing science, you turn it in one direction and when you do literature and art, you turn it in the other direction; but it is the same instrument: all depends on the orientation. If you have concentration, you can move this power of concentration from one place to another and in every way it will be effective. If you are occupied with science, you use it in a scientific way, and if you want to do art, you use it in an artistic way. But it is the same instrument and it is the same power of concentration. It is simply because people do not know this that they limit themselves. So the hinges get rusty, they do not turn any more. Otherwise, if one keeps the habit of turning them, they continue to turn.