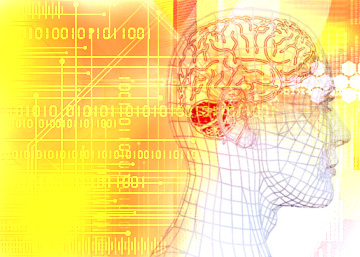 Some fascinating future possibilities in the power of consciousness over matter.

Can there be a technology of consciousness by which our Minds can act directly on Matter? In this article, the author explores the possibilities in this fascinating domain of future research, with supportive examples from modern science.

The Power of Mind over Matter

The technology of consciousness. What a contradiction! Technology is objective; it is an application of a reasoned and tested knowledge. Technology has to do with wheels, machines, computers and aeroplanes. Where is the place for consciousness? Consciousness on the contrary is subjective, immeasurable, almost undefinable. How can these two ever come together?

Thus spoke the scientist of the past.

Today science has come around a full circle and is face to face with its own limitations. Science has reached a dead-end. But in the effort to break out of this dead-end are the seeds of a new science – a future science. A few scientists have begun to realise that the earlier approach of accepting matter as the root of things has a basic flaw in it and is the cause of most of the current problems of science. These scientists are exploring the approach of taking consciousness as being more basic than matter. In doing so they have opened before them new vistas of research. What they have glimpsed before them is dramatic.

In a recent historic experiment, biologists proved conclusively that cells can mutate intelligently, that cells can consciously decide to mutate to adapt to changed circumstances. This experiment has demonstrated that evolution is not a product of chance but of a conscious adaptation.

In industrial accidents when somebody’s thumb has been cut off accidentally, the big toe of the foot is transplanted in place of the thumb. In time the transplanted toe changes and gradually begins to resemble the thumb. It is a relatively common operation. Now the question is how did the cells on the toe know that they had been moved to the hand? In other words, how do the cells on my hand know that they have to grow up to be my hand and the cells on my foot grow up to be my foot? Biology has no satisfying answer. But once you accept the fact of an overall body consciousness it is obvious that the body consciousness changes the behaviour and growth of individual cells and changes even the cellular structure.

Does that mean you can consciously make your cells mutate? Yes and the Mother proved it in her experiments with her own cells. Is it then possible to change the cells in another body? Yes, again. This was shown in a dramatic experiment by Paramahansa Yogananda. He asked himself why a rose plant should have thorns. And so he went to a rose plant near his home and identifying his consciousness with that of the plant he coaxed it and conveyed to it that it need not have thorns, that it would be protected. He did this for several days and eventually the plant stopped growing thorns and the thorns that were on it dropped off. It never grew thorns again.

Modern science has discovered that Matter is nothing but Energy. But the ancient seers of India went one step ahead and found that energy itself is nothing but an expression of consciousness.

If energy is only a manifestation of consciousness, is it possible to convert consciousness into physical energy? Is it possible to generate electricity from consciousness? Yes, and it was done more than a century ago in the 1890s. A scientist named Keely had invented a device which he connected to an electric motor and invited reporter for a demonstration. When he played a particular chord on a violin the motor began to turn, and it ran until he played a discord. A reporter was invited to try the same thing, but when he played nothing happened. Keely explained that his device was tuned to his consciousness alone. He then reached out and put a hand on the reporter’s shoulder and asked him to play. This time the motor ran. At that time, scientists did not accept Keely’s theories. His papers were burnt and he died a poor man. Normally we would have dismissed that little publicised case as the experiments of a quack, except that we find support for Keely in a very unusual place. Madame Blavatsky was the founder of the Theosophical movement and an expert occultist. She wrote in one of her treatises that the energy that Keely had discovered was the same as the one used by the Indians and the Atlanteans in making their astras, occult weapons. And such a weapon could not be allowed into the hands of humanity at that time when the two World Wars were yet to come, and so Keely had to be stopped.

The Indian Astrashastra (science of weapons) described several types of weapons. There are the physical and the subtle weapons. The subtle ones were directed by mental control alone and could only be used by somebody who had developed a powerful concentration. The more advanced astras were conscious powers in themselves. They were invoked when needed and had to be treated with the respect due to them.

Conscious weapons are not a far-off dream. Today we are already working on intelligent machines. Artificial intelligence has become a watchword and there too the technology of consciousness is hovering in the background waiting to step in. The fact is that machine intelligence has a limit and it can only go so far. If you want to achieve real intelligence in a computer, you have to first build a conscious computer. Because intelligence is only a function of consciousness and cannot exist by itself. Can we then build a conscious machine? When a temple is built and an idol placed there, you don’t just start worshipping it. A spiritually developed person has to invoke a consciousness into it and make the idol a living entity. Can we do the same to a computer? Better yet, can we awaken the consciousness already latent in the machine and make it respond? Why not? Although currently the computer does not have the necessary complexity for supporting a full consciousness it can definitely support a limited form of self-awareness.

We have all had the experience that a machine which just would not work suddenly starts when a particular person handles it. Some people have a “green thumb”, everything they plant grows beautifully. In all these cases the consciousness in the machine or plant responds to the person. We know of many cases where sadhus were travelling by train, naturally without tickets, and when they were asked to get down, the train wouldn’t start. But when they were allowed back on board it started. Such cases have often been reported in newspapers.

All these cases demonstrate the extent to which machines can respond to human consciousness. So just as this century may be called the electronic or computer age, the next century would be the century of consciousness, where the technology of consciousness would be developed to its full potential.

How to Use Consciousness

This brings us to the question what is consciousness? How do we define consciousness? Consciousness has many definitions. We could take the simplest. Consciousness is awareness, awareness of yourself and of others. In the human being both exist. In the animal, there is only awareness of others, not awareness of itself, it is a more limited awareness. In plants the awareness is even less. In the crystal it is still less, but nevertheless it is there. Crystals are in fact the borderline between life and inanimate matter.

What does it mean when we speak of a technology of awareness? How can we “direct” this awareness or “identify” it with another object? You have to experience it to understand it fully. Let me describe an experiment that you can try yourself.

Take any two points on your body and ask yourself which one is “closer” to you. Now take this closer point and another point. Which of these two is closer? In this manner gradually locate the closest point on your body. Generally you will end up at the centre of your forehead. This shows that the focus of your external consciousness, what you consider to be yourself, is centered in your forehead. But does it have to be located there?

Not at all. Close your eyes and shift that focus to the tip of the nose. Shift it to your chest. After a little practice you will be able to shift it to any part of your body. You don’t need to stop there. You can focus your consciousness on a point outside your body and shift yourself there so that you actually feel yourself outside your body. And it is not at all difficult. In fact the Mother says that if you have a headache you can shift the focus of your of your consciousness to your stomach and think in your stomach. The headache will stop instantly. It will resume if you come back to your head. And I can tell you from experience that it really works.

You can push this experiment further, expand that focus so that you feel yourself as a ball around your body, simultaneously aware of every part of it. Slowly grow in size until you fill the room. Every object in the room feels as if it is inside yourself. The Mother says you can extend yourself even more to fill the whole earth, and still you can expand.

This can give you an idea of the techniques of enlarging and directing your external consciousness. In this manner you can raise the quality of your consciousness so that it becomes subtler and more sensitive. And you can deepen it. These are, after all, the aims of Yoga.