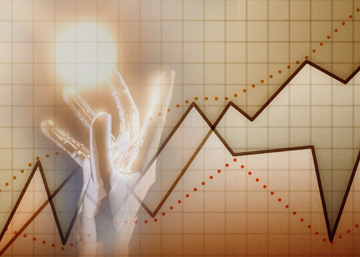 Understanding the role that spirituality plays in economic development is the most important challenge facing humanity today. This is because the language of development and its practice have centred mainly on the material aspects of individual well-being and societal welfare. Most people expect that material and non-material related problems, such as production, availability, consumption and disposal, can be solved in the material world. However, the persistence of fundamental problems – poverty, drug abuse, crime – facing countries around the world today would suggest just the opposite; i.e., the most effective and sustainable solutions, it seems, are embodied in the non-material realm of people’s lives.

Beyond Economic and Market Solutions

It is clear that for too long we allowed economic and financial values to solve development problems. Certainly, these values have an important contribution to make, particularly in the efficient creation of material wealth, by making an economy materially better off. There is no doubt that this is something we know how to do well. However, we now know that making an economy better off is not a guarantee for making a community or a society better off, as society’s well-being requires much more than the creation, consumption and distribution of material goods and services. This dichotomy between increasing material wealth and the ability to improve people’s welfare – a much broader objective – has brought about a new consensus: in order to attain the core objectives of a human-centred development assistance framework, an approach is needed that goes far beyond a concern for economic and financial values.

The time has come to ask ourselves about dimensions which would facilitate the unfolding development of a unique paradigm for the betterment of societies.

Again, nobody should doubt the contribution that economic values make, as “scarcity” (the basis for economic values) is the key to the architecture of development assistance. Today, good economics is identified with well-functioning markets; and, correspondingly, the “laws of the market” determine fundamental decisions which, with perfect information and pure competitiveness, some argue, would maximize both individual and societal welfare. It is here, within the context of globalization, that “free trade”, “liberalization”, “privatization” and “let the market work” are advocated. But the reality is that the laws of the market have not guaranteed the attainment of social goals.

These are the so-called “market failures”, like the degradation of natural resources such as water, air, bio-diversity, oceans, and the ozone layer. Such failures arise from inadequate policies, lack of information, the wrong objectives and misguided decision-making. In all cases, private gains do not translate in improvements in collective welfare.

We must design development assistance programmes that go far beyond economic constraints. This is already beginning to happen as a result of a number of trends: the increased role of civil society; the need for democracy and participation; and the need to develop new forms of collective action and decision-making. In addition, through choices leaders make, these programmes must address major moral imperatives and embrace spiritual and holistic values. It is here where spirituality – the inner encounter with the soul and with who we are – and development meet, where the new paradigm must have, as a point of departure, the person, with its inner dimensions rather than its material world.

The Moral Dilemmas of New Millennium

The next millennium comes at a time when our civilization faces many contradictions that are unacceptable. One is the abundance of material goods, including food, while the largest number of people on this Earth – in relative and absolute terms are poor and include millions of malnourished children.

This civilization knows how to produce material welfare but fails to distribute adequately what has been produced. Another contradiction is related to technological change, which advances at an incredible pace but in a system where technologies either are not available to those in need or threaten to destroy the fundamental pillars of our civilization, such as the more sophisticated weapons for mass destruction. Furthermore, we enjoy prosperity but we are incapable of having everlasting peace. We have experienced major advances in health care, but there are more than 500,000 women in the world who die every year of pre or post-natal complications because they do not have access to basic health care. These contradictions are compounded by serious moral dilemmas. Let me illustrate some important moral dilemmas facing development choices.

FIRST, the number of elderly persons has increased exponentially, but we have not yet settled what is their right to society’s material welfare. Today, major issues affect the debate on ageing, including what the role of older persons should be in a society, how to transfer resources to them when needed, and what are the true assets belonging to them even when they are not actively adding to the material product of the economy, among others.

SECOND, the continuous destruction of indigenous peoples and their cultures. This is a universal tragedy at a time when their knowledge and understanding of life seems to be so essential. This is in addition to the human rights arguments that surround their existence.

THIRD, the obligations we have with future generations in terms of material welfare and cultural heritage – and what we need to leave behind for them. As we degrade the environment at an increasing rate, we are foreclosing important options for life on this planet. And for our descendants’ sake, it is central that we care about their future. Prostitution, child labour practices, trafficking of young girls, and discrimination and abuse are manifestations of this moral dilemma.

FIFTH, the most serious moral dilemma today is the eradication of absolute poverty. Too many people live with an unacceptably inadequate level of income. This is neither a question of numbers nor of income poverty. These are real people, in a milieu where they are losing their dignity and their most fundamental core values – identity, culture, social norms.

The Spiritual Dimensions of Development

The solutions to those moral issues must come from choices which reflect a totally different value system: one that promotes inclusion rather than exclusion, compassion and sharing rather than purchasing power alone, human rights rather than increased dispossession of assets; and one that embraces key human and spiritual values. All of these issues are in the realm of the non-material!

In contrast to an economic value system, a spiritual value system fulfills at least three fundamental conditions: universality (everyone and everywhere are included); transcendental (the breaking down of inner boundaries); and evolutionary (respect for the organized natural, cosmic order). These conditions must be met if the world is to learn how to distribute what exists and lead towards everlasting peace. Only transitory welfare is gained from pure material growth; e.g., expanding the supply of food at the expense of resource degradation; expanding industrial production at the expense of water and air quality; and developing new medicines that result in major negative secondary effects.

These spiritual dimensions are not new to the international debate on development assistance. In the Dumbarton Oaks Declaration, issued in San Francisco on 25 April 1945, it was stated that one of the main functions of the United Nations was to foster freedoms. This was defined as cultivating respect for human rights and fundamental freedoms, to ensure the free flow of knowledge essential for material and spiritual growth. This remains valid today and, to a great extent, this statement represent a key element of a world vision of peace and lasting prosperity.

Furthermore, in a recent report by the Commission on Social Development, it was stated that an enabling environment to reduce vulnerability needs to recognize and value spiritual aspects of development, and that policies and programmes should not seek to improve material conditions alone but should also allow for spiritual development. And James D. Wolfenson, President of the World Bank, called on the international community in Hong Kong last year to consider “the challenge of inclusion”.

This is an approach to development that centres on its human dimensions and, most particularly, in the inclusion of the poorest of the poor, the voiceless and the powerless. But for these values to be guiding development assistance, other major “conditions” must be met, most important that:

Thus, from now on, every time development assistance focuses on creating one more unit of material welfare, it will become essential to ask how one can, at the same time, engender spiritual growth. The imbalance between spiritual and material growth is at the centre of most of the crises and the contradictions and moral dilemmas we face today. Money without the right level of consciousness will invariably foster the inferior, rather than the superior, forms of development.

The relationship between material growth and capital accumulation and spiritual growth is much less understood. But we know that it will be the level of spiritual growth that will determine the extent to which economic development indeed fosters human freedoms, and that while knowledge is essential to material growth, knowledge in the context of weak spirituality has resulted in the destruction of human lives and nature.

Material growth is important, particularly to those in need. But even at a critical level of needs, spirituality must accompany material welfare to avoid being abused as a group and to eliminate crime and drug abuse, loss of human dignity and the breakdown of family structures.

Thus, one of the fundamental questions in future development assistance would be to determine how to create the needed space for the moral and spiritual dimensions of societal evolution; how to bring into practice a notion of “progress” that matches the most profound aspects of human welfare; and how to design and implement development programmes that are indeed universal, evolutionary and transcendental. It is simply our choice!

The views expressed in this article are solely of the author and do not represent those of the World Bank or any of its affiliates. Any error or omission should be attributed to the author.

The author is currently President and Founder of the Zambuling Institute for Human Transformation (ZIHT). One of the aims of the ZIHT is to create a grassroots world forum on human rights and human responsibilities and mainstream spirituality in public policy and business. He was the World Bank’s Special Representative to the United Nations.