Fourth Dimension Inc. > Society and Culture > How to Counter the Mindset of Bribery 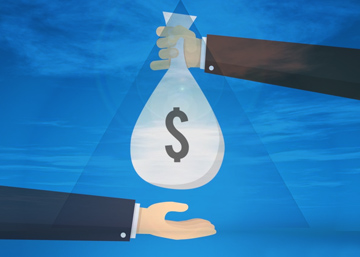 Bribery has become a part of popular and official culture in India, which has created a mindset among the public that without giving bribes, you cannot get things done. How to counter this mindset? This article examines this question in a deeper perspective.

Before coming to the remedy, let us examine briefly the causative factors behind the mindset of bribery. The primary factors include inefficiency, incompetence, red-tapism and a lack of accountability in the government machinery. The second factor is greed on the part of the officials. The third factor is the lack of will on the part of the public to counter it. The fourth factor is an attitude of tolerance for corruption. The first factor is a matter of outer administration and management. The other factors are more psychological. What are the antidotes and solutions? How to counter it?

As we have mentioned earlier, the remedy for the first factor lies in better management and administration, which is quick, responsive, efficient and accountable. Anti-graft institutions such as lokpal and vigilance departments act as deterrents. But none of these outer remedies can lead to any lasting solution. Most of the current thinking on corruption tends towards this kind of external remedies, which are necessary but not sufficient. For a more long-term solution we have to tackle the deeper psychological factors. Let us now examine the remedies for the other three factors behind bribery and how to counter them.

The first factor is greed. There is no short-term solution to greed. It requires a change of mindset which wants more and more pleasure, comfort and acquisition from outside to a quest for inner richness and fulfillment, which can be achieved only through education. The second factor of lack of will on the part of the public has to be countered by highlighting the examples of the opposite character – individuals and groups who display a firm and persistent will not to succumb to the corrupt trend. Instead of taking the quick and easy solution through bribes, if individuals and groups take a firm stand against it (with a readiness to bear the hardship involved and persist in the struggle for the sake of truth), it contributes immensely for the progress of truth in the world. Here are some illustrative examples.

A building contractor, persuaded by his spiritually inclined wife and his Guru, decided not to give bribes and conduct his business with an entire honesty. The initial impact of the decision was negative. His business began to collapse. His financial condition deteriorated. But still he persisted in his resolution to be honest. His reputation for honesty spread in business and government circles. Again he started getting contracts; business flourished and became better than what it was when he was doing it without any scruples.

Another example is from the housing division of a Chennai-based firm well known for its value-based policies. The company was not able to hand over the flats to the customer at the promised date because of prolonged delays in getting sanction for electrical works from the electricity board. The company was determined not to take the easy and customary path of paying off the government officials. The company wrote letters to the authorities of the electricity board and also explained their principled position to the customer. A small group of understanding and sympathetic customers wrote letters to the highest political and government authorities, demanding immediate action. And finally the moral force behind the company’s decision triumphed. The company got the sanction for the electrical works without compromising on its principles.

In this task, collective bodies such as the associations of citizens, consumers and companies can play an important role because a collective action like the one in the second example is more effective than that of an individual. But this is from an external point of view. From a deeper perspective, every individual and collective effort against corruption has a subtle positive impact on the inner psychological atmosphere. When an individual or a collectivity battles against corruption and gains a victory, it sends a vibration which awakens a similar positive will in other human centers; it creates a new capacity in the mental atmosphere which makes possible similar victories and strengthens those who are engaged in this battle.

The third factor of tolerance for corruption exists not only among the public but also in big corporates. A young IT graduate joined as a trainee in a big corporate group respected for its values. He was shocked when a senior executive of the group proclaimed in a lecture that in the current competitive environment it is difficult to get business without a certain amount of bribing and everyone has to accept the fact. No amount of outer remedies can counteract this kind of corruption. It requires a radical change in culture, values and consciousness. Such a change can come only through a system of education which awakens the young mind in school to the importance of truth, honesty and transparency, not by preaching, but through stories, images and examples. The young minds have to be awakened to the long-term benefits of truth and honesty; the need to bear, persist and endure and fight in order to uphold truth; and how his individual victory has positive consequences for the entire humanity .

At the outer level, on the part of the government or governmental system, there has to be a conscious and concerted attempt to create an outer environment which encourages truth, honesty and transparency in every activity and transactions and zero-tolerance to corruption. The government should initiate and promote a massive research effort to collect examples of truth, honesty and transparency in every activity of national life – recognize and reward them – and highlight these examples through the mass media. In fact modern media can do this work much better than the government. Every media organization must have an anti-corruption wing where people can report cases of corruption and help and guidance to fight corruption.

Towards a Culture of Values

No virtue or value stands alone in its isolation. All basic values such as truth, beauty, goodness, harmony and so on are interrelated. A culture of beauty, goodness and harmony facilitates and sweetens the practice of truth. We have to build a system of education and inner awakening which helps individuals to first internalize these values in their consciousness and flow out spontaneously in behavior and action. And there is a divine element in the individual where these values are intrinsic to the very substance of consciousness. A culture of values attains its highest perfection when human beings can discover this divinity within them and express its verities spontaneously in their thought, feelings and actions.

[Published in Chartered Secretary, a journal of the Institute of Company Secretaries of India]