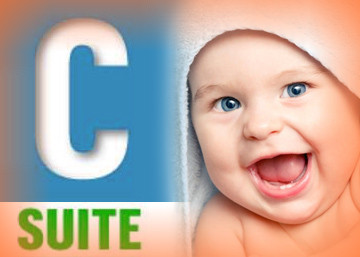 (This article is a further commentary on an earlier article “Work and Life: Balance or Choice?” responding to some of the conclusions of an article in Harvard Business Review on this subject.)

In this earlier article which is a case study, I have put forth a view-point which argues that for woman executives’, work and life issues should not be regarded entirely as a perpetual adjustment and balance. Quite often, it involves a crucial choice between a single-minded pursuit of success in career aiming at the C-suite, and the equally or even more important function of parenting. However a recent article in Harvard business Review on this presents a different perspective. In this article “Rethink what you know about high–achieving woman”, Robin J. Ely, Pamela Stone and Coleen Anderson, after a survey of 25,000 HBS graduates,

However these conclusions are problematic because the sample surveyed may not be very representative; it may be coloured by the common mind set of the HBS grads and their value systems shaped by the HBS culture. As Garvin Vander Loan, assistant professor of organisation and strategy, in her response to the article, states “While women and men in HBS programmes may have similar career expectations, this may reveal as much about how the programme attracts like-minded students as about gender similarities. The researchers don’t appear to have tested whether the male samples were representative of all working men or the female sample is representative of all working women. If people who don’t attend HBS think differently about work life balance and if those differences are gender related, the gender gap may be both outer and under estimated.”

A similar survey at leading business schools in India, China, Japan, Europe or South America may reveal very different patterns. There are perhaps a considering number of women executives all over the world, who are beginning to feel that parenting/career decisions are a hard choice and can’t “have it all” As Lisa Chase, another respondent to the HBS article, writes: “One of the great fallacies of the 1970s and the 80s was that women could have it all (fulfilling career, ideal, children, high standard of living). In the real world most can’t. Neither can most men. There’s simply no room at the top of the corporate ladder for everybody”.

Similarly, Anjali Bhansal, Managing Director, Spencer–Stuart India says “It’s a hard choice. You will never get enough time with the family as you’d like that’s the nobility of every committed professional.”

Whatever may be the conclusions of research surveys, parenting/career decisions are individual choices, which can be shaped by cultural influences. Those women executives who are less ambitious, and whose natural instinct of motherhood are strong may feel parenting is a sacred task which requires full time attention and may quit their jobs. Others, who are more ambitious, may find it a hard choice and have to make some sacrifices in the family or parenting domain to achieve success in their career. When a society or culture places motherhood and parenting at a very high pedestal of values, many working women will leave the job when they become mothers. On the other hand in a society, where career success is valued more than parenting and women have sufficient freedom and opportunities to ascend the corporate ladder, women executives strive towards a delicate balance between the needs of the home, family, parenting and their professional ambitions at the work place.

However most of the present discussions on work-life balance are centred around executive women. But there are many thousands of non-executive working women at the lower levels of the hierarchy who face more or less the same problems and needs, but with much less power, clout or financial resources to tackle them. Most of the corporate management or the management academia is not very much interested in them. But if the corporate world wants to harness fully the potentialities of their women-power in their work-force this section of the work force must also be given as much attention as the executive women.

For a total and effective harnessing of the potentialities of the working women, the corporate leadership must strive to build an environment which is safe, fair and sensitive to the women worker at all the levels of the organisation. Safe means free from every form of harassment or intimidation; fair means there must be no discrimination based on gender and equal opportunities for advancement; sensitive means to be responsive to the unique needs of the working women like parenting, work–life balance, caring for elders in the family.