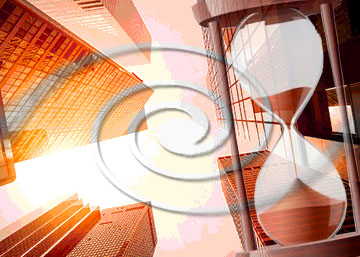 A new avatar of Capitalism

[A new Avatar of capitalism has emerged in the horizon. Recently, the well-known British magazine, “Economist,” brought out a special issue on “State Capitalism” and a columnist in the magazine described it as the “New Masters of the Universe.” The new economics emerging in Russia, China, India and Singapore are regarded as examples of state capitalism.]

Promoting entrepreneurship and innovation in all the levels and sectors of the economy and society… in the big, medium and the small scale sectors, low income and weaker sections of the society, students and the educated unemployed… through appropriate financial and educational inputs.

Encouraging corporate social responsibility, more by incentives rather than by legal enforcement.

Filling the gaps in the economy by building industries in those domains which are essential for the economy but where private sector is unwilling to enter because of high-risk or low-profit.

This brings us to the larger issue of the true role of the state in economic and social development. The first and the most important function of the state is to ensure equity or distributive justice. The traditional capitalism has failed miserably in this task. The “trickle-down” of wealth from the richer to the poorer section of the society, hoped for by capitalist theorists, never happened in practices. Joseph L. Bower and others, writing on the “crisis in capitalism” in an article in Harvard Business Review, state that increasing “income and wealth disparities” in capitalist economies “makes a mockery of the idea that economic growth benefits all.” If state capitalism succeeds in consciously steering this “trickle-down” of wealth, without curbing free enterprise or eliminating private property, it has scored many points over traditional capitalism.

The other major function of the state is to maintain balance between the various organs of the society. According to Indian thought human society is made of four social organs: Culture, Economy, Polity and Labour or the masses. One of the main aims of government is to ensure a balanced development of all the four organs of the society which includes maintaining the balance of power between these organs. But in the societies which follow traditional capitalism, there is no such balance, because business and economy dominate other sections of the society. Here again if state capitalism can bring this balance to society, then it provides a better alternative to traditional capitalism.

However, as we have indicated earlier, the success of state capitalism depend mainly on the quality of the government which means on its efficiency, competence and integrity. Without this crucial factor, all government interventions, however good they may be in concept and intention, becomes ultimately ineffective. In the Indian perspective the state has a moral responsibility to uphold and enforce Dharma in society. And the Indian concept of Dharma is much more than mere honesty or integrity. Upholding Dharma means fostering the mental, moral and spiritual development of the individual and the community in every section of the society; enforcing Dharma means to deal firmly with all that prevents or opposed to this dharmic flowering in society.