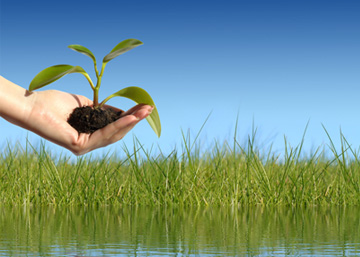 Integration of the corporation, community and the environment is the next step in the evolution of CSR movement. The following case study is one of the best attempts in this direction.

Gujarat Ambuja Cement Ltd has a different approach to charity work. Rather than merely sponsoring local events and giving the odd donation, the company believes in ‘sustainable development.’

Pearl Tiwari, general manager, community development, explains, “We believe that we owe responsibility to our neighbours. Many of our plants are in the rural areas and we do not want to be an oasis in the desert.” While the company initially started out with charity work, today the focus is on sustainable development and integrated community development.

Towards this end, Ambuja Cement Foundation, a non-governmental organisation with its own board of directors, was founded in 1993. Every year, the company sets aside a separate account for the NGO, the focus is on developing basic infrastructure in areas where the company has a plant, with the help of the people of that area. “They may not be able to contribute monetarily, but we make sure we get the community involved so that they feel that it is their project and they take the trouble to maintain it.”

In every state, in which the company has a presence, a team of experts is set up in order to identify the needs of the local people. So while water conservation was of prime importance in Gujarat, roads were needed in Himachal Pradesh as farmers refused to cultivate because there were no means to transport their goods. The company sets aside an account each year for the foundation and projects are undertaken in partnership with other agencies or government as in the case of the National Watershed Development project in Amreli, Gujarat, where ACF has been designated the project implementing agency by the government.

The foundation is also quick to respond to natural disasters. Apart from its spontaneous contribution to the earthquake relief work in Gujarat, the foundation aimed at long-term solutions. Thus, a masonry training programme was instituted since there was a shortage of masons for the reconstruction work and it has pledged to train 1000 masons. Tiwari says, “It was heartening when one of the masons from the first batch told us that since he completed the course, he was able to get work and earn Rs 250 every day. Around 85 per cent of masons we have trained earn between Rs 150 and Rs.300 per day while earlier they were unemployed or used to work for a meagre sum.” They have also begun to train villagers to make the concrete blocks required for building houses, which would provide a commercially viable source of livelihood.

Tiwari says, “While our new plant in the Chandrapur district of Maharashtra was in the upcoming stages, our team had already initiated community development and the village community was approaching us with their needs.” It was found that there was a high use of chemical fertilisers in the region and so visits to organic farms were organised and plans are on to start demonstration plots. Eye screening was also organised for school children as well as cattle help camps.

Ambuja Cement Foundation, plans to take its water conservation programme all over India. It also has mobile health vans in each of the six states where its plants are located and has supported NGOs in such initiatives as spreading awareness about the ill-effects of tobacco in schools. Tiwari attributes the company’s social conscience to its managing director, Narottam Sekhsaria, who founded the Ambuja Cement Foundation. He says, “When at the top level there is this consciousness, the vision of the company flows from there.”