Fourth Dimension Inc. > Sustainability > Is Nature She or It 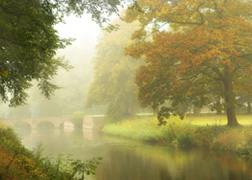 Nature sings her most exquisite songs to those who love her. She does not unfold her secrets to those who come only to gratify their desire of analysis, to gather facts, but to those who see in her manifold phenomena suggestions of lofty, delicate sentiment.

The modern environmental movement needs a radical rethinking on the nature of Nature. The crucial question is: Is Nature She or It?

One of the major causes of the present critical environmental condition is the lack of reverence or sensitivity to the living beauty and divinity of Nature. This in turn is the result of a flawed conception of Nature as the inanimate storehouse of resources and a misguided humanism that looks at Nature as something which exists solely for fulfilling the needs, desires or greeds of human beings. As the Brazilian environmentalist, Lutzenberger points out: “The anthropocentric world-view westerner inherited – has allowed our technocrats and bureaucrats and most simple people too, to look at Planet Earth as if it were no more than free unlimited resources to be used, consumed and wasted for even our most absurd or stupid whims. We have no respect for creation.” The future of environmentalism requires a critical re-examination of this modern conception of Nature.

In the traditional scientific paradigm Nature is “It”. In the conception of physical sciences Nature is essentially an inanimate material energy and consciousness is an “epiphenomenon”, emerging from physical nature but not inherent in Nature. The life-sciences consider Nature as a complex living organism. Some of the philosophical speculations spun around New Physics and the Deep Ecology movement admit the possibility of a consciousness or a living intelligence within Nature. But even these more intuitive conceptions in scientific and environmental thought are hesitant to radically question the traditional scientific conception of Nature. However there are a few eminent scientific thinkers who are bold enough to question the crass materialism of orthodox science. For example, Max Planck, a Nobel Laureate in science and a pioneer of Quantum Physics, states:

“As a man who has devoted his whole life to the most clear-headed science, to the study of matter, I can tell you as the result of my research about the atoms, this much-there is no matter as such! All matter originates and exists only by virtue of a force which brings the particles of an atom to vibration and holds this minute solar system of the atom together. We must assume behind this force the existence of a conscious and intelligent Mind. This Mind is the matrix of all matter.”

Here comes the importance of some of the spiritual conception of Nature perceived by ancient seers. In this conception Nature is not merely an “It” but a living She, a Universal Consciousness, Power and Wisdom. And Man is part of Nature not only physically but also psychologically and spiritually. In the scientific conception, Nature is something which cannot respond to human aspiration and which has to be “saved” by human interventions. But the spiritual paradigm views Nature as someone who can respond consciously to human aspiration, prayer and action, who doesn’t need human beings to save her. Nature can save herself and save us if we respond positively to her purpose and intentions. Global warming is in fact a warning of Nature, to stop the self-destructive path we are taking and change course. If we respond positively to the warning in all the levels of our being, in our thought, feeling, will and action, with insight, prayer, love and action, Nature will respond to our aspirations. She will restore the balance and heal the damage we have wrought on her body.

This issue is dedicated to our universal Mother. The main objective of this issue is to provide a glimpse of the intuitive, inward, aesthetic and spiritual perceptions of Nature which reach beyond the scientific understanding of ecology. This doesn’t mean rejections of science or the present forms of environmental activism. Our environmental concerns, sensitivities or actions will become more living, creative and effective if it is further illumined by a deeper and more integral understanding of Nature and animated by a sacred feeling for the divinity of Nature. Our environmental actions should not be a mere dry duty to an inanimate It driven by fear of survival but a loving service to a divine She inspired by a sacred and enlightened devotion.