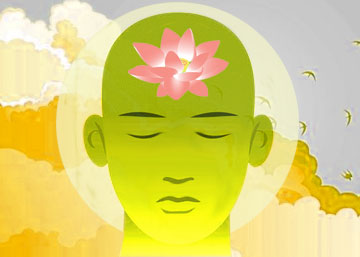 The next to rethinking Nature which we have discussed in our earlier article, the other important task is to rethink the aims and values of development.

This rethinking is already happening in economics and in the environmental movement. One of the most forceful exponent of this new thinking in economics is the Swedish economists E. F. Schumacher. In his well-known and influential book “Small is Beautiful” Schumacher presents a powerful critique of the traditional paradigms of development based on endless material growth and consumption. He calls modern humanity to return to the eternal values of truth, beauty and goodness and to Buddhist economics which aims at “maximum well-being with minimum consumption” and a work-culture where there is less toil for acquiring more and more material wealth and as a result “more time and strength is left for artistic creativity.”

Commenting on the biblical passage “seek first the kingdom of God, all else will be added on to you”, Schumacher argues that the modern humanity, afflicted with maladies like “terrorism, genocide, breakdown, pollution, exhaustion”, is in such a condition that “unless you seek first the kingdom of God, these other things which you need will cease to be available to you”. In the concluding paragraph of his book, Schumacher delivers the following message to modern humanity:

“The type of realism which behaves as if the good, the true, beautiful were too vague and subjective to be adapted as the highest aims of social and individual life or the automatic spin-offs of the successful pursuit of wealth and power, has been aptly called ‘crack-pot realism’… People ask ‘What can I actually do’. The answer is as simple as it is disconcerting; we can each of us, work to put our own inner house in order. The guidance we need for this work cannot be found in science or technology – but it can be found in the traditional wisdom of mankind.”

In the field of Environment also some thinkers have come to a more or less same conclusion as Schumacher. One of them is Dr. Maurice Strong, a former chief of the UN Environmental Agency, who states:

“We desperately need a new body of ideas, a new synthesis. This must centre on the need for a new attitude towards growth…. It will require a major transition to a less physical kind of growth, relatively less demanding of energy and raw materials. It will be one, which is based on an increasing degree on the satisfaction of people’s intellectual, moral and spiritual needs and aspirations in such fields as culture, music, art, literature and other forms of individual self-development and fulfillment. These are the areas in which man can achieve his highest level of growth in human terms.”

Interestingly Sri Aurobindo, looking at human evolution from a deeper and broader spiritual perspective had come to a similar conclusion when he wrote in one of his early writings: “In the next great stage of human progress, it is not a material, but a spiritual, moral and psychic advance that has to be made” or in other words development of Consciousness. If this view is accepted, then the future of sustainable development lies not in economics, technology or even in ecology but in applied psychology and spirituality, which will lead to the moral psychological and spiritual development of humanity. This means priorities of sustainable development have to shift from material, economic and ecological sustainability to psychological and spiritual sustainability. This will not be difficult because there is a much greater affinity between ecology and spirituality than between ecology and economics. Ecology and inner development can be a mutually reinforcing combination.

Inner development in the psychological and spiritual domain can lead to a deeper and inner communion with Nature, which in turn can bring a deeper suprascientific insight into the physical as well as the supraphysical dimensions of Nature. Similarly, a disinterested pursuit of the study of ecology or the ecological paradigm in thought, feeling and action can lead to an inner contact with the universal intelligence or consciousness behind physical Nature, which can open the doors to spiritual consciousness. And the modern science of ecology has discovered two great spiritual principles at the physical level. First is the unity of Man and Nature, and second is the connectedness and the interdependence of human life.

If the outer life of humanity is organized according to these principles, with a clear understanding of the moral and practical implications of these principles, then it will create a favourable outer environment for the inner, moral and spiritual development of humanity. Let us now briefly summarize the positive consequences of this inner development for arriving at an enduring solution to the ecological and economic problems confronting our planet.

Benefits of the Evolutionary Paradigm

As the human consciousness grows inwardly and feels more and more the deeper and purer joy of inner fulfillment it will act against the desire for a gross external fulfillment through an increasing material consumption. When I am inwardly fulfilled I don’t buy whatever I can afford nor do I crave for what I don’t have. I buy only what I need and the rest of my earning I spend either for my inner growth or give it for the realization of a higher ideal which I believe will lead to a greater well-being of the community or humanity as a whole. Similarly as we grow in our mental, moral, aesthetic consciousness we will feel an enlightened and spontaneous sense of ecological and social responsibility based not only on the scientific understanding of the ecology of Nature but flowing from an emotional empathy and aesthetic feeling for Nature, life and people around us.

As we grow into the deeper and inner layers of our psychological and spiritual being it will activate in us intuitive faculties of consciousness beyond the scientific and rational mind. This will reveal to us the deeper and higher psychological and spiritual dimensions of Nature and their laws and process, which the scientific and rational mind cannot perceive. In fact, even in the domain of material nature, can the modern scientific mind say it knows fully the totality of physical Nature? For example does it know fully what are the ecological consequences of splitting an atom or slicing or altering a gene? No true scientific mind will be so arrogant to make such a statement. As we ascend into the deeper and higher levels and acquire new intuitive faculties we will get a more total and holistic insight into unity, harmony and interdependence of life and Nature and as a result, better understanding of the consequences of our decisions and action.

When the scientific, technological, professional and managerial mind of humanity acquires these higher intuitive faculties beyond the scientific and the rational mind, many of the problems related to environment, energy, economics or development, will find a quicker and better solution.

And finally when the human consciousness grows more and more into the unity-consciousness of the spirit, in which we can feel our oneness with all existence, it will lead to an unprecedented level of cooperation and harmony among humanity. And no problem, in whatever domain it may be, can stand against the harmonious and focused assault of the creative energy of the human spirit. The spiritual intuition will also reveal the deepest and highest spiritual truths of Man, Nature and God in their perfect unity and harmony. This will lead to a rediscovery of the ancient wisdom which saw and adored Nature as a living Goddess and the divine Mother of us all and an altogether new paradigm of spiritual ecology.

The Path to Sustainable Evolution

This brings us to the pragmatic question: how to achieve this higher evolution? The path involves three steps. First of all we have to evolve a synthesis of the spiritual wisdom of humanity with the modern secular values of liberal humanism, science, ecology and environmentalism. Second is to build an outer economic, social and political organization based on this synthesis. Third, and the most important, is a system of education, which can internalize the values of this synthesis in the consciousness of the people. This cannot be done entirely by the present system of mental education. We have to evolve a new system of education by which higher values like Unity of Man and Nature are not merely thought and felt as an idea or sentiment but become concrete experiential realities of consciousness, felt as concretely as we feel our body. There is a system of knowledge or science, which can provide the basis for such an experiential education. It is the ancient Indian science of Yoga.