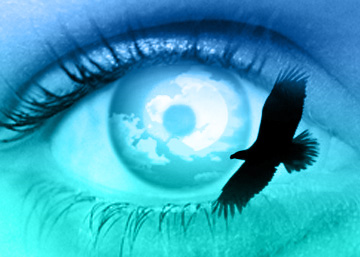 A leader must be able to assess the character and capabilities of people and inspire them to higher levels of motivation, performance or excellence. To do this effectively, the leader must have the capacity to identify himself with the consciousness of others. In the Indian yogic tradition, this higher way of knowing is called as knowledge by identity, which means to know things by becoming one with the object of knowledge.

The Yogic Knowledge by Identity

The Yogi does not know in the way of the mind. He does not know everything in the sense that he has access to all possible information or because he contains all the facts of the universe in his mind or because his consciousness is a sort of miraculous encyclopedia. He knows by his capacity for a containing or dynamic identity with things and persons and forces. Or he knows because he lives in a plane of consciousness or is in contact with a consciousness in which there is the truth and the knowledge.

Knowing Others by Identity

The first thing is to learn how to know by identity. That is indispensable when one has the responsibility for others. To learn how to guide other people, the first indispensable step is to know how to enter into their minds so as to know them – not to project one’s thought, imagine what they are, but go out of oneself and enter into them, to know what is happening there. Then, in this way, one knows them because one is them. When one knows only oneself in others that means one knows nothing. One may be completely mistaken. One imagines it is like this or that – one judges by appearances or else through mental preferences, preconceived ideas; that is to say, one knows nothing. But there is one condition in which one doesn’t even need to know, to try to know what somebody is like: one can’t do otherwise but feel what he is, for he is a projection of oneself. And unless one knows how to do that, one can never do what is necessary for people – unless one feels as they feel, thinks as they think, unless one is able to enter into them as though one were they themselves.

That is the only way. If you try to know with a small active mind, you will never know anything – nor by looking at people and telling yourself: “Why, he does this in this way and that way, so he must be like that.” That is impossible.

So, the first task of those who have a responsibility – for instance, those who are in charge of educating other children, taking care of others, from rulers to teachers and monitors – their first task is to learn how to identify themselves with the others, to feel as they do. Then one knows what one should do. One keeps one’s inner light, keeps one’s consciousness where it ought to be, very high above, in the light, and at the same time gets identified, and so one feels what they are, what their reactions are, what their thoughts, and one holds that before the light one has: one succeeds in thinking out perfectly well what should be done for them. You will tell each one what he needs to hear, you will act with each one as is necessary to make him understand.

And that is why it is a wonderful grace to have the responsibility for a certain number of people, for that obliges you to make the most essential progress. And I hasten to tell you that ninety-nine times out of a hundred, people don’t make it. But that is exactly why things are in such a bad way. Particularly those who have the responsibility of governing a country – this is the last thing they think about! They are very eager rather to keep their way of seeing and their way of feeling, and fiercely refrain from realising the needs of those over whom they rule. But indeed one can see that the result is not up to much; so far it is evident that one can’t say that governments have been remarkable institutions. It is the same thing on all levels: there are small governments, there are big governments. But the laws are the same, for all. And unless, when giving a lesson, you are able, there and then, to take in the entire atmosphere, to gather the vibrations around people, put them all together, keep all that before you, and become aware of what you can do with this stuff (with the vibrations you can spread, the forces you can give out, those which will be received, those which will be assimilated), unless you do that, mostly you too are wasting your time. In order to do the least work, one must make a lot of progress.

How to Identify: An Example

One can learn how to identify oneself. One must learn. It is indispensable if one wants to get out of one’s ego. For so long as one is shut up in one’s ego, one can’t make any progress.

When I was in Paris, I used to go to many places where there were gatherings of all kinds, people making all sorts of researches, spiritual (so-called spiritual), occult researches, etc. And once I was invited to meet a young lady (I believe she was Swedish) who had found a method of knowledge, exactly a method for learning. And so she explained it to us. We were three or four (her French was not very good but she was quite sure about what she was saying!); she said: “It’s like this, you take an object or make a sign on a blackboard or take a drawing – that is not important – take whatever is most convenient for you. Suppose, for instance, that I draw for you… (she had a blackboard) I draw a design.” She drew a kind of half-geometric design. “Now, you sit in front of the design and concentrate all your attention upon it – upon that design which is there. You concentrate, concentrate without letting anything else enter your consciousness – except that. Your eyes are fixed on the drawing and don’t move at all. You are as it were hypnotised by the drawing. You look (and so she sat there, looking), you look, look, look…. I don’t know, it takes more or less time, but still for one who is used to it, it goes pretty fast. You look, look, look, you become that drawing you are looking at. Nothing else exists in the world any longer except the drawing, and then, suddenly, you pass to the other side; and when you pass to the other side you enter a new consciousness, and you know.”

We had a good laugh, for it was amusing. But it is quite true, it is an excellent method to practise. Naturally, instead of taking a drawing or any object, you may take, for instance, an idea, a few words.

You have a problem preoccupying you, you don’t know the solution of the problem; well, you objectify your problem in your mind, put it in the most precise, exact, succinct terms possible, and then concentrate, make an effort; you concentrate only on the words, and if possible on the idea they represent, that is, upon your problem – you concentrate, concentrate, concentrate until nothing else exists but that. And it is true that, all of a sudden, you have the feeling of something opening, and one is on the other side. The other side of what?… It means that you have opened a door of your consciousness, and instantaneously you have the solution of your problem.

It is an excellent method of learning “how” to identify oneself.

1. This method described by The Mother is only one way of knowing by identity. In general for developing this higher faculty of knowledge, we have to systematically pursue the following discipline.

Mental Stillness: Faculties of thought and imagination have to be kept passive and still.
Impersonal Awareness: Freedom from personal preferences like likes and dislikes or fixed mental and moral judgements like good and bad.
Wideness: Widening our consciousness beyond our bodily or personal self to include the larger life of which we are a part.
Shifting to the Inner Self: Focusing on our inner self and learning to shift the centre of our consciousness from the surface being to the inner self which is more intuitive.
One pointed Concentration: Ability to concentrate the attention entirely on the person.
Knowing by Feeling: Making a conscious effort to understand the other through the heart’s centre with sympathy and compassion.