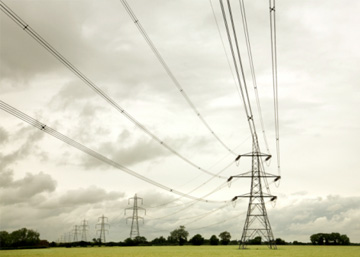 In India, we tend to bemoan the poor quality of political leadership and bureaucracy where corruption and red tape seem to have become part of the culture in government offices. However, there are many positive examples of effective political leadership and administrative competence bringing remarkable results in developmental projects. These examples have to be highlighted and held up as role models. Here is one such example based on a case study in a leading business magazine.(1)

When Narendra Modi became the Chief Minister of Gujarat in 2001, the power sector in the state was in a state of gloom. The Gujarat State Electricity Board [GSEB] has posted a loss of Rs.2246 crores for 2000-01. Transmission and distribution losses [T&D losses] were a staggering 35.27% and load shedding was frequent. GSEB’s financial condition was pathetic; it has no funds to add generation capacity of its own, nor was it able to persuade the private sector to invest.

A decade later, within the next ten years, there was a total turn around. The state electricity board posted its first profit of Rs. 203 crores in 2005 and by 2010-11, the net profit had risen to Rs.533 crores. T&D losses had fallen to 20.13%. Tariff collection efficiency is close to 100%. Gujarat has now surplus power and it has become a big plus point for the state in attracting investment. “Abundant power is a major USP of our state today” says Sourab Patel, Gujarat’s industry and power minister. Private companies, once reluctant to invest in the state are rushing in to set up power plants. Let us now examine how this remarkable turnaround was achieved and its lessons for effective government in terms of principles and strategies.

A firm and sincere political will to resolve the problem and get things done is an important factor of success in all government projects. Many decisions, projects and reforms of the government fail or can’t move forward due to weak, faltering and insincere political will. Political leadership may not be willing or hesitant to move forward if the decision or project goes against popular sentiment or encounters stiff opposition from powerful groups. In this case we are studying the political leadership understood the crucial importance of power for the economic development of the state and firm in its will to implement the turn around. The Chief Minister of Gujarat gave top priority to the power reforms.

But political will cannot do much without administrative or executive competence for implanting of the project. Here comes the importance of choosing the right project head. In this case, the political leadership seems to have made a conscious and careful effort to choose a leader with the highest administrative ability. The Chief Minister chose Manjula Subramanyam, a Gujarat cadre officer who was a Joint Secretary in the Prime Minister’s office from 1993 to 1998 and played a key-role in India’s economic liberalization. She was appointed as the chairperson of the GSEB. And the way this able officer led the reform of the power sector shows the correctness of the choice.

The ability to identify the problem at its roots and finding the right remedy is one of the main qualities of executive competence. Under the able leadership of Manjula Subramanyam GSEB management identified the following as the main problems:

1. Inefficient financial management and tariff collection.
2. GSEB has become too big to be managed effectively.
3. Heavy leakage of power in distribution.
4. Single feeder line in rural areas, which supplied power to agriculture as well as household and other needs.
5. Lack of morale and motivation among employees.

Each of these problems are tackled with appropriate measures which are innovative and sometimes radical.

In dealing with the financial situations, Manjula Subramanyam took the radical step of renegotiating tariff rates with the suppliers. She found that private players who supplied power are charging more than they should by inflating some of the technical parameter like “heart rate,” a measure of generator efficiency. GSEB management persuaded the private supplier to lower the tariff rate. There was initially stiff resistance from the suppliers. But GSEB management stood firm and after long hard bargaining the suppliers agreed to the new tariff rates. This brought a saving of around Rs.1000 crores. Similarly GSEB renegotiated interest rates for loans with the banks leading to further savings of Rs. 500 crores.

The second step is to split GSEB into six companies a holding company, a power generation company and four power distribution company which enabled better management and greater operational efficiency.

The third remedy is to reduce leakages in distribution by eliminating power thefts which ranged between 20% in urban areas and 70% in rural areas of Gujarat. The Gujarat Government passed a law against power thefts and set up five police stations across the state, solely to nab such thieves. Stringent action began against those who ran up large power bill arrears, including disconnecting their supply. Unmetered power supply, which some rural areas were getting was stopped altogether, with GSEB entering into a structural loan re-adjustment with Asian Development Bank to fund the installing of meters.

The fourth remedy is separation of feeder line that supplied power to the rural areas into two: one is to supply power for agriculture and other for household and other needs. Kirit S. Parikh, Chairman, Integrated Research and Action for Development, describes this as “a master-stroke” of the Gujarat government and explains why:

“Of the many innovations the state tried, the separation of feeders for supply towards agricultural use was a master stroke. It not only helped farmers get quality power at fixed time but also ensured that leakages were curtailed. It enabled measurement of the power used for agricultural purposes as well, so as to arrive at the exact quantum of subsidy that needs to be reimbursed to the distribution companies. Today feeder separation is being adopted by many other states.”

The fourth measure is to bolster the morale and motivation of GSEB employees. Manjula Subramanyam found that many employees, disturbed by widespread talk of power reforms, feared for their jobs, and were feeling somewhat alienated from GSEB. She appointed a consultant to suggest ways to win back their loyalties.

From mid-2002, armed with the consultant’s suggestions, the board began its special effort to reach out to employees. It started training programmes at all levels to reassure them that while people may be redeployed, no one would be laid off. Senior officials increased their interactions with the staff, including holding ‘town hall’ meetings where they shared details of the board’s financial position and encouraged employees to ask questions. An internal newsletter was also started. Once assured of retaining their jobs, the employees themselves began discussing possible reforms. A ‘reforms progress management group’, comprising GSEB employees, was also set up.

The other important step of the Gujarat government is to give full freedom to the state electricity regulator to revise power rates according to cost of production which is something many politicians will hesitate to do because it goes against popular sentiment. But in the long-term it pays. As Kirit S. Parikh points out: “It is true that the cost of electricity is higher in Gujarat but that is because the state’s electricity regulator has proactively raised prices as costs of generation rose. This makes sense in the long term. As can be seen, companies foraying into Gujarat are not too concerned about paying a couple of rupees more for consistent and good quality power.”

This remarkable turnaround of the Gujarat power sector has brought accolades of many experts. For example, V. Raghuraman, Principal Analyst, Energy Confederation of Indian Industry, summing up the main factors behind the turnaround, states:

“Commercial losses and poor health are hallmarks of the power utilities of states in India…. Against this backdrop, the performance of Gujarat in turning around the GSEB is noteworthy. Timely tariff revisions have made the sector viable enabling the state to set up adequate generation capacity. The state is in a supply easy position with which it has been able to meet the requirements of the farm sector. Gujarat has been able to achieve the growth with a mix of steps that have both commercial and social overtones, with stress on credible implementation and realising rational user charges. The political will along with the turnaround strategy has produced the expected benefits.”

However there are still spots of concern which need attention. Transmission and Distribution losses have come down, but it is still high and above that of southern states. And the cost of power is traditionally high in Gujarat and remains so.

The Next Step: Towards Sustained Excellence

In this case study we have discussed so far, the political leadership of the Chief Minister of Gujarat combined with the administrative competence of Manjula Subramanyam have achieved a remarkable turnaround in the power sector of Gujarat. However Gujarat government and the management of GSEB should not be satisfied with this achievement. As it was indicated earlier, there are still working spots like high T & D losses and high cost of power, which have to be attended. They have to progress beyond turnaround towards sustained excellence. For without this sustained effort towards constant progress, things may slip again to the pre-turnaround condition. To progress further to this higher stage in evolution, GSEB has to take the following steps:

1. Technological upgradation and innovations which lead to constant improvement in the efficiency and productivity of equipment and people. Further reduction in T&D losses requires such technological improvements.
2. Building a culture of quality, innovation and continuous improvement at all levels of the organisations. Management strategies and techniques like TQM and Six Sigma can be of much help in this task.
3. Benchmarking with the bests in the world in power generation, transmission and distribution and make a progressive effort to attain these world-class standards and exceed them.
4. Continuous training and education for the employees at all levels, not only in enhancing their professional knowledge, competence and skill but also in leadership, self-motivation, self-development and life-management.
5. Greater focus on renewable energies like solar and smaller decentralized power systems.
6. Recycling of waste wherever possible and converting into power.
7. Building a mutually beneficial, trusting and fruitful relationship between the various stakeholders like suppliers and the industrial and agricultural clients. This requires regular interaction with them and asking their suggestions for improving the efficiency and quality of service.
8. Awakening the moral dimension in employees’ motivation by incorporating the ideal of public service, which means employees have to consciously feel they are doing a noble work of direct service to the society and if they do it with a self-transcending motive it can lead to their moral and spiritual development.