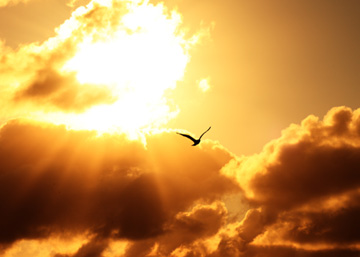 There is a deeper purpose behind the weaknesses and defects in our character. The most effective way for manifesting a hidden potential or virtue within us is to conquer its opposite. So if we have a great unmanifest capacity or a strength or virtue in our inner being there is likely to be an opposite defect in our surface layers. This defect or weakness is the Shadow of a Light within us. The weakness or the shadow has to be viewed as an opportunity to manifest the corresponding strength or light within us.

The human individual is a very complex being: he is composed of innumerable elements, each one of which is an independent entity and has almost a personality. Not only so, the most contradictory elements are housed together. If there is a particular quality or capacity present, the very opposite of it, annulling it, as it were, will also be found along with it and embracing it. I have seen a man brave, courageous, heroic to the extreme, flinching from no danger, facing unperturbed the utmost peril, truly the bravest of the brave; and yet I have seen the same man cowering in abject terror, like the last of poltroons, in the presence of certain circumstances. I have seen a most generous man giving things away largely, freely, not counting any expenditure or sacrifice, without the least care or reservation; the same person I have also found to be the vilest of misers with respect to certain other considerations. Again, I have seen the most intelligent person, with a clear mind, full of light and understanding, easily comprehending the logic and implication of a topic; and yet I have seen him betraying the utmost stupidity of which even an ordinary man without education or intelligence would be incapable. These are not theoretical examples: I have come across such persons actually in life.

What is the meaning of this self-contradiction, this division in man? To understand that, we must know and remember that each person represents a certain quality or capacity, a particular achievement to be embodied. How best can it be done? What is the way by which one can acquire a quality at its purest, highest and most perfect? It is by setting an opposition to it. That is how a power is increased and strengthened – by fighting against and overcoming all that weakens and contradicts it. The deficiencies with respect to a particular quality show you where you have to mend and reinforce it and in what way to improve it in order to make it perfectly perfect. It is the hammer that beats the weak and soft iron to transform it into hard steel. The preliminary discord is useful and needs to be utilised for a higher harmony. This is the secret of self-conflict in man. You are weakest precisely in that element which is destined to be your greatest asset.