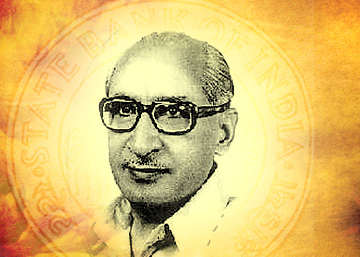 Can spirituality be the foundation for effective stewardship and elevate the level of leadership from the average to extraordinary heights? The life of an exemplary banker, R.K. Talwar [1922-2002] provides an affirmative answer to this question.

R.K. Talwar joined the Imperial Bank as probationary officer in 1943 and rose to become the chairman of its nationalized avatar, State Bank of India, in 1969 at the age of 49. But it is not this achievement in his career which makes him unique in the annals of leadership. What makes Talwar stand apart as a leader is his exemplary character, moral courage and spiritual dedication which evoked respect and admiration from everyone who came into contact with him and inspired countless young officers to lead a life of integrity and values.

Talwar groomed and mentored many officers under him who later rose to the pinnacles of their careers. A brief summary of the views of some of them gives a glimpse of the character and personality of Talwar. One of them was N. Vaghul, who later became the chairman of Industrial Credit and Investment Corporation of India, ICICI and widely recognised in India for his role in pioneering the concept of universal Banking. Regarding the nature of Talwar’s personality, Vaghul states:

“Talwar was easily the most eminent banker of his times. His leadership was characterized by an outstanding intellect, honesty, integrity and a strong commitment of purpose. Above all, he possessed an indomitable courage which helped him to take on the political establishment. His personality was shaped by a strong faith in God and an unshakable belief that he was merely an instrument of the Divine, whose purpose it was, his bounden duty to carry out. It is this faith, which became the fulcrum of his personality and any analyses of his leadership traits would inevitably lead to an analyses of this characteristic.”

And on the respect he invoked in banking circles, Vaghul writes:

“More than his achievements, the reputation for honesty and integrity enjoyed by him in the industry drew the admiration of everyone with respect to his views on banking issues and he was generally recognised as the spokesperson for the industry.”

The other senior banker who worked closely with Talwar is Dr. A.S. Dave, who later became the Chairman of Industrial Development Bank of India, IDBI. Dave in his tribute to his mentor states:

“To us he is more than a manager, leader, chairman, friend or a Guru. He is a living symbol of values of perfect professionalism and fearlessness overall guided by his spiritual hunger and deep concern for human beings. He just cannot be measured by the conventional yardsticks of logic, success or failure. He is above all these. It does not matter at what stage in life one came to know him, nor the limited time for which one worked closely with him. What matters is his immense presence, the instantaneous respect he commands, the spontaneous responses he evokes, and the lasting impact of the relationship that stays behind in one’s life. Getting to know him closely was the beginning of transformation in our own lives.”

Talwar displayed extraordinary courage and integrity in his banking career as a leader. He defied powerful political authorities in upholding his values. He was compassionate, just and fair in dealing with his colleagues and subordinates. He displayed the highest professional competence in his work and demanded such professionalism from his associates and clients. He created a higher work-culture in the institution he led. As N. Vaghul describes in his biography of Talwar:

“As a person, he is capable of boundless affection, an affection which is given generously without asking for anything in return. As a friend, he is capable of providing immense support and comfort. He is someone with whom you can share your innermost feelings and count on a sympathetic hearing. As a leader, he was unrivalled and to many younger colleagues he was a mentor responsible for shaping their lives. He is a spiritual Guru who with his simple yet profound spiritual thoughts can create vibrations in the deepest layer of consciousness.”

“Under his leadership, State Bank of India quickly came to be recognized as a Bank with a difference, consisting of officers who displayed the highest sense of honesty and professionalism, apart from a high level of competence. I have often heard this being mentioned in the Reserve Bank and Government of India circles that one could easily pick unerringly a State Bank of India officer from amongst an assembly of bankers.”

The inner source of Talwar’s character and achievements are not mental or moral but spiritual. Talwar is mainly a spiritual seeker and a practicing Karma yogi who happened to be a professional banker. Talwar believed and practiced the yogic doctrine of surrender to the Divine and becoming an instrument of the Divine Will. “Talwar’s personality… and his entire value-systems” says Vaghul “were shaped by a strong conviction in God and he was carrying out the God’s Will” and his moral courage to defy the pressures of the powerful, “stems from a deep sense of spiritualism from which he drew his inspiration.” Here is another anecdote from Vaghul which gives a clear indication of the spiritual inspiration behind Talwar’s leadership.

“On the first day of his assumption of the office as Chairman he called me to his room and offered me the post of his secretary, which I accepted with delight. I sat with him to discuss as to what we should be doing and what should be our priorities. During the course of the conversation, I remarked, ‘Sir, during your tenure as Chairman we should ensure…’ He immediately stopped me and said, ‘Vaghul, never again bring this phrase ‘during my tenure’, I as an individual do not matter. I can never let the thought enter into my mind that I am the doer. I am here in this office because of the Divine Will and my duty is to serve Him and obey His command.”

“He saw every new situation in which he was placed as a new opportunity, new challenge and himself as a chosen man to offer his services to the Divine to his best abilities and as perfectly as possible. To each new stage of life, he believes, he is driven by Divine Will, and there can be no place for regrets; only joy for the new and gratitude for the past. There is no passivity, no fatalism in his acceptance of events; his acceptance is total and joyful, and all his responses positive. For him they are nothing but occasions for offerings and further offerings. Life, for him, is meant for unconditional offerings to Divine Will.”

Talwar was a dedicated follower and disciple of Sri Aurobindo and The Mother and his entire life was moulded by the teachings of his Masters. He believed that The Mother of Sri Aurobindo Ashram was a human manifestation of the Divine and made a conscious attempt to live according to her inner guidance or outer instructions. In the following passage Vaghul describes clearly the spiritual faith behind Talwar’s actions and achievements:

“His meeting with the ‘Mother’ was not preplanned but took place when he was on a visit to the Ashram. When he looked at the Mother’s eyes, something snapped in him and he experienced as though a strong energy was flowing through his body. This was a moment of a sudden awakening in him and he found that his search of Divinity ended with his meeting with the Mother. From that point of time, the Mother and the Ashram became the focal points in his spiritual journey. He stopped reading any scriptures, refused to engage himself in any discussion on metaphysics and confined himself only to the readings of the Mother’s teachings. His favourite literature was, of course, the Mother’s ‘Questions and Answers’, which he believed contained all the wisdom that a person needed to have. He came to a simple but strong conclusion at this point of time, that the Divinity he always believed in, was manifested in the form of the Mother, and that he was merely an instrument or tool to serve Her Will. He did not waver from this thought till the time of his death.”

In receiving the inner guidance from the Divine, Talwar followed the formula given by The Mother, which he describes in one of his interviews as “Sincerity + Silence = Inner Voice,” which means when the aspiration to live according to the Divine Will is sincere and the mind is silent, the inner divine guidance is heard or felt in the stillness of the mind or heart.