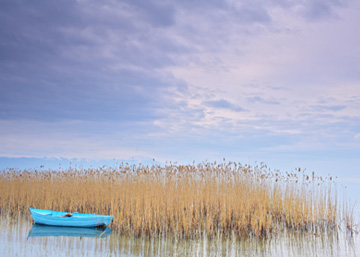 All true and great art comes from an inner contemplation or vision of the deeper, invisible realities behind the outer visible phenomenon. As a Chinese artist said, “The aim of true art is to express that which is not made visible by the Sun and the Moon.” To achieve this aim, the artist like the yogi has to enter into deep contemplation and receive the inspiration from within.

On the Term Yogi

“…the term “Yogi” is very vague and wide. There are many types of Yogis, many lines or ranges of spiritual or occult endeavour and different heights of achievement, there are some whose powers do not extend beyond the mental level; there are others who have gone beyond it. Everything depends on the field or nature of their effort, the height to which they have arrived, the consciousness with which they have contact or into which they enter.”

Artist and the Yogi

There is nothing to prevent a Yogi from being an artist or an artist from being a Yogi. But when you are in Yoga, there is a profound change in the values of things, of Art as of everything else; you begin to look at Art from a very different standpoint. It is no longer the one supreme all-engrossing thing for you, no longer an end in itself. Art is a means, not an end; it is a means of expression…. His personality counts no longer; he is an agent, a channel, his art a means of expressing his relations with the Divine.

For like a Yogi an artist goes into deep contemplation to await and receive his inspiration. To create something truly beautiful, he has first to see it within, to realise it as a whole in his inner consciousness; only when so found, seen, held within, can he execute it outwardly; he creates according to this greater inner vision. This too is a kind of yogic discipline, for by it he enters into intimate communion with the inner worlds. A man like Leonardo da Vinci was a Yogi and nothing else. And he was, if not the greatest, at least one of the greatest painters, – although his art did not stop at painting alone.

The Spiritual Foundation of Art

If you want art to be the true and highest art, it must be the expression of a divine world brought down into this material world…. I knew some who had it; they worked consciously at their art with the knowledge. In their creation they did not put forward their personality as the most important factor; they considered their work as an offering to the Divine, they tried to express by it their relation with the Divine.

This was the avowed function of Art in the Middle Ages. The “primitive” painters, the builders of cathedrals in Mediaeval Europe had no other conception of art. In India all her architecture, her sculpture, her painting have proceeded from this source and were inspired by this ideal. The songs of Mirabai and the music of Tyagaraja, the poetic literature built up by her devotees, saints and Rishis rank among the world’s greatest artistic possessions.

The discipline of Art has at its centre the same principle as the discipline of Yoga. In both the aim is to become more and more conscious; in both you have to learn to see and feel something that is beyond the ordinary vision and feeling, to go within and bring out from there deeper things. Painters have to follow a discipline for the growth of the consciousness of their eyes, which in itself is almost a Yoga. If they are true artists and try to see beyond and use their art for the expression of the inner world, they grow in consciousness by this concentration, which is not other than the consciousness given by Yoga.

But if one does Yoga can he rise to such heights as Shakespeare or Shelley? There has been no such instance.

Why not? The Mahabharata and Ramayana are certainly not inferior to anything created by Shakespeare or any other poet, and they are said to have been the work of men who were Rishis and had done Yogic tapasya. The Gita which, like the Upanishads, ranks at once among the greatest literary and the greatest spiritual works, was not written by one who had no experience of Yoga. And where is the inferiority to your Milton and Shelley in the famous poems written whether in India or Persia or elsewhere by men known to be saints, Sufis, devotees? And, then, do you know all the Yogis and their work? Among the poets and creators can you say who were or who were not in conscious touch with the Divine? There are some who are not officially Yogis, they are not gurus and have no disciples; the world does not know what they do; they are not anxious for fame and do not attract to themselves the attention of men; but they have the higher consciousness, are in touch with a Divine Power, and when they create they create from there. The best paintings in India and much of the best statuary and architecture were done by Buddhist monks who passed their lives in spiritual contemplation and practice; they did supreme artistic work, but did not care to leave their names to posterity. The chief reason why Yogis are not usually known by their art is that they do not consider their art-expression as the most important part of their life and do not put so much time and energy into it as a mere artist. And what they do does not always reach the public.