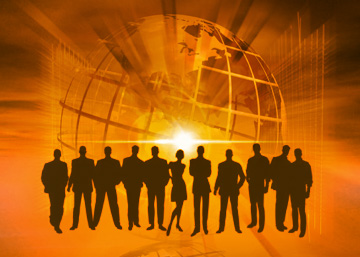 What you do does not matter; but how you do it, does; anyone can be a leader and make a difference, says management trainer Robin Sharma.

Oseola McCarty was a washerwoman and appeared destined for a life of obscurity. But, when she was 87, this African-American made astonishing news. She donated $150,000, saved through decades of frugal living, to the University of Southern Mississippi and requested scholarships be given to deserving students who couldn’t pay their way through college.

Leadership expert and management trainer Robin Sharma – during a three-hour workshop organised last weekend by Madras Metro Round Table 95 and Madras Metro Ladies Circle 70 at the Sir Mutha Venkatasubba Rao Concert Hall – uses McCarty’s life story to illustrate his point that anyone can be a leader and make a difference in this world.

In fact, while dispensing ideas for bolstering sagging businesses and careers, Sharma gives a plethora of biographical accounts, ranging from CEOs of top-ranking companies to people holding menial jobs. Each of these little stories supports an idea that is integral to Sharma’s philosophy of life and work. He urges his audience to consider being a ‘rock star at work’. Approach your day’s work as if you are on stage and giving a performance. What you do does not matter; but how you do it, does. To show what dedication to one’s calling can do for you, Sharma plays the vlog of a man who has been installing carpets for 55 years and is considered a super-star of carpet installation.

Another huge pillar of his thought is the idea of “surviving” one’s death. Greatness is measured by the impact you have on future generations. Sharma has committed to heart a popular saying he learnt from his father – “When you were born, you cried and the world rejoiced. When you die, the world should cry and you should rejoice.” Sharma talks about motorcycle champion ‘Joey’ Dunlop, whose funeral in 2000 was characterised by a massive surge of 50,000 mourners. The Irish legend has the love of millions not because he was a supremely talented motorcycle racer, but because his heart thumped with compassion for starving and homeless people. When the ethnic conflict in Bosnia was at its height, he would load his trailer – used to transport his racing motorcycles – with food and clothing and take them to the strife-hit. He also reached food for orphans in Romania in a similar fashion.

Another absorbing story was how customers of South-West Airlines helped the corporation during a crisis. When the company was in the red, its past customers, whose hearts it had won through good service, sent envelopes with $5 and $10 bills. They were telling the company, “We want you to be in business.” Sharma says people appreciate businesses that truly serve them and reward this service. They don’t understand the language of advertising – however sweet it may be – if the words are not backed by actions.

Sharma ended his session with the thought that everyone should look beyond money and life’s transience. Money is important. It buys many comforts. But it takes character to give you a continual peace and joy. “In hundred years, all of us will be dust,” he stresses. “The CEO will be buried or cremated next to the street sweeper.” A sobering and liberating thought!