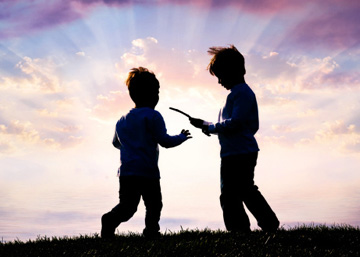 Usually this is based on vital affinities, nothing else. There are vital vibrations which harmonise and vital vibrations which don’t. It is usually this, nothing else. It is vital chemistry. One would have to be in a much deeper and more clear sighted consciousness for it to be otherwise. There is an inner perception based on a psychic consciousness, which makes you feel which people have the same aspiration, the same aim, and can be your companions on the way; and this perception also makes you clear-sighted about those who follow a very different way or carry in them forces which are hostile to you and may harm you in your development.

But likes and dislikes clearly belong to the vital world. Well, there is a vital chemistry just as there is physical chemistry: there are bodies which repel each other and others which attract; there are substances which combine and others which explode, and it is like that. There are some vital vibrations which harmonise, and harmonise to such an extent that ninety nine times out of a hundred these sympathies are taken for what men call love, and suddenly people feel, “Oh! He is the one I was waiting for”, “Oh! She is the one I was seeking!” (laughing), and they rush towards each other, till they find out that it was something very superficial and that these things can’t last. There. So the first advice given to those who want to do yoga: “Rise above likes and dislikes.”

The phenomenon of which you speak is normal to human nature. People are drawn together or one is drawn to another by a certain feeling of affinity, of agreement or of attraction between some part of one’s own nature and some part of the other’s nature. At first this only is felt; one sees all that is good or pleasant to one in the other’s nature and even attributes, perhaps, qualities to him that are not there or not so much there as one thinks. But with closer acquaintance other parts of the nature are felt with which one is not in affinity – perhaps there is a clash of ideas or opposition of feelings or conflict of two egos.

If there is a strong love or friendship of a lasting character, then one may overcome these difficulties of contact and arrive at a harmonising or accommodation; but very often this is not there or the disagreement is so acute as to counteract the tendency of accommodation or else the ego gets so hurt as to recoil. Then it is quite possible for one to begin to see too much and exaggerate the faults of the other or to attribute things to him of a bad or unpleasant character that are not there. The whole view can change, the good feeling change into ill-feeling, alienation, even enmity or antipathy.

This is always happening in human life. The opposite also happens, but less easily – i.e. the change from ill-feeling to good feeling, from opposition to harmony. But of course ill-opinion or ill-feeling towards a person need not arise from this cause alone. It happens from many causes, instinctive dislike, jealousy, conflicting interests, etc.

One must try to look calmly on others, not overstress either virtues or defects, without ill feeling or misunderstanding or injustice, with a calm mind and vision.

Our best friend is he who loves us in the best of ourselves and yet does not ask us to be other than we are.

Anyway, I wrote this with something in mind which one usually forgets: one asks one’s friends and those around one to be not what they are but what one would like them to be – one can form an ideal for oneself and want to apply it to everybody.

Well, everyone in his own little field is like that. He has an ideal, a conception of what is true and beautiful and noble, and even divine, and this conception of his he wants to impose on others.

It is this spontaneous and almost unconscious attitude I had in mind, for if I were to tell one of you, “There! that’s what you want to do”, he would protest very vehemently and say, “What! Never in my life!” But when one has opinions about people and especially reactions to their way of life, it is because one blames them for not being what one thinks they ought to be.

If we never forget that there cannot be, should not be two things exactly alike in the universe, for the second would be useless since there would already be one of the same kind, and that the universe is constituted for the harmony of an infinite multiplicity in which two movements – and even more, two consciousnesses – are never alike, then what right have we to intervene and want that somebody should conform to our own thought?… For if you think in a particular way, it is certain that the other won’t be able to think in the same way. And if you are a person of a certain type, it is absolutely certain that the other cannot be of the same type.

And this must be at the basis of the reaction that one has the right to expect from a true friend, who should wish not that his friend should be like him, but that he may be what he is.

Indeed, you should choose as friends only those who are wiser than yourself, those whose company ennobles you and helps you to master yourself, to progress, to act in a better way and see more clearly. And finally, the best friend one can have – isn’t he the Divine, to whom one can say everything, reveal everything? For there indeed is the source of all compassion, of all power to efface every error when it is not repeated, to open the road to true realisation; it is he who can understand all, heal all, and always help on the path, help you not to fail, not to falter, not to fall, but to walk straight to the goal. He is the true friend, the friend of good and bad days, the one who can understand, can heal, and who is always there when you need him. When you call him sincerely, he is always there to guide and uphold you – and to love you in the true way.