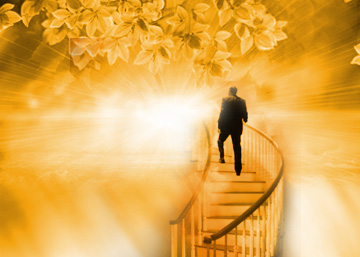 An Interview with Dr. Mihaly Csikszentmihalyi

Dr. Mihaly Csikszentmihalyi earned his Ph.D. in psychology in 1965 from the University of Chicago. Csikszentmihalyi is most well known for his best selling 1990 book, Flow: The Psychology of Optimal Experience. He defined and explored the concept of “flow” as our experience of optimal fulfillment and engagement. Flow, whether in creative arts, athletic competition, engaging work, or spiritual practice, leads to a complete involvement or absrobtion in the flow of action. In this excerpt from an interview, the eminent psychologists explains the relationship between the “flow” experience and higher evolution of human beings.

Q: In your research, you have explored what you call “flow”; could you explain what it is?

MC: I did my doctoral dissertation, back in the early sixties, on young students at the Chicago Art Institute. One thing that I noticed – and I knew also from my own experience – is that when they started painting, they almost fell into trance. They didn’t seem to notice anything, and they just moved as if they were possessed by something inside themselves. When they finished a painting, they would look at it, and they’d feel good for about five or ten minutes and then they’d put the painting away and not look at it much after that. What became important was the next canvas.

And so, obviously, there is something in the process of getting involved with the painting that is so attractive that it overrides almost everything else, except maybe the need to eat and sleep and go to the bathroom. So I tried to understand what psychologists have written about this kind of thing, this state of complete involvement. And there really wasn’t much. So I saw that this was something about human behavior that psychologists have largely neglected. And when they have studied it, they have essentially interpreted it as a means to an end, without looking at it as a motivation in itself.

In the early seventies, I spoke with chess players, rock climbers, musicians, and inner-city basketball players, asking them to describe their experience when what they were doing was really going well. I really expected quite different stories to emerge. But the interviews seemed in many important ways to focus on the same quality of the experience. For instance, the fact that you were completely immersed in what you were doing, that the concentration was very high, that you knew what you had to do moment by moment, that you had very quick and precise feedback as to how well you were doing, and that you felt that your abilities were stretched but not overwhelmed by the opportunities for action. In other words, the challenges were in balance with the skills. And when those conditions were present, you began to forget all the things that bothered you in everyday life, forget the self as an entity separate from what was going on – you felt you were a part of something greater and you were just moving along with the logic of the activity. Everyone said that it was like being carried by a current, spontaneous, effortless like a flow. You also forget time and are not afraid of being out of control. You think you can control the situation if you need to. But it’s hard because the challenges are hard. It feels effortless and yet it’s extremely dependent on concentration and skill. So it’s a paradoxical kind of condition where you feel that you are on a nice edge, between anxiety on the one hand and boredom on the other. You’re just operating on this fine line where you can barely do what needs to be done.

Since then, colleagues have interviewed by now ten thousand people around the world – women who weave tapestries in the highlands of Borneo, meditating monks in Europe, also Catholic Dominican monks, and so forth. They all said these same things. So “flow” seems to be a phenomenological state that is the same across cultures. What people do to get into that state varies enormously, but the experience itself is described in very similar ways.

Q: You have related the experience of “Flow” to human evolution. Can you explain this?

MC: My hunch is – and, of course, there is no proof of this – that if an organism, a species, learns to find a positive experience in doing something that stretches its ability; in other words, if you enjoy sticking your neck out and trying to operate at your best or even beyond your best, if you’re lucky enough to get that combination, then you’re more likely to learn new things, to become better at what you’re doing, to invent new things, to discover new things. We seem to be a species that has been blessed by this kind of thirst for pushing the envelope. Most other species seem to be very content when their basic needs are taken care of and their homeostatic level has been restored. They have eaten; they can rest now. That’s it. But in our nervous system, maybe by chance or at random, an association has been made between pleasure and challenge, or looking for new challenges.

Q: So we have a relationship between pleasure and the desire to be challenged further?

MC: Yes. Like most species, we have developed connections in our nervous system between eating and pleasure and between sex and pleasure. If we didn’t have these connections, we probably wouldn’t eat as much or reproduce as much. Survival to a certain extent depends on finding pleasure in those things that are necessary for survival. But when you begin to enjoy things that go beyond survival, then there’s more of a chance to transform yourself and to evolve. And since the state that I call “flow” depends on increasing skill and increasing challenge, then it leads toward complexification, which means greater differentiation and integration, of the organism.

Q: So do you see flow as a positive force for evolution?

MC: From the point of view of the individual, it’s a very positive experience because it does provide the most memorable, intense enjoyment in life. But, it’s not a simple story because there are two dangers with flow in terms of development or evolution. One is that at the individual level it can become addictive to the point that a person becomes increasingly dependent on one set of challenges, and when those challenges are exhausted, the person is left helpless. For instance, one thing that has always struck me is how many of the great chess masters broke down into various forms of neurosis after they beat everybody else in the world and there was nowhere else to go. So that’s one danger, at the individual level-that you stunt your development as a person.

At the social level, the danger is that you end up finding flow in challenges that are zero sum, that is, that somebody has to lose for you to win. For instance, war can produce flow if you are on the front line, and everything is clear, everything is focused, and you know exactly what you want to do, and so forth. So many people come back from war to find civilian life very boring and dull compared to their front line experience.

Q: So how does flow work to further evolution?

MC: In a sense, flow is what drives this human need for going beyond what we have. In creativity or optimal experience, I have found that it is always a struggle, and the struggle has to do with essentially opening yourself up and yet delving deeply into yourself. Here are these two processes – differentiation and integration – which have to go hand in hand for complexity to evolve. So I see flow as a very important dynamic in the evolution of complexity. It gives you the incentive, the motivation, the reward for going beyond what you have. But it does not give you an ethical direction, so I would say it has to be flow with soul.