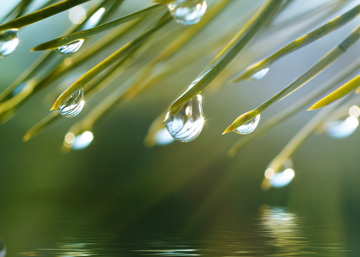 The importance of ethics and values is now well-recognized in modern management thought and in business schools. But the conceptual rigmarole of “Business Ethics” made of intellectual discussion and case studies, though helpful, is not enough to build a deep and strong moral character. The modern ethical education has to progress beyond mental discussion to the actual practice of an inner discipline of mental purification. This article describes this discipline with passages taken from the Mother’s conversation with children.

Thus there are four successive stages for the purification of the mind. A purified mind is naturally a mind that does not admit any wrong thought, and we have seen that the complete mastery of thought which is required to gain this result is the last achievement in the four stages I have spoken of. The first is: to observe one’s mind.

Do not believe that it is such an easy thing, for to observe your thoughts, you must first of all separate yourself from them. In the ordinary state, the ordinary man does not distinguish himself from his thoughts. He does not even know that he thinks. He thinks by habit. And if he is asked all of a sudden, “What are you thinking of ?” he knows nothing about it. That is to say, ninety-five times out of a hundred he will answer, “I do not know.” There is a complete identification between the movement of thought and the consciousness of the being.

To observe the thought, the first movement then is to step back and look at it, to separate yourself from your thoughts so that the movement of the consciousness and that of thought may not be confused. Thus when we say that one must observe one’s thoughts, do not believe that it is so simple; it is the first step.

We have to learn how to watch over these thoughts. First you look at them and then you watch over them. Learn to look at them as an enlightened judge so that you may distinguish between the good and the bad, between thoughts that are useful and those that are harmful, between constructive thoughts that lead to victory and defeatist thoughts which turn us away from it. It is this power of discernment that we must acquire now.

Thought-control is the third step of our mental discipline. Once the enlightened judge of our consciousness has distinguished between useful and harmful thoughts, the inner guard will come and allow to pass only approved thoughts, strictly refusing admission to all undesirable elements. With a commanding gesture the guard will refuse entry to every bad thought and push it back as far as possible. It is this movement of admission and refusal that we call thought-control.

The Positive and Negative Side

There are two sides to the discipline: you have certain faults, you know, things which prevent you from progressing. So, the negative side is to try and get rid of your defects. There are things which you have to be, to become, qualities which you must build in yourself in order to realise; so this side of construction is the positive side.

The same thing again: people who get angry… the habit of flying into a rage, of getting angry… one fights against that, refuses to get angry, rejects these vibrations of anger from one’s being, but this must be replaced by an imperturbable calm, a perfect tolerance, an understanding of the point of view of others, a clear and tranquil vision, a calm decision-which is the positive side.

Catch It and Change It

Each time one makes an egoistic movement or does those things which should not be done, one must immediately catch it as though by its tail and then put it in the presence of one’s ideal and one’s will to progress, and put the light and consciousness upon it so that it may change. To catch each thing that should not be done, catch it like that, and then hold it firmly in front of the light until the light can act upon it to transform it: this is a work which one can do all the time. No matter what one is doing, one can always do this work. Each time one becomes aware that there is something which is not all right, one must always catch it like this, prevent it from hiding, for it tries to hide: catch it and then keep it like this before the light of one’s conscious will, and then put the light upon it so that it changes.

The Light of Sincerity

My experience is like this: whenever you sincerely want to know the truth, you do know it. There is always something to point out the error to you, to make you recognise the truth. And if you observe yourself attentively you find out that it is because you prefer error that you do not find the truth.

Even in small details, the very smallest-not to speak of the big things of life, the big decisions that one has to take-even in the smallest things, whenever the aspiration for the truth and the will to be true are wholly sincere, the indication always comes. And precisely, with the method of the Buddhist discipline, if you follow up within yourself the causes of your way of being, you always find out that persistence in error comes from desire. It is because you have the preference, the desire to feel, to act, to think in a particular way, that you make the mistake. It is not simply because you do not know what is true. You do not know it precisely because you say in a vague, general, imprecise way, “Oh, I want the truth.” In fact, if you take a detail, each detail, and put your finger on it, you discover that you are playing the ostrich in order not to see. You put up something uncertain, something vague, a veil, in order not to see behind it.

Whenever there is sincerity, you find that the help, the guidance, the grace are always there to give you the answer and you are not mistaken for long. It is this sincerity in the aspiration for progress, in the will for truth, in the need to be truly pure-pure as it is understood in the spiritual life-it is this sincerity which is the key to all progress. With it you know-and you can.

There is always, somewhere in the being, something which prefers to deceive itself, otherwise the light is there, always ready to guide, but you shut your eyes in order not to see it.

The Strength of Faith and Will

What the Dhammapada means when it speaks of faith is not at all the belief in a dogma or a religion, it is not even faith in the teaching of the Master; it is faith in one’s own possibilities, the certitude that whatever the difficulties, whatever the obstacles, whatever the imperfections, even the negations in the being, one is born for the realisation and one will realise.

The will must never falter, the effort must be persevering and the faith unshakable. Then instead of spending years to realise what one has to realise, one can do it in a few months, sometimes even in a few days and, if there is sufficient intensity, in a few hours. That is to say, you can take a position within yourself and no bad will that attacks the realisation will have any more power over you than the storm has over a rock.

The will has to be made strong in the same way one strengthen muscles by a methodological exercise. You take one little thing, something you want to do or don’t want to do. Begin with a small thing, not something very essential to the being, but a small detail. And then, if, for instance, it is something you are in the habit of doing, you insist on it with the same regularity, you see, either not to do it or to do it-you insist on it and compel yourself to do it as you compel yourself to lift a weight – it’s the same thing. You make the same kind of effort, but it is more of an inner effort.

And after having taken little things like this – things relatively easy, you know – after taking these and succeeding with them, you can unite with a greater force and try a more complicated experiment. And gradually if you do this regularly, you will end up by acquiring an independent and strong will.

The Fragrance of Purity

In reality, even for a purely egoistic reason, to do good, to be just, straight, honest is the best means to be quiet and peaceful, to reduce one’s anxiety to a minimum. And if, besides, one could be disinterested, free from personal motives and egoism, then it would be possible to become truly happy.

You carry with you, around you, in you, the atmosphere created by your actions, and if what you do is beautiful, good and harmonious, your atmosphere is beautiful, good and harmonious; on the other hand, if you live in a sordid selfishness, unscrupulous self-interest, ruthless bad will, that is what you will breathe every moment of your life and that means misery, constant uneasiness; it means ugliness that despairs of its own ugliness.