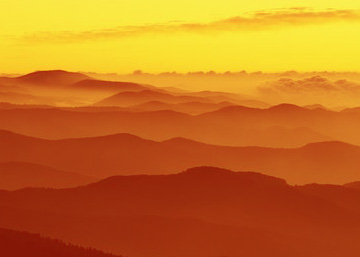 There are many mansions in my Father’s kingdom, said Jesus Christ. Here is a brief outline of the mansions of consciousness beyond the ordinary mentality and how to come into contact with them.

If we want to harness the highest, total potential of people, we will first have to understand the nature of the higher ranges of human consciousness, a consciousness beyond ordinary mentality. This article provides briefly, an outline of these deeper and higher realms of consciousness and the principles of the inner discipline to awaken them in our individual self and in the collective life.

The Anatomy of Consciousness

But this is not all we are. Behind the externalised surface consciousness there is a deeper and vaster subliminal consciousness with an inner or subtle Physical, inner Vital and inner Mental Consciousness. (1) Here the faculties of our consciousness acquire a vaster range and power and becomes much more powerful, luminous, creative and intuitive.

This is because the subliminal is less circumscribed by the heaviness and grossness of our body-consciousness, and the knot of ego, though very much there, is less tight than in our surface consciousness. Thus the subliminal can easily burst out of the body-consciousness and expand into the universal. Since the subliminal mind and vital are not limited and confined to the externalised analytical intellect or the emotions of our surface being, they are much more intuitive than the surface being, with a greater capacity for knowledge, feeling and action. And finally, the faculties of the subliminal consciousness are much more integrated and harmonized than that of the surface. This subliminal is the source of all human greatness and genius. It is the source of inspiration behind all those great and eminent men and women who have gone beyond the average human mass and made important contributions to human progress in thought and action and leadership, especially in the secular life of humanity such as politics, culture and science.

The subliminal is also the source of all occult and para-psychological phenomena like extra sensory perception, telepathy, clairvoyance and telekinesis. The subliminal can see, feel or sense the supra-physical forces and things behind the visible material facts, which the ordinary mind, confined within the surface consciousness, cannot see. It has also a more conscious and direct contact with the universal mind, of which our individual mind is a receiving centre. Those who live in, or in contact with their subliminal consciousness, can sense thoughts and feelings in other minds. So the awakening of the subliminal may also lead to a greater awareness of our inner connectedness, in other words, the psychological interdependence and interaction of our mind and life. This may lead to a great progress in psychology, which in turn can bring about a psychological equivalent of the IT revolution.

However, the subliminal is only an extension of the surface consciousness with greater powers. When it emerges in the human being, it can considerably enhance the powers of consciousness but cannot transform it because the subliminal is not free from ego and desire. It may have a freer, a more powerful and magnified or a more refined ego and desire but will not be entirely free from them. But no lasting and essential transformation of the human being is possible without a radical freedom from these two central knots of bondage.

The first major spiritual mansion or landmark within the individual is what is called the “Psychic being” in Sri Aurobindo’s Integral Psychology. Behind the subliminal, in the deepest and innermost core of our being, lies the true spiritual centre of our individuality. It is this true self in us which is probably the truth behind the “soul” of religions. This psychic being is the source of man’s higher aspirations for truth, beauty, goodness, harmony, love and unity.

The psychic being is the source of sainthood; it is the part of our being or consciousness, which creates the saint or such spiritual personalities with a deep and pure love for God and man and all creation. But, apart from these spiritual results, the psychic being has also some important pragmatic implications for the secular life of humanity. It is the source of highest harmony and integration in the human being. Only the psychic being, when it comes forward and takes full and conscious control of our life, can bring about a complete and perfect integration of our physical, vital and mental being and all its faculties and create a harmonious whole of our being and life. The other pragmatic result of psychic awakening is an unerring inner guidance, discrimination and intuition. Our whole being is illumined and clarified by a light of truth which illumines and clarifies every movement and corner of our consciousness, gives the right thought and feeling, right response to every situation and an intuition which can resolve all contradiction, dualities and dilemmas in a higher synthesis.

This brings us to the practical question – what is the path or discipline for awakening these higher ranges of consciousness that are not usually manifest in most of us.

The third principle is a constant and vigilant self-observation leading to increasing self-knowledge. The fourth principle is internalisation, which means shifting the operating centre of consciousness from the surface mentality to the deeper or inner levels of our being through a path of meditation, work or devotion. An important part of this discipline is to acquire the ability to turn inward and remain in a state of passive and receptive silence to receive the inner intuition, guidance or inspiration from these deeper and higher ranges of consciousness. To harness the highest and total human potential in an organization or collective, this four-fold discipline has to become an integral part of the education and training of individuals.