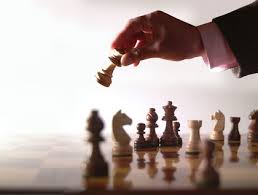 How to crystal gaze into the future.

We have discussed the concept of blue-ocean strategy in our previous article. This concept has hit upon a key-principle in the evolutionary process of Nature, who pursues her evolutionary work not only through incremental variations in the same genre, type or species but also by quantum leaps, which create new types or species. When this principle is applied to corporate strategy, it means exploring unmanifest possibilities through quantum leaps in delivering better value not only to the customer but also to the community and other stakeholders. This brings us to the question what is the nature of the quantum leap, which Nature is contemplating for humanity and earth? This question cannot be dismissed as one of the fads of the new age philosophy because it has practical implications for corporate strategy.

The trends in technology, demographics, life-styles and values are some of the important indicators for understanding the opportunities and possibilities in the womb of the future. But when the future change is not merely an incremental or even a large extension of the present but a quantum leap into a new and unmanifest dimension of life or consciousness, then understanding the essence of this new change acquires immense importance. Most of the trendsetters in strategic thinking have perceived the fact that the future change will be a discontinuous quantum leap from the present. Here are a few statements from some of the leading corporate strategist:

“You can’t look at the future as a continuation of the past… because the future is going to be different.”

“We have to stop trying to figure out what to do by looking at what we have done.”

However none of the management thinkers seem to have a clear perception of the nature of the future world. Most of the secular and management thinkers of the west consider the future as something inherently unpredictable. The common idea or belief among management thinkers is that no one can predict the future but can create or shape a future out of emerging opportunities. As Gary Hamel states, “The big challenge in creating the future is not predicting the future…. Instead, the goal is to try to imagine a future that is possible – the future that you can create.” But the eastern spiritual thought believed that there is an intuition in the spiritual consciousness of our soul which can discern the future intention and plan of Nature for humanity or the world or the possibilities which Nature is trying to bring forward or manifest in the future. But how to test the validity of this eastern belief or spiritual intuition? It has to be viewed in the context of present trends. If a spiritual intuition helps in a deeper and better understanding of the essence or patterns of the present and emerging trends, then it has at least a tentative validity. So in envisaging the future possibilities we have to take into consideration not only the perceptions of the futurists thinkers of the “secular” schools of thought, but also insights of spiritual thinkers and prophets like Sri Aurobindo and Tiel-hard-de-Chardin.