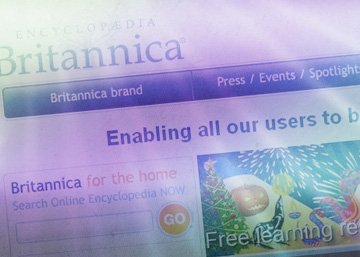 Rapid change is an undeniable feature of our contemporary society, especially, in the corporate world. And with the advent of technology, change has become not only fast but disruptive with every new technology becoming rapidly obsolete within year or sometimes in a few months. An old institution, dating back to a few centuries, with a venerable, highly respected product, Encyclopedia Britannica, was faced with such a disruptive change and was in the urge of getting wiped out. But its present CEO, Jorge Cauz confronted the change with creative stewardship and steered the institution towards a position of rejuvenated leadership in the education industry. How he did it contains important lessons for all leaders in managing change.

Encyclopedia Britannica is a venerable iconic product, regarded as a gold standard in authentic information and scholarship, a 200 year old reference source which has become an indispensable knowledge-resource in every library and educational institution.

Later Encyclopedia made a successful foray to reach out to a larger audience through a 2000 plus, door to door sales force, selling multi-volume encyclopedias to families and homes. This print version was doing very good business. In 1990, the sales peaked to more than 100,000 units in United States.

With the advent of the electronic age, leaders of Encyclopedia made some foresighted attempt to attune their institution to the new change. In the 1970s they put the entire content of the encyclopedia into a mainframe computer to make the process more efficient and streamlined. Later, as the digital technology broke in, they made some preparatory attempts by experimenting with the first electronic encyclopedia.

Then came the CD-ROM and “the business collapsed” says Jorge Cauz, the CEO of Encyclopedia. As PCs arrived, became more cheap and came in with built-in CD-ROMs, it became, as Cauz, describes, “a potential knock-out punch” for Britannica Encyclopedia. With the advent of CD-ROM, the printed versions were on the way-out. To meet the challenge, Britannica produced its own CD-ROM and priced it at $ 1200, same as the printed version. But, at the same time, Microsoft started giving its own Encyclopedia, Encarta, free of cost with its home PC, positioning it as a homework helper. And then came the Wikipedia, free online Encyclopedia which could be potentially a bigger knock-out punch for Britannica.

Thus, Britannica was in a very serious situation and an iconic product and an institution, with a great image for quality, were in the verge of extinction. Here comes the challenge of leadership.

There are three important strategic decisions, which saved Britannica. The first one is a bold decision to quit entirely from the print world. Cauz took a firm decision to stop producing the printed version. The second decision is not to compromise on quality. Cauz found it difficult to keep the CD-ROM business going against competitors like the free Encarta and the cheaper versions. Britannica has to drastically reduce the price from $ 1200 to less than $ 100. But the editorial quality of the product which gave Britannica its brand image was maintained. This is an important decision because it helped to keep the factor that gave the competitive edge to Britannica. As Cauz explains the rationale behind this decision:

“During this period there was one thing we didn’t do: reduce our editorial investment. With our business declining, we could easily have justified eliminating long-tenured editors from a cost perspective. But editorial quality has always been intrinsic to our value proposition, and we knew that it would continue to differentiate us in a growing sea of questionable information.”

“Though we were headed in the right direction CD-ROM business was still problematic, margins continued to be always thin in our competition against the free Encarta – One or two more years fighting in this market would have further debilitated Encyclopedia Britannica, and perhaps I wouldn’t be writing this. But internet access exploded, as we had expected (and hoped), and the biggest threat to our company, the CD-ROM, was itself disrupted by online access, just when we needed it to be. Britannica was able to reestablish a strong direct relationship with consumers, and our digital subscription business took off.”

Britannica’s brand and strong emphasis on quality helped Britannica to overcome and bypass the competitive threat posed by Wikipedia “Instead of getting mired in a competition with Wikipedia” states Cauz, “we focused on editorial quality with Britannica Online and used Wikipedia’s quantity-over-quality approach and its chronic unreliability as differentiation in our favour. It’s now standard practice to instruct students not to rely on Wikipedia as a reference source. Today more than half of US students and teachers have access to Britannica content and globally we are growing rapidly.”

Here is an important lesson for all leaders: customers are willing to pay for quality, even when a free lower quality alternative is available to them.

As Britannica entered into online education market and came into contact with educators, Cauz and his team became aware of the unmet need in this sector, which helped Britannica to go beyond reference products to a much more lucrative business of developing learning system.

Our growing K-12 customer base states Cauz “helped us by telling us what it needed: affordable lessons and learning material linked to the curriculum that could be used in classroom and in home.” Cauz and his team were well-poised to seize this opportunity. They had the brand which the educators recognised and the editorial expertise.

Cauz hired many new people to reinforce the editorial team, placing, curriculum specialists in every department of the company: editorial, product development and marketing.

As a whole the path of redemption charted out by Cauz is a highly successful strategy which not only saved an iconic product and the institution from the brink of collapse but steered them towards a position of strength where as Cauz points out, “Today Encyclopedia Britannica is growing on all the measures: revenue, margin, staff, content.”

Cauz has done an admirable job in pulling Britannica from the brink of extinction to a status of health and growth. The future challenge before Cauz is how to take Britannica to a still higher level of growth.

Cauz was able to take Britannica from a printed reference source to become a digital online educator by discovering an unmet need in the school and college sector. But in a knowledge-society there is need for knowledge in every section of the human society. Britannica has to extend its vision beyond the traditional education sector and try to discovery and fulfill the knowledge need of other sections of the society like for example, professionals, housewives, working woman, unemployed youth, entrepreneurs. The type of knowledge that is given can also move to a higher level from information or concept to a state of clear insightful and practical guidance to frequently asked or specific questions or common problems faced by knowledge-seekers or workers.

There is another promising domain which Britannica can explore. There is at present a growing number of spiritual seekers who are seeking for spiritual guidance. As humanity moves forward in its higher evolution, more and more people will be seeking for this spiritual fulfillment. And in the spiritual traditions and teachings of India, ancient and modern, there is a vast treasure house of knowledge which can provide the right guidance to this growing group of spiritual seekers. Here lies a great opportunity for institutions like Britannica for bringing the gap between the need and the knowledge which can fulfill the need.