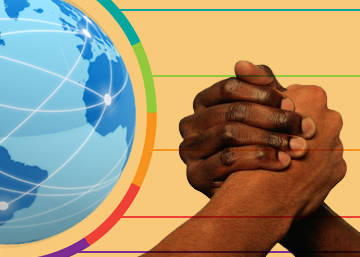 In recent times there is a growing recognition of the need and importance of ethical values in the corporate world. However, there are differences in the ethical standards of nations and cultures which can create conflict and dilemmas for managers in multinational companies. This article examines such a conflict based on a case study in Harvard Business Review and in the light of integral management.1

The Case: Ethical Relativity of Cultures

Ronald Hudson was recently appointed as President of the Chinese subsidiary of the German firm Waldon Chemicals. There was a sense of brooding concern in his face, because he was expecting a confrontation with his marketing head with whom he was to meet in a few minutes. As Hudson was thinking how to put his case, LuChing, vice-president of marketing, entered the room. Hudson greeted his Chinese colleagues warmly. After a pleasant chat about Lu’s family and new home, Hudson braced himself for the confrontation and said: “Lu, we have to do something about the dip in our sales. We are losing our market share to our competitors.” Lu responded with a face which showed no expression: “Yes, but, Hudson, such ups and downs are part of the challenge we all have to face.”

Hudson said with a smile, “I agree. But what are we doing to face the challenge?” Lu, sighed and said:

“Let us face the facts. Our company’s strict policies on kickbacks and safety and environmental standards are preventing us from winning the Chinese customers. We must be adaptive and flexible to the conditions and culture of the nation. Kickbacks are an integral part of Chinese corporate environment. Safety and environmental standards are not as high in China as in Germany. We are not cost-effective because we are spending lavishly on recycling waste, treating hazardous chemicals and elaborate safety equipment, which Chinese chemical companies don’t make; you have to persuade our top bosses to be flexible.”

Hudson looked straight at his colleague and said firmly:

“Lu, there can be no compromise on values. I will not compromise on kickback and safety and environmental standards. It is not only a matter of ethics but also an issue of Law. Our German laws do not permit kickbacks for gaining order. And we follow the German and European standards on environment and safety.”

Hudson paused and waited for the response from Lu. Lu simply stared ahead. Hudson said in a conciliatory voice: “But Lu, don’t you think China’s corporate environment is changing. Chinese environment is very conscious and concerned about the environment. And when this change happens we will have the competitive edge.” Lu replied: “That may be. But until then you should not complain if we lose market share.”

“I concede to your point” said Hudson, “But can we do something to arrest the declining market share.” Lu said, “I will think about it. You must also talk to production people.” Hudson looked at his watch and said, “Lu, I have another meeting we will discuss the matter further some other time.” Lu asked hesitantly, “Can you spare a few more minutes.” Hudson simply nodded his head in assent: “Are kickbacks non-negotiable part of our company’s values” asked Lu. Hudson muttered impatiently, “What are you driving at?” “We need not give money” said Lu, “But how about small fringe benefits like a trip to Munich, membership of golf clubs, overseas visits?” Hudson replied stubbornly, “It’s all the same thing Lu. Business bribery.”

Is Hudson right in his uncompromising position on values or as Lu thinks, too rigid and inflexible?

All ethical or value-laden decisions have to consider two dimensions of ethics: universal and the relative. In terms of corporate decision-making the universal dimension of ethics may be viewed in its two aspects: First are the values related to ‘Truth’, such as integrity, honesty and transparency; second are the values related to ‘Goodness’ or ‘Wellbeing’, which include economic, social, ecological and human wellbeing. In general, a company which believes in ethics and values should not compromise on these two universal values. So Ronald Hudson is right in his uncompromising stance on values. Bribing not only violates integrity but also harmful to the economic wellbeing of the nation. Similarly, relaxing environmental and safety standards compromises on ecological and human wellbeing.

Furthermore, there is at present a growing understanding in the corporate mind that ethical, ecological and social responsibilities are not merely a matter of idealism but in the long term lead to positive results in the bottom line. Here are two examples which illustrate how a firm and persistent ethical stance ultimately triumphs against forces of corruption.

The first example is from the housing division of a Chennai-based firm, well known for its value-based policies. The company was not able to hand over newly constructed flats (apartments) to the customers on the promised date because of prolonged delays in getting sanctions for electrical works from the electricity board. The company was determined not to take the easy and customary path of greasing the government officials. The company wrote letters to the authorities of the electricity board and also explained their principled position to the customer. A small group of understanding and sympathetic customers wrote letters to the highest political and government authorities, demanding immediate action. And finally the ethical force behind the company’s decision triumphed. The company got the sanction for the electrical works without compromising on its principles. Similarly, Xu Shuibo, former CEO a Chinese Company TNT Hoau gives another example in a response to a case study in Harvard Business Review:

“In regard to ethics, we accept that we may lose some clients because of our refusal to give kickbacks. But we also know that ethics can be good for business. In fact, one of our clients asked our Shenzhen branch for a 10% kickback. The branch general manager declined, saying, ‘We are now wholly owned by TNT, a Fortune 500 company. We will never offer bribes.’ The client excitedly responded, ‘At last I’ve found a company that refuses.’ He then placed an order worth millions of yuan.”2

Hudson displayed foresight when he said that China’s corporate landscape is changing and if Waldon stands firmly on its higher environmental and safety standards it will gain competitive advantage in the future. In fact this is already happening. Currently, greening or environmental presentation is one of the top priorities of Chinese government.

However, there is also an element of truth in Lu’s view that the company must display flexibility in adopting itself to the local or national environment in which it operates. Here comes the importance of the relativistic elements in culture and ethics. This is now quite recognized in the corporate world and studied extensively as a part of international management. The following example illustrates the importance of cultural norms in cross-cultural management. A Japanese venture in Philippines found that employees are listening to music while working, which is allowed in the Pilipino corporate culture. But the management of the Japanese company found the practice objectionable and stopped it. As a result, productivity declined rapidly. The Japanese company realized its mistake and restored the practice.

There is a similar gray area in ethics where what is ethical depends on what we consider as right or wrong. There are companies which are very strict regarding use of company resources by employees. In a well-known Indian software company if an employee uses the company phone for personal conversation he will be fired. But there are other organizations which are more lenient. For example, a NGO in South India allows its members and employees to use its stationary, phones and Internet for personal purpose which includes downloading of films and songs. The management of this NGO regards it as a part of the fringe benefits it offers to its employees. In this sphere of relativism certain amount of flexibility or concessions to accommodate cultural factors cannot be considered as unethical.

The Western corporate culture is predominantly impersonal, individualistic and work-oriented. On the other hand, Chinese culture lays a greater emphasis on personal relations, which includes the family, and the professional life of the individual blends harmoniously with his or her personal and family life and relationships are established by knowing one another’s families. So if a foreign company spends some of its resources for establishing a personal and trusting mutual relationship with the Chinese client in a Chinese way there was fundamentally nothing unethical in it. However, this is a slippery area where serious ethical violations can be justified in the name of change, flexibility, culture, relativity or competitive pressure. A young IT graduate with a strong ethical orientation joined as a trainee in a big well known IT firm highly respected for its values. In a training session, he was shocked to hear a senior executive of the firm justifying bribing as unavoidable in a fiercely competitive environment.

A company which wants to build its culture on the foundation of higher values has to formulate clear norms, principles and guidelines on the two dimensions of its ethics and values – the fundamentals which should not be diluted or compromised under any circumstances and the domain of relatives where there can be adopting to a change, culture and environment without compromising on the fundamentals.

(Published in Charted Secretary, Journal of the Institute of Company Secretaries of India)