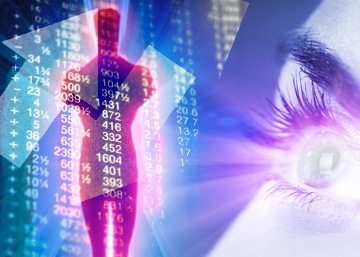 Compassion is the basis of all Morality.

The scope of ethics need not be confined to honesty. The higher values of our mental, moral and spiritual being have to be properly integrated with the pragmatic values and aims of the socio-economic and political life.

Scope of ethics; values and the bottomline.

The present ethical debate in the corporate world is focussed mostly on values like honesty, integrity, fairness or transparency. But the scope of ethics is not confined to these values. Charity, kindness, compassion, trust, forgiveness, generosity, courage, self-control, perfection, service, caring for the welfare of others are also ethical virtues. A company or management which fires an employee for using the company phone for personal talk is strictly ethical. But, a company which treats even a major ethical offence with compassion, trying to understand the deeper cause of the offence and gives sufficient opportunity and chance for the offender to correct or reform himself is perhaps much more ethical than a company which fires an employee for a minor ethical violation.

Here are two corporate examples, which brings out the difference between a narrow and a broader ethical culture. An employee of a company got addicted to alcohol. His performance deteriorated and he frequently absented himself from work. The company management fired him. A similar case from Tata Steel. He was a senior manager who took to the bottle because he was denied the promotion he felt he deserved. But the management of the company did not fire him. The erring employee was treated with patience and understanding and was helped to reform himself. Another example from a cultural-spiritual organization. He is a basically nice and decent young man. But somehow got into a state of aggressive infatuation with a woman-member of the community, who felt harassed, threatened and complained to the authorities. The psychiatric experts opined that the young man is psychologically imbalanced and advised temporary suspension of the erring member from the organization, until he is restored to health by undergoing a course of psychiatric treatment. However, leaders of the organizations treated the case with understanding, compassion and patience. And finally, the young man got over his problem and there was no further trouble from him.

But a professional manager may express a legitimate reservation to such a compassionate approach. If the erring employee is let off lightly, will it not send a wrong signal to other employees, and encourage the potential offenders? It depends on the sincerity and inner condition of the leaders. If the leaders are inwardly sincere, compassionate and fair, without any open or hidden personal bias, this inner condition communicates itself to other employees and they will understand. For example in spiritual communities, the Guru, the Master will deal with each disciple differently according to his or her individual uniqueness, nature, temperament, inner needs and evolutionary condition, and sometime for the same error or offense, the master may be firm or severe with one disciple and lenient with another. But such an approach does not cause much resentment among disciples, because they can feel and recognize the superior wisdom and compassion of the Master. Here again the corporate manager may say that such an approach may be fine for a spiritual organization but is it valid for a modern business organization, working in an environment of fast change, intense competition and tough deadlines? But, interestingly, the corporate world is beginning to recognize that a reformist, flexible and compassionate approach to erring employees is perhaps more profitable in the long-term than summary dismissals. As a columnist in a leading business daily, writing about the problem of alcoholism in corporate India, states, “It’s easier and cheaper for a company to put an erring employee back on track rather than hire, train and acclimatize a new employee.” But there are also a few executives in the corporate world, who have followed a compassionate approach to people, not out of practical consideration, but from a moral and spiritual perspective. As Rajan Govindan, former managing director of Banker Trust, US, states:

“The challenge in all this for me was what to do with a person who made the same mistake over and over again…. For years, I simply let the people go the first time. But now it would be very painful for me to fire a person…. I feel much different and would try to help them not make the mistake again. If they did make a mistake second time, I help them find another place in the company where they would be better suited.”

Moreover, the concept of individual uniqueness and the need to deal with each employees according to her unique nature, talents and idiosyncrasies is now recognized in the corporate world. This principle applies not only to talents but also to ethical lapses. In a long-term perspective a sincere, patient and compassionate attempt to understand the unique inner and outer causes of the individual problems which create the deviant behaviour may lead to much new learning which can be a great help in enhancing corporate wellness and formulating better wellness strategies.

However to maximize moral and psychological well-being of the corporate world, ethics should become a natural and integral part of corporate life. For this to happen, the ethical impulse must emerge from within than imposed from outside. The creative question, which the corporate mind has to ask, is how to do the various activities and functions of the corporate world in a nobler, truer and in a more beautiful way.

There is a moral element even in some of the mundane values of the corporate world like Quality, Customer Service and Continuous Improvement, and Employee Welfare. There is a spark of selflessness in the emerging customer-centric corporate culture. For example, Michael Hammer, the inventor of the concept of Reengineering, while describing the qualities required for success in the future, mentions “a certain degree of selflessness to focus on the customer” as one of the qualities. Similarly the concept and practice of Continuous Improvement, which is a part of Total Quality Management (TQM) philosophy, if it is pursued as an integral part of the ideal of progressive perfection can help in the moral and spiritual development of the individual. As the Mother of Sri Aurobindo Ashram, in one of her letters on Yoga, points out: “Try to enjoy doing everything you can do. When you are interested in what you do, you enjoy it. To be interested in what you do, you must try to do it better and better. In progress lies true joy.” When we seek for a progressive excellence or perfection in every aspect of our work, then it can be a means of spiritual growth. Again as Mother states: “In works aspiration towards Perfection is true spirituality”. Similarly employee wellbeing is a great ethical value and an organization, which gives the priority attention to this value, makes rapid progress in its higher evolution.

Thus, when these modern corporate values are pursued with certain selflessness and with the right inner attitudes it can lead to the moral and spiritual development of the individual and the organization. In fact, every activity of business or the corporate life can be pursued with an ethical, aesthetic and spiritual attitude and orientation.

Values and the Bottomline

Here comes an important principle, which is beginning to be recognized in the modern corporate life. It is the pragmatic significance of values. For a moral or spiritual value lived in action releases a corresponding moral or spiritual force, which in the long-term leads to positive material gains. This is a fact, which was intuitively perceived by all morally and spiritually sensitive minds but difficult to prove in empirical terms. However, there is at present a growing body of research, which indicates that moral ideals can lead to financial and business success. For example, Patricia Aburdene, in her well-known book, “Megatrends 2010”, states:

Patricia gives the following example to substantiate her hypothesis.

1. A 2002 DePaul University study found that the Business Ethics 100 Best Citizens (the 2001 list) outperformed the mean of the rest of the S&P 500 by ten percentile points. The DePaul study tracked total returns, sales growth and profit growth.

2. When researchers studied firms that honor stakeholders, not just shareholders, the results were particularly striking. Tower Perrin studied 25 firms that excel in relationships with stakeholders-investors, customers, employees, suppliers and communities. From 1984 to 1999 the “stakeholder superstars” beat the S&P 500 by 126 percent. The “superstars,” including firms such as Coca Cola, Cisco, P&G and Southwest Airlines, showed a 43 percent return in total shareholder value versus 19 percent in total shareholder return for the S&P 500.

3. Employees are clearly stakeholders. Does it pay to keep them happy? A Watson Wyatt Worldwide survey of 400 public firms found those with the most employee-friendly practices, such as flextime and good training, delivered shareholders a 103 percent return (over 5 years), while those with the fewest gained 53 percent in the same time frame.

However we must note here this link between higher ideals and the bottomline happens only when the pragmatic values are not rejected or ignored but properly integrated with the pursuit and actualization of higher values. But if the higher values are pursued exclusively at the expense of or ignoring the pragmatic values like efficiency, productivity or prosperity it will not lead to integral well-being of the individual or the community. For example, if the people of a nation or civilization – at a certain stage in its history – were carried away by a powerful and lofty but world-denying spiritual philosophy, and neglect or ignore the material and pragmatic aims and values of life, then it will weaken the vital vigor of the nation resulting in poverty in the economic and social life, and weakness in the political life, sometimes culminating in painful and humiliating subjection and conquest by foreign powers. As Sri Aurobindo explains:

“The nation or group is not like the individual who can specialize his development and throw all his energies into one line. The nation must develop military and political greatness and activities, intellectual and aesthetic greatness and activity, moral sanity and vigor; it can not sacrifice any of these functions of the organism without making itself unfit for the struggle for life and finally succumbing and perishing under the pressure of more highly organized nations…. No government… can really be good for a nation or serve the purposes of national life and development which does not give full scope for the development of all the national activities, capacities and energies.”

This principle applies not only to the development of a Nation but also to any human community like an organization. The mental, moral, aesthetic or spiritual ideals should not be pursued exclusively at the expense of pragmatic values, which lead to economic, social and political vitality and vigor. A strong vigorous, creative and productive vital energy and a beautiful and harmonious plentitude and prosperity of the material life are also part of total well-being of the human life. The right condition for integral well being is a harmony and integration of the values of the body, life, mind and spirit in man, organized in a proper hierarchy. In practical terms, it means the values and ideals of the higher mind and spirit should inspire, guide and control our physical and vital life and cast their refining influence on the body and life of our individual and collective organism.