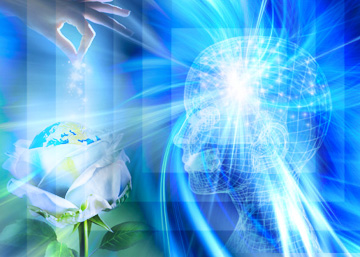 Way to implant the idea in the consciousness of the individual and the collectivity.

A vision or a value is an idea which has to be internalized in the consciousness of an organisation. This process can be compared to the agricultural process where the seed is sown in a ploughed soil and allowed to grow into productive plant through proper harvesting. The visionary Idea is like the seed. But the seed-idea has to be sown and implanted deep into the collective consciousness of the group and allowed to grow into or yield its full creative potential from within outwards, through a process of proper psychological harvesting. This requires a deep understanding of the psychological principles of education and communication and the way of the Idea.

In the beginning or in the initial stages of the formation of the group, it was relatively easy. There was only a small group of founder-leaders who are the creators of the vision or committed to it. And the few executives or workers who join later can be aligned to the vision through a careful and personalized selection and education. However the problem becomes complex when the organization grows big and more and more people enter into the group or during critical periods of evolutionary transitions when the group has to be reoriented towards a higher idea and vision. The problem or challenge here is not only to consciously align the people’s mind to the vision or the idea but to establish the idea as a living collective force in the environment and saturate the mental atmosphere with the idea, so that it acts consciously as well as subconsciously on the people’s mind.

According to Indian yogic philosophy Mind like Matter is a form of energy; a thought is a bundle of mental energy. A well thought-out and clearly formulated idea is a bullet of crystallized mental energy shot into the mental atmosphere of the planet. This living mental entity, which is more or less independent of its creator, circulates in the mental atmosphere, silently entering into the minds of people. This happens constantly and invisibly in the mental environment of a collectivity.

We are constantly influenced by a barrage of thoughts and feelings of others in the mental level. But a well-formulated thought coming from a conscious, concentrated and deliberate mental effort acts much more consciously than a vague, fleeting and incoherent thought. In other words, we may say, the moment a thought is clearly formulated, it is “published” in the mental atmosphere and begins to act in the minds of people. It seeks for receptive minds in which it can lodge itself, especially those minds with sufficient pragmatic and vital capacities for materializing the idea in the outer life.

So the first step in realizing an idea or vision in a group is to project it into the mental atmosphere of the group with a certain living force. To do this the idea has to be perceived with sufficient clarity in the mind, emotional energy and enthusiasm in the heart and a firm faith in the ultimate success or realization of the idea in the will. This very act of perception is a creative force which has its own action. Interestingly an Indian management consultant, S.K. Bhattacharya, writing on the importance of a clear perception of the goals of an organization says: “…a clear definition of the super ordinate goals (of the organization) leads to better performance”; he then adds significantly “once the organization has defined its super ordinate goals and reflected on it in terms of its strategies and policies, in a sense it is ensuring the attainment of its quantitative goals.” This pragmatic perception of a modern management professional is valid not only to the goals of an organization but also to a new Thought, Vision or Approach in any human endeavour like business, management or politics. A clear perception of the Vision and the Path releases a creative force which tends to realize itself in life.

The perception in the mind has to be followed by formulation in words, which crystallizes the idea in the collective mind. Here, we have to strive for a maximum possible harmony between the inner state of consciousness and its outer expression. For example, there are people, especially writers, whose thoughts and feelings may be shallow and superficial, but they have a great power of expression which is crisp, smart or flowery.

On the other hand there are those who have a great depth in their thought, feeling or experiences, but when they try to express their inner state, they are not able to articulate it with a commensurate creativity in language. When there is a perfect harmony between these two, it creates what is called in Indian thought as the Mantra.

According to this Vedic conception the highest ideal of language or literature is to create the Mantra, which means to reproduce in words the inner vibration of a soul-state or a state of consciousness which may be an idea, emotion, aspiration, prayer, intuition, vision, experience or realization. A vision or idea acquires the highest creative force when it is formulated in mantric words which exactly express the totality of the inner state of consciousness from which it emerges. Such mantric words have great evocative power; it can bring down the power of heavenly forces into the earthly idea or action.

Thus when we have perceived the vision or idea with clarity and insight in the mind, infused it with the intensity of feeling in the heart, energized it with faith of conviction in the will and finally expressed it with words approaching the ideal of mantra, we have planted the idea as a living creative force in the consciousness of the community. This living mental entity will silently act on the minds of people and create a subconscious receptivity to the idea in their consciousness. In some who are exceptionally receptive, it may even emerge in their conscious mind as their own idea.