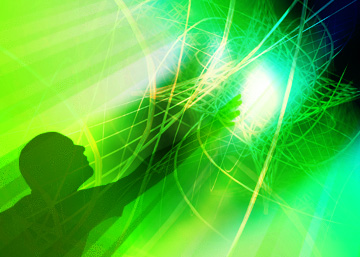 Motivation is not something which can be generalised or standardised like the McDonald’s Hamburger; it requires a clear understanding of each person’s nature, temperament and evolutionary condition and a flexible application of this understanding according to the unique motivational and growth needs of the individual. This story illustrates the path and process of evolutionary motivation based on real episodes from the lives of some great spiritual masters of India.

A great sage gave an inspiring discourse on spirituality to a group of people gathered in his house. After the talk was over, a young man from the group approached the sage and said, “Sir, I am very much inspired by your talk. Tell me what I can do to enter into spiritual life.” The sage looked at the young man with his large, penetrating eyes and replied with a mischievous smile:

“Go and tell lies. Be selfish and worldly.”

The young man and the disciples of the sage sitting around him were perplexed and surprised at the sage’s reply. The young man, not knowing what to say, shifted his body uneasily and nervously. The sage laughed and said:

“Relax young man, I was just joking. But for you to progress in life you have to concentrate more on the worldly rather than on the spiritual life. Be ambitious. Don’t be satisfied with what you are. Aspire for wealth, power, name and fame, success, position and prestige in society. Enjoy life to the full. But earn your wealth and power through honest and legitimate means and use them not only for your self but also for the benefit of the community of which you are a part. Be kind and charitable to your friends and near and dear ones. Help people in distress. But be a Rudra to your enemies. Do not yield meekly to the pressure of people or environment. Fight and conquer the forces or people who oppose you.

Never yield to injustice. Be more practical and flexible than idealistic in dealing with people and situation. Fulfil diligently and honestly all your responsibilities to your family and the society. Enjoy the fruits which come as a result of the fulfilment of your duties. Offer all your action, fruits and the enjoyment to God. This is the sadhana for you.”

The next day the sage was in his house, listening to and answering the difficulties and questions of his disciples. One of the woman-disciple recounted the difficulties experienced by her husband, a building contractor, in conducting his business. She said, “You have told my husband to conduct his business honestly. My husband was having a very successful and prosperous business. But since the day he has decided to do his business honestly his fortunes are on the decline. The present business and government environment is so corrupt it is difficult for an honest businessman to survive. Especially in the business in which my husband is in, it is virtually impossible to get a contract without bribing the concerned officials. My husband is struggling hard to keep his business going.” The sage replied:

The women-disciple looked at the sage perplexed. The sage spoke again in an uncompromising tone:

“Whatever happens, your husband has to cling to his moral principles. He should not give bribe under any circumstance. He must be truthful and honest in his dealings. And because of this, your husband goes bankrupt, and he and you and your family have to starve, even then he has to steadfastly cling to his values.”

The women almost cried, “What you are preaching is a cruel and impractical idealism.” The sage, seeing the distress and anxiety in the women’s eyes, said consolingly:

“Listen dear Vimala, if your husband clings to his values and have faith in God in this hour of difficulty, I can assure you that after sometime he will be appreciated and respected by his customers and the business community for his principled stand and he will again prosper in his business. But that is a secondary result. More important is that your husband will make a decisive progress in his evolutionary journey. You have to provide moral and spiritual support to your husband in this hour of difficulty which is also the hour of progress. In India, in our Sanskrit language, wife is called Sahadharmini, a co-traveller in the path of Dharma. So you have to help your husband in progressing in the path of Dharma.”

The next day the sage was conversing with his close disciples. His secretary, and a disciple, reads a letter of another disciple, Sankar, from a distant land. The disciple, a businessman, writes to his Guru that since the day he took to the life of Sadhana, he was doing his business honestly and truthfully and asks what else he can do to align his business with his spiritual aspiration and sadhana. The sage remarks laughingly, “He has to kick off his morality,” and instructs his secretary, “Write to him he should no more do his business according to the ethical and moral standards of his mind or society. He has to silence his mind and seek the guidance of his soul and do his business according to the dictates of his soul.”

One of the disciples asks the sage, “Sir, I am intrigued by the different ways in which you dealt with people during the past two day. The day before yesterday, when a young man asked you to initiate him into spiritual life, you told him to concentrate more on the worldly life rather than on the spiritual life. Yesterday to Vimala’s husband, you advised him to cling steadfastly to moral principles.

But today you are asking Sankar not to do his business according to moral principles but according to the inner guidance of his soul. What is the cause behind such a vast difference in approach?” The sage replied, “They are in different stages of evolution; so, obviously, they cannot be treated in the same ways,” and explained further:

“The young man who came to us a few days back is a child-soul at the first stages of evolution. He is a mass of Tamas living in the inertia of his physical or bodily consciousness driven by its instincts and material needs. He is not yet ready not only for spiritual life but also for the higher moral development. The next immediate goal of his evolution is to progress from an inert physical man, driven by his biological and material needs, to become a dynamic vital man, living in his emotional and pragmatic mind, vitality and will, successfully dealing with the outer life. In this early stage of human development, Nature doesn’t insist on ethics or morality but on the psychological development of the emotional, vital and pragmatic mind. Left to the slow process of Nature, it may possibly take hundreds of births to prepare that young man for the higher moral and spiritual development. But what I have told him is a discipline which will accelerate this natural process of evolution. In fact this is the original aim of the Dharma-shastras of ancient India, which is to provide a discipline which will accelerate the psychological and spiritual evolution of the ordinary physical man who is at the first, preliminary stage of human development.”

“The case of Vimala’s husband belongs to the next stage in human development. He is a rajasic vital man who lives in his well-developed pragmatic mind, vitality and will. For him the next step in evolution is to progress from the rajasic vital man to a sattwic man governed by his intellectual, ethical and aesthetic mind. So I set him on a path of ethical development. The difficulty he is experiencing in his business is in fact an opportunity to move decisively in this higher line of progress.”

One of the disciples asked, “Does it mean that those who are on the first two stages, the tamasic and rajasic men are not ready for the direct inner guidance of the soul?” The sage replied:

“We cannot make such rigid generalisation Human being is a complex organism which cannot be rammed into a fixed logical process or formula. In general it is not advisable to preach direct inner guidance to a tamasic or rajasic nature with a weak soul. It may lead to mistaking of the desires and instincts of the body and vital as the inner inspiration. But this may not apply to an awakened soul. It depends on the level of inner awakening of the soul.”