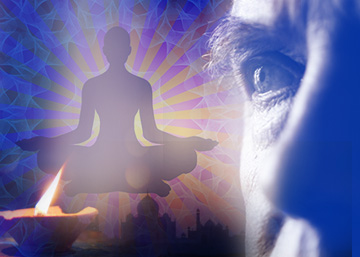 The ancient Indian thought based on the concept of Dharma can shed deep insights into what is the type or nature of vision which can bring a lasting success to an organisation.

The mission and vision have to be aspirational and audacious, not limited by the potentialities of the past or present. But for achieving a better quality of life the mission or vision must aim at qualitative greatness rather than quantitative expansion. For example, the vision of Alexandar and Genghiskhan was to conquer and rule over the world through military power. It is a great and heroic vision but it may not lead to any qualitative improvement in the life of the people who are ruled over. On the other hand, the great emperors of ancient India like Vikramaditya, Chandragupta and Asoka, had no such world-conquering ambitions. Their political aspirations were rather modest compared to that of Alexander or Genghiskhan. But they had a great moral vision for building a civilization on the foundations of the noble values of Dharma.

The vision of the empire-builder of India was based on the ancient Indian social and political thought which aimed at creating a framework of outer life that will lead to material, social and moral well-being of the community and a progressive psychological and spiritual evolution of the individual towards her spiritual destiny. As Sri Aurobindo points out, the master idea that governed the Indian social, political and cultural life of ancient India has been, “the seeking of man for his true spiritual and the use of life as a frame and means for that discovery and for man’s ascent from the ignorant natural into the spiritual existence.”

In ancient India this dharmic vision did not remain as an abstract theory in the upper layers of the communal mind. The empire builders of classical India made a conscious attempt to create a political, social and cultural environment favourable to the flowering of this dharmic vision in society. Similarly, the leaders of Indian culture, made a great attempt to communicate the vision to the people through philosophies, images, symbols, stories and myths and integrate it into the daily life of people through a network of social, religious and spiritual values, institutions and practices.

And the positive result of this effort was well documented in the accounts of Chinese pilgrims who traveled India during the golden ages of its history. As a team of American historians, writing about the life of people under the reign of the Gupta emperor Vikramaditya, states:

“Fa-Hsien, who had no reason to bestow unmerited praise, described the government as just and beneficent. The roads, he indicated, were well maintained, brigandage was rare, taxes were relatively light, and capital punishment was unknown. He testified to a generally high level of prosperity, social contentment and intellectual vitality at a time when the nations of Western Europe were sinking into semi-barbarism.”

The modern corporate world can learn a few lessons from this ancient Indian wisdom in framing their mission and vision. For example a company, which aspires to become the most admired, or the best employer with a predominant emphasis on employee well-being and development has a qualitatively superior vision than the one, which aspires to be number one or two in terms of size, market share or market-capitalization, with a dominant stress on financial goals. And these two visions, the first one predominantly dharmic and the other exclusively economic, will have their corresponding results in the quality of the corporate life.

It is the same with values. To create a higher quality of life, the system of values must contain elements of universal dharma. The Mission, Vision and Values constitute the aim and the path of the organization. And as the Mother of Sri Aurobindo Ashram points out “…on the quality of your aim will depend the quality of your life” and “your aim should be high and wide, generous and disinterested; this will make your life precious to yourself and to others” or in other words, dharmic. For, an aspiration oriented towards the universal values of Dharma expressed in selfless, disinterested and generous action or service for the well-being and progress of the larger whole of life is the essence of dharmic behaviour.