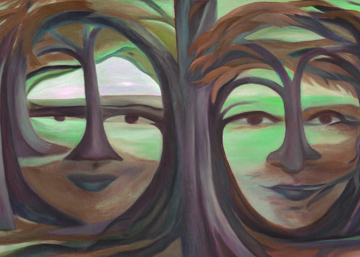 This Indian vision of development has a living relevance for the future evolution of human society. For, as Sri Aurobindo points out, “…in the next great stage of human progress it is not a material but a spiritual, moral and psychical advance that has to be made…”2 The entire humanity in general and the affluent nations of the West in particular are now poised or even compelled to make such an evolutionary leap. It is now recognized by most of the economic and development experts that there are certain ecological limits to economic and material growth, Artha, and most of the affluent societies in the West are on the threshold of these limits. What the ancient Indian seers perceived from the point of view of moral and psychological considerations, modern economic and development thinkers are arriving through the ecological route.

But what is not equally recognized by these modern experts is that just as there is a limit imposed on the economic and material growth in the dimension of Artha by the ecology of the physical and biological dimensions of Nature—the Dharma of our material Mother—there is also a limit to the satisfaction of Kama, the desire for vital enjoyment, by the ecology of the subjective dimensions of Nature. Unchecked and indiscriminate indulgence of vital passions, Kama, whether by the individual, the collectivity or a civilization leads to the exhaustion of the vital energy of the human being and as a result loss of the creative force needed for higher evolution and progress.

The current critical situation in the ecological and energy front has created a wide­spread awareness and interest among the economic community in energy preservation and management. But in a predominantly materialistic civilization like ours, the focus is primarily on the material energies. The preservation and management of human creative energies which are more important or at least as important as material energies is not receiving as much attention.

So what is needed for the secure evolution of humanity and earth is to create an ecologically and psychologically sustainable society in which the spiritual, psychological and material resources and energies of humanity are intelligently preserved and harnessed for the safe and smooth progress of humanity towards its evolutionary destiny. In this task, Indian insights on development, which we have discussed so far, provide a good conceptual framework for contemplation and action.