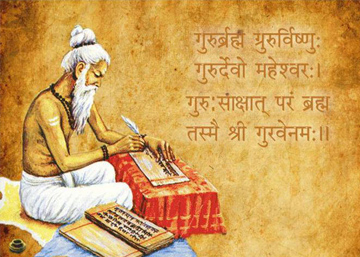 Economics in ancient India, contrary to popular conceptions, was given much importance in the thought and life of the people. The science of economics called ‘Vritta’ formed an important part of the royal curriculum; it was considered as essential for the material well-being of the people, as the Vedas for their spiritual well-being. Ancient Indian thinkers also recognized that the real source of economic prosperity of a nation is not its material resources but the entrepreneurial class—Vaishya. Mahabharata counsels the wise king to encourage the Vaishya because they are the source of production and trade.

The other feature of the ancient Indian economic system is that primary emphasis is not on consumption, acquisition and possession but on spending, sharing and giving. The ancient Indian thinkers are well aware of the fundamental law of wealth generation that wealth is gained not by hoarding but by spending. According to Mahabharata, to increase wealth it has to be spent like scattering seeds. Constant emphasis by the Smritis on dana or ‘giving’ as one of the duties or Dharma of the higher classes created a philanthropic spirit among wealthy and powerful sections of the society which tended to redistribute wealth in social and public welfare projects.

However, in the Indian vision of society, the highest motive and aim of social progress is not economic development or wealth maximization. The socio-economic ideal in ancient India is a progressive, socio-moral well-being of the community through an increasingly conscious manifestation of the moral Law, Dharma, in society. Economic or material prosperity ‘Artha’ and vital enjoyment ‘Kama’ are recognized by the Indian mind as two of the aims of life. But they are not considered the highest or the only goal of life. They are only preparatory stages for the mental, moral and aesthetic development of the individual and the community in the realm of Dharma. And for the individual, even Dharma is not the end but only a stage in his progressive evolution towards his ultimate spiritual consummation, Moksha. As Bhishma says in the Mahabharata: “Dharma, Artha and Kama are not ends in themselves, but are just means to an end, and that end is Moksha.”

One of the major defects of the modem development models patterned on the Western values is that their vision does not extend beyond the Artha–Kama dimensions of the society. Continuous enlargement and fulfilment of the Artha–Kama needs, motives and aims of human beings is considered as the only way to progress. So, economy and polity, especially the first one, have occupied an inordinately large portion of human society, overshadowing and suppressing other equally important organs of the society like culture. But the architects of Indian culture had a more ‘holistic’ vision of development. They aimed at a balanced and gradual development of all the four basic organs of the society, which in the Indian thought are Economy, Polity, Culture and Labour-force. However, the main emphasis is on Culture and Dharma. This is not peculiar to ancient Indian culture alone; it is a common feature of all the great and major ancient civilizations. The only difference is that while other ancient civilizations stressed on the intellectual, aesthetic and ethical dimensions of culture, Indian civilization emphasized on the spiritual and subordinated all other aspects of life to the dominant spiritual motive.

The Indian vision of development is in agreement with the modem development models that the first business of the governing organ of a collectivity is to create a sound, efficient and healthy economic, social and political organization for the fulfilment of the Artha–Kama needs of the people. Hence, economy, society and polity and the science of economics and politics, Vvitta and Dandaniti, occupied an important place in the educational, social and cultural life of ancient India. But ancient Indian thinkers recognized that to stop short and wallow contentedly or to indulge excessively in this stage would lead to a relapse into barbarism. Once the Artha–Kama needs of people are reasonably fulfilled, the governing organ of the society must turn its attention to the development of the higher dimension of the collectivity, to the socio-cultural, moral and spiritual evolution of the community, to the awakening and fulfilment of the Dharmic motives in the people which will elevate the collective consciousness of the community to a higher level of corporate life. In fact, from the beginning, all the four major organs of the society have to be simultaneously developed, though a predominant stress or priority attention to a particular organ of the society may be necessary at each stage of the collective evolution or for strengthening an organ which is underdeveloped.