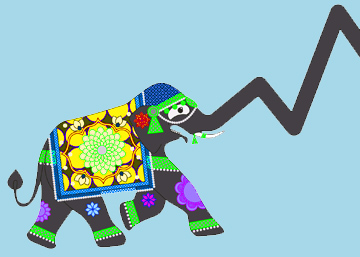 The modern age is characterized by the predominance of the economic motives, overshadowing other equal or even more important motives such as the intellectual, aesthetic and ethical motives of the higher mind of man, which shape the cultural life of the community. However, in the ancient civilizations, economic motives played a much less dominant part and were subordinated to the political and cultural motives. For the higher evolution of humanity in the future, we have to arrive at the right balance between economics and culture. This article examines this balance in the light of modern thought and Indian insights.

One of the oft-repeated arguments of the champions of secularism, thrown constantly against the exponents of the spirit of culture, is the economic factor of poverty, inequality, unemployment, etc. Its triumphant rhetoric is “What is the use of culture and its noble abstractions when more than half of the human population is below the poverty line or without a job?” This sort of rhetoric has an immediate emotional appeal for the unthinking sentimental part of our mind. Paradoxically, the important factor ignored in this economic argument is that the major causes of this economic poverty and inequality lie in the stunted growth of mankind in the spiritual, moral and cultural dimensions due to an excessive and lopsided emphasis on ‘economic development’.

Presently, humanity has sufficient material, scientific and technological resources to produce adequate quantity of food and wealth to eliminate poverty in the world. What it lacks is the moral and spiritual resources for the equitable distribution and sharing of wealth, and, more importantly, the sharing of the means of creating the wealth, which, in current times, is the power of technology. The economic argument is valid only if the economic problem is solely a problem of production. The real problem lies not in production of wealth or technological bottlenecks, but in the distribution and sharing of wealth and technology. An eminent environmental thinker Lester Brown writes in his well-known and influential book:

“Another central component in the existing ethic is a near exclusive emphasis on production and on the acquisition of wealth as an end in itself. A by-product of thousands of years of material scarcity, this must give way to a much greater emphasis on distribution and sharing. Poverty exists in the late twentieth century not because of a lack of technology to raise individual productivity above a minimum level, but because the diffusion of technology and wealth on a global scale has received little attention. Modern man has excelled at production but failed at distribution.”1

One may ask, “Is this not the ideal of the economic system of Marxist communism which collapsed recently?” The problem with Marxism is not with its ideals, but with its methods. Marxism is right in its emphasis on distributive justice. However, the method employed to realize this ideal in society is not on the right track. This problem of distribution cannot be solved solely by technology, management, organization, law or political compulsion, though all these things are needed and helpful. There has to be a cultural revolution in the economic and political community leading to a higher level of spiritual and moral awakening. This means a positive and living awakening to the unity and interdependence of human life and, as a result, elimination of greed and the urge for domination and exploitation, which are some of the major causes of economic and social inequality and poverty. A change in the moral and psychological poise and the lifestyles of the community from the consumptive and acquisitive mode of life to a sharing and giving mode of life is needed. But this inner psychological evolution can come only by a free growth from within the economic community and not through a regimented outer control of the economic system.

The second factor which the economic argument ignores is the close and mutual interdependence of culture and economy. Cultural progress and its new thought, values and ideals release a fresh wave of intellectual, moral and spiritual force, which has a positive and inspiring effect on the economic, social and political life of the community. When we examine the history of human civilization we can see that a cultural renaissance is always followed by economic prosperity, social progress and political stability. On the other hand, economic prosperity and political stability provide the leisure and free energy needed for cultural pursuits and as a result may bring with it a cultural renaissance. We are stressing on culture because it is a deeper and higher dimension of the collective life with a bearing on the moral and spiritual evolution of humanity and therefore of living relevance for the future evolution of Mankind. In this important issue the balance struck between these two sections of the society by ancient Indian culture may yield some useful insights.