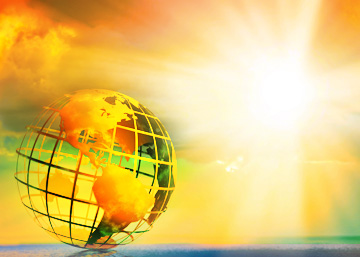 The scene was the beginning of the birth of a great modern Nation. The free and independent colonies of America, liberated from their colonial masters, were trying hard to join together into a federation. The leaders of the colonies had formed a convention to discuss and chalk-out a constitution for the newly forming Nation. But there was intense conflict, bickering and disagreement among the leaders. Even after repeated sitting and long discussion, the convention was unable to come to a consensus. At this juncture, Benjamin Franklin, the scientist, inventor, statesman and one of the founding fathers of America, addressed the convention, passing the following resolution in which he requests the delegates to pray and invoke the Divine for help. The modern secular thinker objects to mixing of politics with religion. But Benjamin Franklin, one of the greatest scientific minds of our age, felt no conflict or hesitation in praying for God’s help in the secular and political task of nation-building. The other interesting feature of this address by Franklin is that a great American leader was expounding an ancient Indian spiritual perspective in a modern, secular institution.

The small progress we have made after four or five weeks’ close attendance & continual reasonings with each other, our different sentiments on almost every question is, methinks a melancholy proof of the imperfection of the human understanding.

We indeed seem to feel our own wont of political wisdom, since we have been running about in search of it. We have gone back to ancient history for models of government, and examined the different forms of those Republics which having been formed with the seeds of their own dissolution, now no longer exist; and we have viewed modern states all round Europe, but find none of their Constitutions suitable to our circumstances.

In the situation of this Assembly groping as it were in the dark to find political truth, and scarce able to distinguish it when presented to us, how has it happened, Sir, that we have not hitherto once thought of humbly applying to the Father of lights to illuminate our understandings? In the beginning of the contest with Britain, when we were sensible of danger we had daily prayer in this room for the divine protection. Our prayers, Sir, were heard, and they were graciously answered. All of us who were engaged in the struggle must have observed frequent instances of a superintending Providence in our favour. To that kind Providence we owe this happy opportunity of consulting in peace on the means of establishing our future national felicity. And have we now forgotten that powerful Friend? Or do we imagine that we no longer need His assistance?

I have lived, Sir, a long time and the longer I live, the more convincing proofs I see of this truth that GOD governs in the affairs of men. And if a sparrow cannot fall to the ground without his notice, is it probable that an empire can rise without his aid? We have been assured, Sir, in the sacred writings that “except the Lord build they labour in vain that build it.” I firmly believe this; and I also believe that without His concurring aid we shall succeed in this political building no better than the Builders of Babel: we shall be divided by our little partial local interests; our projects will be confounded, and we ourselves shall become a reproach and a bye word down to future age. And what is worse, mankind may hereafter this unfortunate instance, despair of establishing Governments by human wisdom, and leave it to chance, war, and conquest.

The author was one of the Founding Father of United States of America. He was a noted polymath, a leading author, politician, scientist, inventor, theorist and civic activist. As a scientist, he was a major figure in the Enlightenment and the history of physics for his discoveries and theories regarding electricity.