Fourth Dimension Inc. > Society and Culture > The Significance of Culture 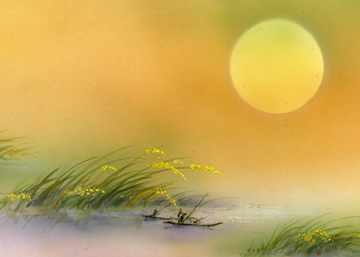 Culture is not merely the outer forms of music and dance or the customs, traditions and values. It is the aspiration and effort to govern our lower nature made of our physical, sensational and emotional being by our higher self made of our rational, ethical, aesthetic and spiritual being and create a harmonious whole of body, mind, and soul.

The whole aim of a great culture is to lift man up to something which at first he is not, to lead him to knowledge though he starts from an unfathomable ignorance, to teach him to live by his reason, though actually he lives much more by his unreason, by the law of good and unity, though he is now full of evil and discord, by a law of beauty and harmony, though his actual life is a repulsive muddle of ugliness and jarring barbarisms, by some high law of his spirit, though at present he is egoistic, material, unspiritual, engrossed by the needs and desires of his physical being. If a civilisation has not any of these aims, it can hardly at all be said to have a culture and certainly in no sense a great and noble culture. But the last of these aims, as conceived by ancient India, is the highest of all because it includes and surpasses all the others. To have made this attempt is to have ennobled the life of the race; to have failed in it is better than if it had never at all been attempted; to have achieved even a partial success is a great contribution to the future possibilities of the human being.

A true happiness in this world is the right terrestrial aim of man, and true happiness lies in the finding and maintenance of a natural harmony of spirit, mind and body. A culture is to be valued to the extent to which it has discovered the right key of this harmony and organised its expressive motives and movements. And a civilisation must be judged by the manner in which all its principles, ideas, forms, ways of living work to bring that harmony out, manage its rhythmic play and secure its continuance or the development of its motives. A civilisation in pursuit of this aim may be predominantly material like modern European culture, predominantly mental and intellectual like the old Graeco-Roman or predominantly spiritual like the still persistent culture of India.

The knowledge of the thinker and the seer
Saw the unseen and thought the unthinkable,
Opened the enormous doors of the unknown,
Rent man’s horizons into infinity.
A shoreless sweep was lent to the mortal’s acts,
And art and beauty sprang from the human depths;
Nature and soul vied in nobility.
Ethics the human keyed to imitate heaven;
The harmony of a rich culture’s tones
Refined the sense and magnified its reach
To hear the unheard and glimpse the invisible
And taught the soul to soar beyond things known,
Inspiring life to greaten and break its bounds,
Aspiring to the Immortals’ unseen world….
Sculpture and painting concentrated sense
Upon an inner vision’s motionless verge,
Revealed a figure of the invisible,
Unveiled all Nature’s meaning in a form,
Or caught into a body the Divine.
The architecture of the Infinite
Discovered here its inward-musing shapes
Captured into wide breadths of soaring stone:
Music brought down celestial yearnings, song
Held the merged heart absorbed in rapturous depths,
Linking the human with the cosmic cry;
The world-interpreting movements of the dance
Moulded idea and mood to a rhythmic sway
And posture; crafts minute in subtle lines
Eternised a swift moment’s memory
Or showed in a carving’s sweep, a cup’s design
The underlying patterns of the unseen:
Poems in largeness cast like moving worlds
And metres surging with the ocean’s voice
Translated by grandeurs locked in Nature’s heart
But thrown now into a crowded glory of speech
The beauty and sublimity of her forms,
The passion of her moments and her moods
Lifting the human word nearer to the god’s.
Man’s eyes could look into the inner realms;
His scrutiny discovered number’s law
And organised the motions of the stars,
Mapped out the visible fashioning of the world,
Questioned the process of his thoughts or made
A theorised diagram of mind and life.

The culture of a people may be roughly described as the expression of a consciousness of life, which formulates itself in three aspects. There is a side of thought, of ideal, of upward will and the soul’s aspiration; there is a side of creative self-expression and appreciative aesthesis, intelligence and imagination; and there is a side of practical and outward formulation. A people’s philosophy and higher thinking give us its mind’s purest, largest and most general formulation of its consciousness of life and its dynamic view of existence. Its religion formulates the most intense form of its upward will and the soul’s aspirations towards the fulfillment of its highest ideal and impulse. Its art, poetry, literature provide for us the creative expression and impression of its intuition, imagination, vital turn and creative intelligence. Its society and politics provide in their forms an outward frame in which the more external life works out what it can of its inspiring ideal and of its special character and nature under the difficulties of the environment. We can see how much it has taken of the crude material of living, what it has done with it, how it has shaped as much of it as possible into some reflection of its guiding consciousness and deeper spirit. None of them express the whole secret spirit behind, but they derive from it their main ideas and their cultural character. Together they make up its soul, mind and body.

In Indian civilization philosophy and religion, philosophy made dynamic by religion, religion enlightened by philosophy have led, the rest follow as best they can. Indian culture has been from the beginning and has remained a spiritual, an inward-looking religio-philosophical culture. Everything else in it has derived from that one central and original peculiarity or has been in some way dependent on it or subordinate to it; even external life has been subjected to the inward look of the spirit.

In laying this stress on culture, on the things of the mind and the spirit there need be no intention of undervaluing the outward material side of life; it is not at all my purpose to belittle that to which Nature always attaches so insistent an importance. On the contrary, the inner and the outer depend upon each other. For we see that in the life of a nation a great period of national culture and vigorous mental and soul life is always part of a general stirring and movement which has its counterpart in the outward political, economic and practical life of the nation. The cultural brings about or increases the material progress but also it needs it that it may itself flourish with an entirely full and healthy vigour.