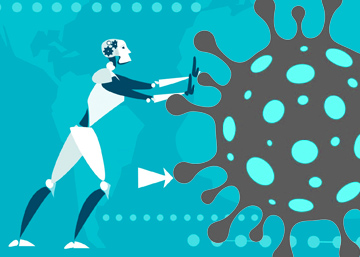 Attacks of illness are attacks of the lower nature or of adverse forces taking advantage of some weakness, opening or response in the nature,—like all other things that come and have got to be thrown away, they come from outside. If one can feel them so coming and get the strength and the habit to throw them away before they can enter the body, then one can remain free from illness. Even when the attack seems to rise from within, that means only that it has not been detected before it entered the subconscient; once in the subconscient, the force that brought it rouses it from there sooner or later and it invades the system. When you feel it just after it has entered, it is because though it came direct and not through the subconscient, yet you could not detect it while it was still outside.  Very often it arrives like that, frontally or more often tangentially from the side, direct, forcing its way through the subtle vital envelope which is our main armour of defence, but it can be stopped there in the envelope itself before it penetrates the material body. Then one may feel some effect, e.g. feverishness or a tendency to cold, but there is not the full invasion of the malady. If it can be stopped earlier or if the vital envelope of itself resists and remains strong, vigorous and intact, then there is no illness; the attack produces no physical effect and leaves no traces.

The feeling of illness is at first only a suggestion; it becomes a reality because your physical consciousness accepts it. It is like a wrong suggestion in the mind; if the mind accepts it, it becomes clouded and confused and has to struggle back into harmony and clearness. It is so with the body consciousness and illness. You must not accept but reject it with your physical mind and so help the body consciousness to throw off the suggestion. If necessary, make a counter-suggestion, “No, I shall be well; I am and shall be all right.” And in any case call in the Mother’s Force to throw out the suggestion and the illness it is bringing.

By suggestion [of illness] I do not mean merely thoughts or words. When the hypnotist says, “Sleep”, it is a suggestion; but when he says nothing but only puts his silent will to convey sleep or makes movements of his hands over the face, that also is a suggestion.

When a force is thrown on you or a vibration of illness, it carries to the body this suggestion. A wave comes in the body —with a certain vibration in it, the body remembers “cold” or feels the vibrations of a cold and begins to cough or sneeze or to feel chill—the suggestion comes to the mind in the form, “I am weak, I don’t feel well, I am catching a cold.”

A suggestion is not one’s own thought or feeling, but a thought or feeling that comes from outside, from others, from the general atmosphere or from external Nature,—if it is received, it sticks and acts on the being and is taken to be one’s own thought or feeling. If it is recognised as a suggestion, then it can be more easily got rid of. This feeling of doubt and self-distrust and hopelessness about oneself is a thing moving about in the atmosphere and trying to enter into people and be accepted; I want you to reject it, for its presence not only produces trouble and distress but stands in the way of restoration of health and return to the inner activity of the sadhana.

There is a general suggestion in the air about catching dengue or influenza. It is this suggestion that is enabling the adverse forces to bring about symptoms of this kind and spread the complaints; if one rejects both the suggestions and the symptoms, then these things will not materialise.

That is how illnesses try to come from one person to another— they attack, by a suggestion like this or otherwise, the nervous being and try to come in. Even if the illness is not contagious, this often happens, but it comes more easily in contagious illnesses.

These auto-suggestions [of being restored to good health]—it is really faith in a mental form—act both on the subliminal and the subconscient. In the subliminal they set in action the powers of the inner being, its occult power to make thought, will or simple conscious force effective on the body—in the subconscient they silence or block the suggestions of death and illness (expressed or unexpressed) that prevent the return of health. They help also to combat the same things (adverse suggestions)in the mind, vital, body consciousness. Where all this is completely done or with some completeness, the effects can be very remarkable.