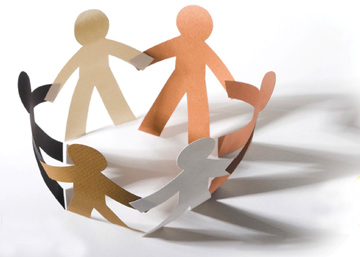 Unity in Diversity is one of the fundamental principles of life; it is also the right foundation for the long-term success and effectiveness of a group like a community, organisation or nation. As an organisation expands and diversifies into many distinct units or division, it has to forge a common ground which gives identity and stability to the group. This article examines this problem of forging unity in diversity in an organisation in the form of a case study.

The Challenge of Unification

Liu Seng, COO of Matz Hotels recalled the concluding remarks of his boss, Vijay Malhotra, CEO and the founder of Matz when he took charge as the COO of Matz. Vijay told Seng:

“We built our company in the beginning on the strategic principles of uniqueness, diversity and radical decentralization.

We can say we are fairly successful in this strategic thrust. But the main problem we are facing at present is the lack of a common identity. Each unit head is running his or her hotel-like his or her little fiefdom without much connection or allegiance to the larger corporate whole.

I strongly feel if we want to move forward and further, we have to build connectivity, a common thread, and a unifying theme. I would like to take this as your first mission.”

Matza Hotels is one of most diversified hotel chains in Asia with its hotels in almost all the big commercial and tourist centres of Asia like Singapore, Hong Kong, India, China, Thailand, Sri Lanka with a wide range of city, beach and mountain hotels; hotels for families, couples, singles, business people, historical, young, old; spas, conference centres. The company had always preferred to emphasise the distinct personalities of its properties, each of which is tailored to its locale. Operations were highly decentralized.

Each hotel retained its own identity, managed its own business with full P\L responsibility, ran its own incentive programme and handled its relations with key-intermediaries. The benefit was diversity and flexibility. The downside was, as Vijay Malhotra explained to Seng, lack of a larger and common identity of the Matz brand or group among the employees as well as customers.

Seng thought what Matz needs at present is a common culture that binds employees and effective branding which projects a unique corporate identity of Matz to its customers. As the first step in this difficult journey, Seng decided to have personal discussions with senior executives of Matz and the managers of some of the most well-managed and profitable hotels in the Matz chain.

Seng’s first choice was Kim Borswik, Manager of a luxurious Matz hotel in Hong Kong. Kim was a young, attractive 32-year old, South Korean woman, with a successful career in the hotel industry. Kim greeted Seng with a warm smile and a soft handshake. “Welcome to Hong Kong,” said Kim. “Is this your first visit to Hong Kong.” Seng said, “I have been here a few times before.” After some formal small talks, Seng asked in a soft voice, “Kim I have already briefed you regarding what we are trying to do to give a new direction to Matz. Tell me frankly what do you feel about it.” Kim looked straight at Seng’s eyes for a few seconds and said, “I hope you don’t mind if I am frank.” “In fact, I prefer and appreciate frankness much more than a polite acceptance,” replied Seng. After a few minutes of silence Kim said thoughtfully: “Seng, culture, branding is traditional management methodologies. But I am not sure whether they are needed for a richly-diversified company like Matz. If you want culture, this diversity, uniqueness of each hotel and the independence and autonomy of our managers, is our culture. Regarding branding, it is a western concept and companies in the west spend much money on this concept. But we don’t know to what extent it helps in improving customer response. You must note Seng, that most of the highly successful Asian companies do not spend much money on branding. As long as our hotels are making money, employees and customer are happy. Then what is the need for creating a new culture or branding?”

Seng felt a genuine appreciation for the sharp mind of this young woman manager, though he did not entirely agree with her.

“You have made a valid point, Kim,” said Seng. “However don’t you think we need a common uniting thread running through our hotel and present a common image to our customer on what we stand for as a group.” “Maybe,” said Kim “Look, Seng, I am not against culture or branding, but it requires much thought and consideration.” Seng said with a smile, “Yes, I agree. Thank you, Kim, for your thoughtful points, which I will keep in mind.” As Seng rose from his seat holding Kim’s hands, Kim said, “There is one more point, Seng. I am telling this based on my interactions with other managers of Matz hotels. This independence, autonomy we have here is a unique advantage of Matz for attracting talent.

I came to Matz because of this autonomy rejecting other lucrative offers from more reputed hotel chains.”

As Seng went through his first round of discussions with Matz’s managers he found most of them had more or similar views as that of Kim. There is a general resistance to the new initiative. How to overcome this resistance and build common ground?

The resistance from Matz’s managers is not surprising. They are living a comfortable life in their own small fiefdom and therefore they are apprehensive that the new initiative may disturb the status quo. There were valid points in Kim’s argument especially related to branding, autonomy and attracting talent. However, more diversified and decentralized a company, greater the need for a unifying force that can create a larger whole which is more than the sum of its parts.

Seng is also right in thinking that culture can be such a unifying force. The essence of culture is shared vision, values or a purpose. Each company has to find a unifying system of values. But what is the criterion for determining these values? The system of values for an organisation must have a universal as well as a specific dimension; it must contain elements of universal human values like truth, beauty, goodness, harmony, unity which evoke the deeper and higher self in people and inspire them towards self-transcending action; it must also contain elements which reflect the unique nature of the company and the geographical, national or continental environment or culture in which the company grew up or functions.

An example of such a system of values in the hotel industry is Taj Hotels in India. Recently, Taj was admired for the exemplary bravery and selflessness of its employees in handling the terror attack and protecting its customers.

This exemplary behaviour is the result of a carefully ingrained culture based on universal human values as well as the more specific values of the Indian cultural tradition. In a thoughtful article on the culture of Taj in Harvard Business Review, Rohit Deshpande and Anjali Raina, articulate the following principles as the basis of Taj system of values:

§ Placing customers above the Company

§ Taj recruiters look for three character traits: respect for elders (how does he treat his teachers?); cheerfulness (does she per­ceive life positively even in adversity?); and neediness (how badly does his family need the income from a job?

§ The Taj Group prefers to go into the hin­terland because that’s where traditional Indian values—such as respect for elders and teachers, humility, consideration of others, discipline, and honesty—still hold sway. In the cities, by contrast, youngsters are increasingly driven by money, are happy to cut corners, and are unlikely to be loyal to the company or empathetic with customers.

§ Taj recruiters emphasise more on hiring people with integrity and devotion to duty than on acquiring those with talent and skills.

§ What the Taj Group looks for in managers is integrity, along with the ability to work consistently and conscientiously, to always put guests first, to respond beyond the call of duty, and to work well under pressure.

We can see here that Tata System of values contains universal elements like integrity and character as well as values that are specific to Indian culture like respect for elders. Seng must try to evolve such a unifying system of values for the Matz group. Since Matz is confined to Asia, its value system has to reflect the uniquely Asian values. However, shared value is only one aspect of cultural unity. The other factors are:

§ Sharing of cultural knowledge and information related to different locations and nations where the hotels are situated.

§ Rotation of manager and executives across geographical location

§ Common training, development and leadership programmes for employees at all levels.

§ Active involvement and participation of all hotel managers in formulating future plans and strategies of the group as a whole.

This kind of interactions between people at various units of diversity creates a sense of unity and synergy among employees and also enhances the energy-level and creative potentialities of collective life.

The other issue is branding. As Kim points out, companies in the west spend so much money and effort on branding, with questionable impact on the customer.

However, presenting an attractive and meaningful idea or image of what Matz stands for to the customer can perhaps have a positive impact on the customer. For Matz, the brand idea could be providing the “Asian experience” to the customer, which means giving a clear understanding and a vivid experience of the unique intellectual, aesthetic and spiritual genius of Asia. There are well-known ways of creating this kind of experience like for example:

§ Permanent exhibitions in each Matz hotel which presents a deeper insight into the unique history, culture and society of Asia and also that of each nation where Matz hotels are located.

§ Small libraries with books containing the best literature on Asia

§ Shops displaying and selling the arts and crafts