Fourth Dimension Inc. > Society and Culture > India and the West 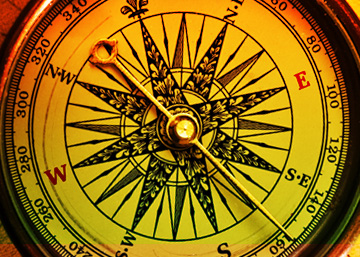 India has the spiritual vision and inspiration. The modern West has the genius for outer organization. Both have to work together for the fulfillment and perfection of human life. This is the message conveyed in this inspiring article by the well-known Nobel Laureate Poet of India.

In every age the spiritual ideal has found its highest expression in a few specially gifted individuals. Such are to be found in India even today, often in the most unlikely places – among the apparently sophisticated, as well as among the unlettered and outwardly uncultured – startling us with the wonderful depth of their spiritual perception and insight. I do not feel that India has lost her spiritual heritage, for it is clear to me that her highest thought and activity is still spiritual. In the old days, however, the simpler environment – the comparative freedom from so many diverse and conflicting interests – permitted of the easy permeation of this ideal, with the result that Truth was recognized and realized not only intellectually but also in the details of everyday life.

A distinguishing characteristic of this spiritual civilization, was its inclusiveness, its all-comprehensiveness. Aliens were assimilated into the synthesis; their widely differing modes of thought and life and worship being given their due places in the scheme by a marvelous interpretative process. But while the evolution of the spirit thus proceeded upon highly complex lines, the growth of the material body went on in a simple unorganized fashion, so that the time arrived when the messages of the spirit could no longer find their way unimpeded throughout, resulting in differences of spiritual intensity, and consequent compromises and aberrations in the character of its manifestations.

The problem of India therefore does not seem to be that of re-establishing its lost ideals, but rather of reforming its overgrown body so as to harmonise with and give free and fitting expression to its ever-living soul. In the west the situation seems to be just the opposite. There we see a highly organized body, as it were, of which the soul is dormant, or at least, not fully conscious. While our soul is in search of an adequate body for want of which it cannot give its inspirations effective shape, and succeeds only in displaying to the outside world various incongruities clothed in phantastic forms, we find the west deploring its lack of spirituality.

If the spiritual genius of India is not to prove futile for the purposes of humanity then its needs must seek to acquire the art of body-building. May it not be possible, in that quest, to avail ourselves of the assistance of the West without treading that slippery path of imitation which leads only to self-destruction?

The author was the Asia’s first Nobel laureate poet, visual artist, playwright, novelist, educator, social reformer, nationalist and composer. He was also a leader of the Brahmo Samaj and founder of Visva Bharati, a central university and an institution of national importance.