Fourth Dimension Inc. > Society and Culture > IT and Changing the World 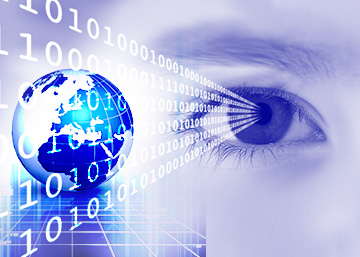 Whenever a new technology comes, technophiles proclaim a “revolution” which will “change everything”. It may bring out great changes in the outer life, but when we examine a little deeper, we will understand that it doesn’t lead to any radical changes in human life in its essence. This is because we are the world. The world we create is the outer expression of our inner nature. There can’t be any real or radical changes in our outer life without a deep change in our human nature or consciousness, which means technology cannot change the world. This article examines this fundamental principle of Eastern spirituality in the context of IT and its impact on human life.

Nobody can deny the tremendous impact of IT in the economic, industrial and commercial life and also to a lesser extent in the social sphere, like for example its potential for distributed decision-making, tele-commuting or work-life balance. However some of the not-so-desirable impacts of IT are now becoming more and more visible.

Many thinkers have expressed their apprehension that IT may lead to a widening gap between the info-rich and the info-poor. And since in the future the main source of wealth will be “knowledge” and not capital or material resources, the gap between the info-rich and info-poor may lead to a corresponding gap between the economically rich and poor. Initially it was thought IT will be eco-friendly because it seemed to be non-polluting, and reduce paper consumption. But some of the latest research shows most of these optimistic hopes have not materialised. Discarded computers are found to be highly toxic to the environment and posing serious waste-disposal problems. The utopia of paperless office has become a joke because, after the advent of IT, paper consumption has increased manifold!

Let us now have a look at the way IT is used by humanity at present. For any technology is only a tool; how much it benefits humanity depends to a large extent on the quality, motives and values of the consciousness which uses it. So a quick glance at the present patterns of IT usage may indicate the present condition of humanity and what IT cannot change.

According to the Guinness Book of Records, Millennium Edition, the most frequently used search-word on the Internet is “sex” with an average of 1.55 million searches a month; in the second place comes “chat”, which means some form of gossip, with around four lakhs searches per month. Not all chat in internet may be of the gossiping type. There may be professional chat corners which may be useful for the chatters. But in general internet chat may be called as global e-gossip! We need not reel out statistics to show that the most extensive use of IT is in business or E-commerce; it is obvious to everyone who is watching the rapid spread of IT in business. Next to business, the other large-scale use of IT is in the defence establishment and for spying, which means for power. According to the well-known futurist thinker Alvin Toffler, the future wars will be fought more in cyberspace than in geographical space. In India recently a top commander of the Armed Forces exhorted the officers of the army to prepare for the “info-war” of the future. According to a report, one of the most efficient and effective user of IT is the Alqueda terrorists! The other area in which use of IT is spreading fast is entertainment. So, what are the predominant motives for using IT? It is the motive for power, wealth, sex, gossip and entertainment. Surely, IT is also used for education, research and medicare. But the use of IT for these higher motives is relatively much less in comparison to its use for the lower motives. This is because the dominant interests of humanity in its present condition are not those of knowledge but of wealth, power and enjoyment.

So what IT has changed? Definitely not “everything”. To change “everything” there must be a radical change in human nature. Interestingly, Alan Greenspan, former Chairman of the Federal Reserve of US, talking about the financial meltdown said: “Its human nature, unless somebody can find a way to change human nature we will have more crisis and none of them look like this because and no two crisis have anything in common except human nature.”

And no technology, information, bio or nano, can change human nature. Biotechnology can perhaps bring about some fundamental changes in physical nature by genetic engineering and therefore can be of great help in curing incurable diseases or genetic defects. But from a long-term perspective, such changes effected by bio-technology may not amount to much in terms of health and well-being of humanity. For as long as the inner nature of human being remains defective this imperfection will creep into the physical nature through the “psycho-somatic” principle and new diseases will replace old ailments. For example medical science was able to more or less eliminate cholera or tuberculosis in the West but they were replaced by cancer and HIV. Bio-technology may one day find an easy cure for cancer or HIV but as long as the inner nature of man is full of greed, negativities and perversion, this inner darkness will manifest itself in the physical in the form of new maladies. This principle applies to all attempts to achieve human or societal perfection through outer methods like technology or organization.

We would like to mention here that we are not against the use of IT in business or entertainment or defense. What we are trying to convey here is that as long as the dominant motives and values of human life are utilitarian, materialistic, sensuous and selfish, technology by itself, however powerful and efficient it may be, cannot lead to any radical change in human life. On this subject of limitations of technology, Peter Senge, a leading and influential management thinker, made the following thoughtful observations, which are worth pondering over:

“Many people seem to believe that technology is the major driver of change – that is a conventional cultural story in industrial societies. Personally, I think that only the most superficial changes are being brought about by technology.

The sole exception I would make to that is in so far as technology moves information, you can argue that Radio Free Europe did more to break down the Soviet Union than political pressure, so clearly the movement of information is not trivial. But did it change so fundamentally how anybody thought? Did it pave the way for the emergence of effective twenty-first century institutions in Russia and in Eastern Europe? Surely, the events of the past few years would lead us to question that.”

IT might have helped us to become faster, more efficient and productive. But does a faster and a more productive or efficient life lead to a better and a more qualitatively superior life? Here again Peter Senge’s reflections on this question are interesting:

“Now most of what is going on in technology, I believe, falls into the category of doing what people have always done, but faster. We westerners seem especially attracted to ‘more’ and ‘faster’ as the essence of innovation. We never think we do anything fast enough, so we always want to do things a little faster. This is insane at some level, since no one has ever figured out how to enhance the quality of life faster. Usually, things that enhance the quality of life involve slowing down, not speeding up. But, of course, we are focused more on quantity than quality of life, so speed is very alluring to us.”

However, as Peter Senge indicates, the benefits and potentialities of IT are not trivial. Among all technologies, IT has the highest potential for uplifting humanity. When this potent gift of modern technology is used at the service of a greater idea and higher values, it can be a powerful instrument for a true and lasting social transformation.